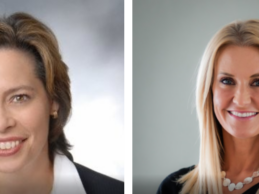 In our ever-changing world, clinicians nowadays must find more efficient ways to operate with fewer resources. Increased patient loads, reimbursement changes, rule and regulation adjustments and thin margins, all while being short-staffed can be compared to a smoldering bonfire that reignites every time the wind blows. As if that weren't enough, post-acute providers will begin to feel even more heat if they don’t embrace interoperability. Our global demographics simply will not be able to
END_OF_DOCUMENT_TOKEN_TO_BE_REPLACED 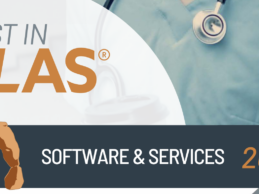 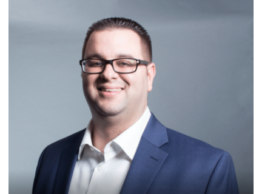 Historically, analytics capabilities for healthcare organizations have been offered in siloed solutions. These solutions provide quick insights but not the longitudinal patient, financial, and operational views organizations need to truly move the needle in their efforts to improve care and reduce costs. The good news is that as organizations’ analytics needs have expanded, so have vendor offerings. A number of vendors now offer consolidated, end-to-end platforms that provide a wide variety of
END_OF_DOCUMENT_TOKEN_TO_BE_REPLACED 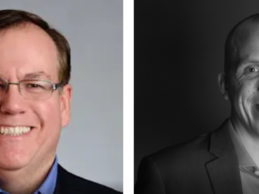 Controlling healthcare costs while delivering faster and better patient care is predicated upon the secure digitization and distribution of health information, from clinicians to medical devices to EMR and EHR systems, and more. The healthcare blueprint looks and operates much differently from what’s built for other industries, with vendors and other third parties supplying most of the components that make up today’s healthcare provider infrastructure. It’s increasing the attack surface area,
END_OF_DOCUMENT_TOKEN_TO_BE_REPLACED 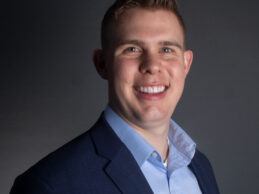 Often when we talk about the opioid epidemic, the focus is rightly on the suffering that the situation has caused. However, it’s important not to miss the surrounding context of this crisis, and what various health systems have started to uncover.  Currently, health systems face a huge challenge in tracking and managing their controlled substances. One of the technology-based solutions to the problem is drug diversion monitoring systems, which KLAS reported on in a recent report. While
END_OF_DOCUMENT_TOKEN_TO_BE_REPLACED 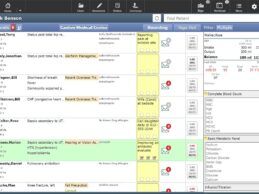 What You Should Know: - Small community hospitals (1–200 beds) leaders cite MEDITECH Expanse Acute Care EMR as a leader in delivering the most consistent customer experience, according to a new KLAS report. The KLAS report reveals that while Epic and Cerner EMRs leads in performance among large organizations they don’t deliver as consistently for smaller hospitals. Customers cite their approaches to the community market—hub-and spoke relationship (Epic) and shared server (Cerner)—create
END_OF_DOCUMENT_TOKEN_TO_BE_REPLACED 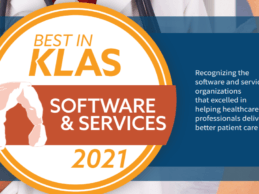 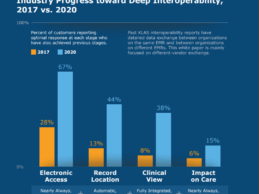 What You Should Know: - New CHIME-KLAS interoperability report reveals steady progress in some areas related to interoperability and leaps forward in others. - A total of 67% of provider organizations reported they often or nearly always had access to needed records in 2020, up from 28% in 2017. Providers noted improvements in functionality and usability for tasks like locating and viewing records.  Both providers and the companies that produce the hardware and software needed
END_OF_DOCUMENT_TOKEN_TO_BE_REPLACED 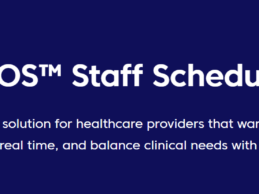 What You Should Know: - HealthStream acquires Change Healthcare’s staff scheduling business for $67.5M in cash which includes the ANSOS™ Staff Scheduling (“ANSOS”) platform and related products. - The acquisition will help establish HealthStream as a market leader in healthcare workforce scheduling business. HealthStream, a leading provider of workforce and provider solutions for the healthcare industry has entered into a definitive agreement to acquire Change Healthcare’s
END_OF_DOCUMENT_TOKEN_TO_BE_REPLACED