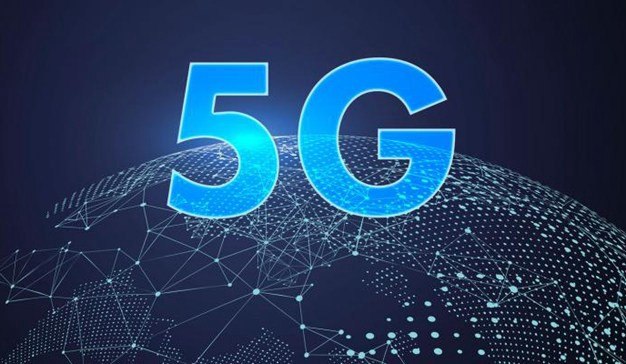 It’s a fact. The more bandwidth-intensive connected medical devices and mobile devices our hospitals deploy, the more we are straining our health IT infrastructures. Something has to give. Many communications leaders see 5G technology’s real-time high bandwidth and lower latency access as powerful new technology features that are needed to expand healthcare applications’ capabilities and the functioning of medical devices, robotics, and mobile devices. Some say 5G will be transformative. Others say it won’t be sufficiently transportable geographically to achieve the high goals promised by carrier companies. And… rumbling in the background are the outlier worries that 5G itself could be a health risk that matters more than technology advances.

Here’s what you should know.

What is 5G? Here are the positives and the downsides for healthcare:

This is a quick summary description of a complex subject, but for a more detailed understanding check out this excellent article at PC Magazine or at Verizon’s 5G page.

5G the next (fifth) generation of cellular technology, will greatly increase the speed, coverage and responsiveness of wireless networks. Verizon’s network will enable speeds exceeding 1 gigabit per second, which is up to100 times faster than the typical cellular connection. Just as important: 5G’s low “latency” (the response time between sending a data request to the network, and receiving the data) will reduce lag time from 4G’s current 20 milliseconds to as little as one millisecond.  It may not seem dramatic, but this responsiveness will be critical to the success of many new healthcare technologies. At least one more benefit: 5G networks will connect to a much greater number of devices than current cellular networks can handle, thus expanding the Internet of Things (IoT) from dog collars to dishwashers to dental bitewings to real-time remote surgeries.

Downsides of 5G in Healthcare:

1. First, let’s clarify the rumble about alleged health risks due to 5G’s higher radio frequencies (RF). Carriers have fought this battle with cellular naysayers for at least 20 years starting with Gen 1, but the FDA continues to report that there is no validity to the worries. A recent National Toxicology Program study linked high levels of cell phone radiation on the whole bodies of rats to some evidence of carcinogenic activity in 6% of the males. Radiation from networks was not part of the study.  Dr. Jeffrey Shuren, director of the FDA’s Center for Devices and Radiological Health said “The totality of the available scientific evidence continues to not support adverse health effects in humans caused by exposures at or under the current radiofrequency energy exposure limits.” The NIH, National Cancer Society, World Health Organization, FCC and many other sources agree.

2. A genuine drawback is that 5G’s range isn’t great, especially when obstructions such as trees or buildings exist. As a result, telecom carriers will deploy many more small cellular radios or antennas, called small cells and sized like a backpack, in areas that get a 5G signal — as close to each other as hundreds of feet apart. They are typically installed on existing utility poles or streetlights. The telecom industry already uses small cells to extend 3G, 4G, and LTE, but over 2 million are expected by 2021.

3. Some residents of urban areas like Oakland, California are already resisting these installations, many of which will be near homes, expressing esthetic concerns and worries that the small-cell antennas could emit harmful electromagnetic waves, despite reports to the contrary mentioned above.  But the federal Telecommunications Act of 1996 prohibits local governments from blocking their installation as long as the emissions fall below the levels the FCC deems safe. A 2018 order by the Federal Communications Commission restricts the ability of cities to regulate 5G even more.

4. Rollout costs of 5G and related infrastructure improvements, plus increased maintenance costs are also a big concern, especially since it is logical to expect that customers will bear at least part of those costs. McKinsey & Company reports that mobile operators are looking to develop strategies to cope with this growth in network costs. “Standard measures will involve cost-saving efforts, but they will also need to explore more alternative approaches, such as network sharing (the joint building of new 5G networks) and new revenue models.”

5. But the biggest issue may be rural access: how will carriers bring 5G to northern Arizona or southern New Mexico, for example, where no G’s are still often the reality? The FCC plans to cover 90% of the population with millions of small cells in the next five years, but that 90% only covers 36% of our geography — mostly urban areas. This map provided by PC Magazine illustrates some of the deployments in cities that the various carriers have already promised. CNN Business reports that at least 25 cities have been designated as early recipients, but analysts don’t expect widespread coverage before 2020.

6. What are the prospects for rural and small-town America and the population that remains the most underserved by healthcare institutions? So far, it appears that 5G’s multi-gigabit speeds and massive capacity will mostly be an urban phenomenon.  Rural areas will get a form of 5G called “low-band” or “sub-6” 5G, which will have less capacity but still have lower latency and be able to work with large networks of industrial sensors. Low-band 5G can use existing towers and existing coverage areas, but its increased capacity probably won’t even equal speeds that the average home gets today with 4G.

7. Many rural areas such as northern Arizona, southern Utah, much of Wyoming, Idaho, Montana, Maine, and probably many others still get little or no cellular coverage, based on my own experience over the last year. In a 2016 paper, scientists from nine countries including the US concluded that only government subsidies would turn 5G into a real solution for rural broadband issues.

8. Getting massive bandwidth to rural America using the current 5G infrastructure technology that relies on small cell antennas is essentially impossible. Hopefully, we will see technological advances that will close the gap in availability. For example, perhaps creatively distributed networks could enable one or more 5G access points to serve a broader area via smaller base stations spread over several miles and somewhat balance coverage and speed at least for hospitals and other critical services.

Projected positives for 5G in Healthcare:

AT&T, Verizon, and many downstream healthcare hardware and application vendors are touting 5G as potentially transformational for our industry. The benefits may be enormous:

1. Adding a high-speed 5G network to existing architectures will help quickly and reliably transport huge data files of medical imagery like MRIs and PET scans. The PET scanner at the Austin Cancer Center generates huge files — up to 1 gigabyte of information per patient per study. With low bandwidth networks, transmission can take a long time or even abort. This means the patient waits even longer for treatment and providers can see fewer patients in the same amount of time.

2. 5G will finally bring telemedicine into the healthcare Internet of Things forefront because it will enable real-time high-quality mobile-based video. Carriers tout projections that patients will be treated sooner and have access to specialists outside of their areas, and doctors will be able to collaborate more efficiently. A study by Market Research Future reported that the telemedicine market is expected to grow at a compound annual growth rate of 16.5% from 2017 to 2023, but 5G in both urban and rural areas will be needed. Greater network speeds mean that the demand by patients of “anytime, anywhere” medicine will continue to grow.  As discussed above, the currently low practicality of rural 5G is the rub, but hopefully temporary.

3. Fast and accurate remote health monitoring: Revisiting the IoT sphere, healthcare providers will be able to monitor patients and gather essential data real-time, which will improve personalized and preventive care. According to Anthem, 86% of doctors say wearables already increase patient engagement with their own health, and they are predicted to decrease hospital costs by 16% in the next five years. 42 percent of cross-industry decision makers expect 5G to enable devices to consume less power,  which is key in remote monitoring situations.

5. Augmented reality (AR), virtual reality (VR) and spatial computing already provide limited applications in healthcare. 5G is expected to enhance a doctor’s ability to deliver innovative, less invasive treatments. AT&T reports that it is “already collaborating with VITAS® Healthcare to study the effects of eventual 5G-enabled AR and VR on patient engagement. The goal is to reduce pain and anxiety for terminally ill patients in hospice by providing calming, distracting content via 5G-enabled AR and VR.”

6. Remote robotic surgery: Robotic surgery is already a reality,  but the surgeon still stands next to the robot. Nearly half of consumers feel that remote robotic surgery would be okay with them, yet sixty-one percent believe such procedures are risky with our current internet speeds, according to Ericsson, a major communications provider. 5G networks will provide 1-millisecond response latency, key to connecting surgeons to a remote robot conducting remote surgeries.

7. And more… “We strongly believe 5G is a game-changing technology that when fully implemented will help us support better hospital operations as well as provide the highest quality patient and staff experience,” said Dr. Shafiq Rab, senior vice president, and chief information officer, Rush University Medical Center. “High-speed, low-latency 5G technology will help enable care to be delivered virtually anywhere at any time. The technology will enhance access to care, even from long distances, while also helping to decrease costs and improve efficiency. Imagine sometime in the not too distant future, for example, a doctor performing a virtual visit with a patient while downloading an entire MRI scan within seconds.”

Yes, 5G capabilities will help with faster transfer of large patient files, remote surgeries, telemedicine, remote patient monitoring via IoT devices, and undoubtedly other advances. Still, security analysts are already recognizing the inherent increases in data security risk that 5G-based advances in data storage and exchange, including greater IoT device usage, will create.  Medical identity theft, invasion of health privacy, and medical data management will become more challenging as massively increased numbers of devices and greater usage of virtualization and the cloud will mean a broader, more varied cyberattack surface. To realize the benefits of 5G that healthcare industry providers will seek, their leaders and security staff will have to put more attention, technical sophistication and investment into their security programs than ever before.

The 5G evolution is extraordinary. It is also emblematic of the speed of technology change overall in the U.S. in the 21st century, including (to a lesser degree) healthcare.  Nine years after the launch of 4G, we’re readying our industry for the next cellular generation, which is likely to produce technology advances in healthcare that we couldn’t have imagined at the beginning of the century. We may not achieve as much with 5G by 2020 as carriers predict — and rural healthcare benefits may take longer than we would wish for — but the cellular infrastructural trajectory has begun. There can be little doubt that it will speed forward.

D’Arcy Guerin Gue is a co-founder of Phoenix, with over 25 years of experience in executive leadership, strategic planning, IT services, knowledge leadership, and industry relations —  and a special focus on patient engagement and federal compliance issues.