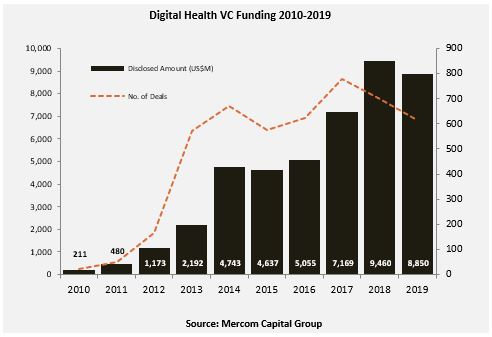 Global venture capital (VC) funding in digital health, including private equity and corporate venture, declined with $8.9 billion in 615 deals, according to market research firm Mercom Capital. The $8.9 billion represents a 6% drop compared to $9.5 billion in 698 deals in 2018. The average funding deal size in 2019 was $14.4 million, compared to $13.6 million in 2018.

“After three consecutive years of growth, venture deals, and dollars for digital health companies declined in 2019. After a long dry spell, there were four U.S. IPOs, but their performance so far has been underwhelming. M&A activity also declined in 2019. The big winners were telemedicine companies, with a 55% percent increase in funding YoY while digital health products that were powered by AI, brought in over $2 billion,” said Raj Prabhu, CEO of Mercom Capital Group.

– Healthcare practice-focused companies raised $3.6 billion in 261 deals in 2019 and accounted for about 40% of the total $8.9 billion funding raised.

– The top-funded categories in 2019 included: Telemedicine with $1.8 billion, closely followed by Data Analytics with $1.6 billion, mHealth Apps with $1.2 billion, Clinical Decision Support with $748 million, Mobile Wireless Technology with $556 million, and Booking with $537 million. 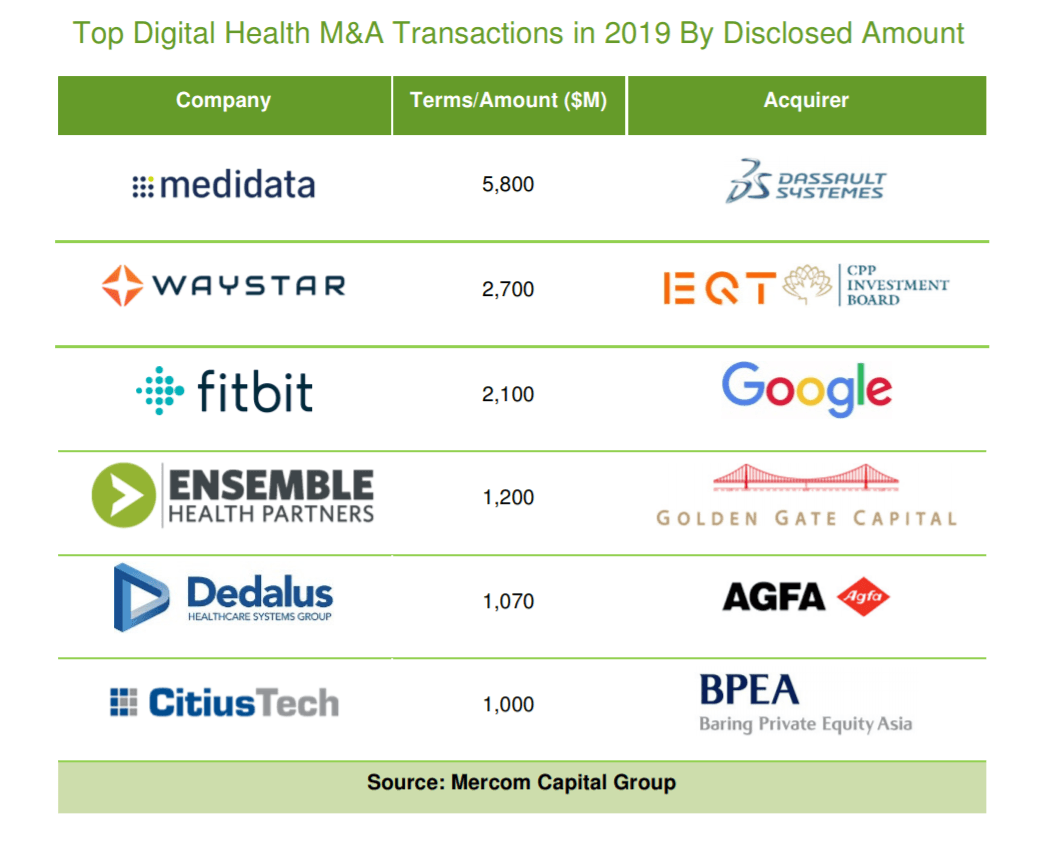 – There were 30 countries that logged Digital Health VC funding activity in 2019. Most of the funding was recorded in the United States, where nearly $5.9 billion was raised in 426 deals.