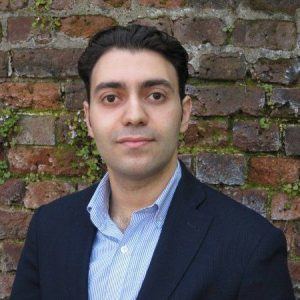 AbedGraham’s Dr. Saif Abed talks about what’s ahead for England and America when it comes to HIT and healthcare reform.

It’s hard not to look over one’s shoulder during a test, isn’t it—especially when the right answer seems just out of reach. The same could be said when comparing America’s healthcare reform to England’s National Health Care Services’ (NHS). Of course, it’s a lot easier to glance over a nearby shoulder than across the pond. Yet according to AbedGraham’s Dr. Saif Abed, it’s still worth comparing notes.

Beyond the urge to criticize, there are notable commonalities that could help both countries find steadier footing on the healthcare landscape that’s currently unfolding on both sides of the waves—both geographically and technologically speaking.

Here’s what Abed had to say about it to HIT Consultant:

Clearly, there are many common problems for both the NHS and US Healthcare system; both are facing major challenges in healthcare that are calling for substantial reform. However, the two are historically structured radically different. Are there more differences between the two at this point, what are they?

I always find the comparisons between our healthcare systems in the media to be quite polarizing, but in reality and beyond the issues of funding and payment, we face very similar challenges. On both sides of the Atlantic we have ageing populations, increasing chronic disease burdens and pressures to do more with less. In the UK, the NHS faces unprecedented levels of financial pressure, which means that our hospital systems (called trusts) are incentivised to drive efficiency and productivity gains, which lead to cost savings while maintaining service quality. These are goals that healthcare systems have to consider worldwide, and so I don’t think they represent a huge departure from the state of play in the US though the jargon might be different.

The NHS has been revered as one of the best health systems in the world, yet it finds itself in a similar predicament as the US healthcare system, especially in the wake of dealing with the aging population, which is pushing the problems of efficiency and population health management (PHM) to the surface. How have both systems found themselves in such similar predicaments?

Certainly, the questions of productivity and efficiency are center stage for the NHS as they are for US healthcare. The reasons for these problems developing are, of course multifactorial, but I think the key reason is to do with misaligned incentives. How do we measure a successful healthcare system? Is it by the number of people we treat, their outcomes or whether we support preventative practices? Whether you are in the US or UK, if you reflect on how our systems have been incentivized you quickly see patterns emerging that actually have driven the development of aging populations that carry increasingly complex disease burdens. This in and of itself isn’t a bad thing. People are living longer. However, our healthcare processes have not caught up fast enough with the demands of our populations as a consequence. And there is the efficiency trap.

According to several reports, the financial state of the NHS is quite dire; many are saying it faces absolute financial collapse next year. How has it come to this for the NHS? Is there a lesson that the US healthcare system needs to learn from the NHS when it comes to delivering a publicly funded healthcare model?

We are facing severe pressures and there’s no question about that, but that’s nothing new. The NHS will not collapse because it is too important an institution. The NHS has faced a series of devastating challenges including the failed National Programme for IT which cost the British taxpayer nearly £11bn while delivering little of what it was meant to. Combine this with spiralling workforce spending and a need to maintain world-class service delivery, and it doesn’t take a genius to see how we’ve ended up where we are, especially when you include the challenges of an aging population. I think the key lesson for any public healthcare system is to not be too centrally driven. Allow healthcare systems to be responsive and tailored to their local patient communities, and define services and associated budgets that will suit them. Focus drives efficiency and quality.

The NHS is known for creating efficiencies and patient-centered care already, is it not? What are the efficiencies that still need to be looked at to help reduce costs?

The NHS is very adept at doing more with less and that leads to innovation too. Quality and safety are the priorities of the NHS at a frontline level but maintaining that with efficiency objectives necessitates the development of new care models to remain patient centered. Right now, the greatest focus is on integrated care models that shift clinical care from the hospital setting to the community. This, we hope, will lead to reduced waiting times, bed burdens, discharge times and readmission rates as patients are engaged, managed and monitored more effectively within familiar, more holistic settings.

The reform movement in the US largely relies on HIT integration and engagement as its savior of sorts. Thus, technology is at the crux of this cultural shift when it comes to healthcare delivery. Is the same true for the NHS? Could technology really create the key efficiencies the US needs in your opinion? And what about the NHS, is technology integration the answer to keeping it afloat?

Of course, this will be a biased statement, but for me the biggest efficiency opportunities do lie in the use of healthcare IT to drive integrated care. Mobility, virtualization, healthcare information exchange, and communication systems all offer huge opportunities to deliver clinical care outside of the walls of the hospital and actually strengthen engagement between patients and clinicians. The knock on effects being improved outcomes. I’ve done significant work with cloud computing and I think that will drive efficiency savings in terms of healthcare processes at a more basic level. So will the elimination of paper based processes in the UK. However, for any of these technological benefits to occur, you need a culture change and workforce engagement. The NHS is currently in the midst of a very aggressive transition period from paper to digital, but I am seeing some strong improvements in processes as a consequence. There are teething problems, but in the end, I think technology will redefine how we deliver clinical care on both sides of the Atlantic.