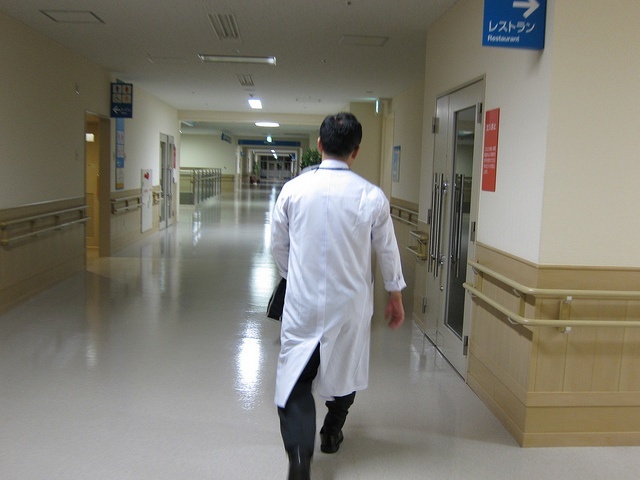 You may not be ready to admit it even to yourself, but you know it’s changing. Permanently. Some say it’s for the better. Others say it’s for the worse. Most don’t really care much one way or the other. After all, health care has been evolving and changing over thousands of years, and the experts best positioned to evaluate the health care turmoil of our times are yet to be born. Those of us who are now in the eye of the storm have an understandable tendency to analyze high velocity changes, such as the number of uninsured or the number of hospital mergers, but the slower and more permanent changes are unfolding deep below the surface. Perhaps the most enduring alteration to what we call health care is the diminishment of medicine as a whole, and the fading importance of its practitioners, starting with the outer edges of primary care.

We’ve been experiencing a “looming” primary care doctor shortage for several decades now, and so far it somehow failed to progress beyond the looming stage. The Affordable Care Act (ACA) is adding millions of previously uninsured citizens to the already swollen ranks of health care consumers, which is bound to exacerbate the shortage of primary care physicians, particularly as we move from sick care to health care, which is mostly to be provided by primary care facilities. As the public is wringing its hands in fear and apprehension, several solutions to this life-threatening shortage are being proposed and proactively implemented. The first and foremost solution is to allow non-physicians to provide primary care, whether in care teams with a physician figurehead in the corner office, or in retail settings at the grocery store. The second and longer term solution is the institution of remote medical care, provided by a mixture of outsourced physicians, non-physicians and algorithmic self-service apps.

The primary care shortage narrative is now as well established as death and taxes. Our constant inability to address this shortage is also immutable, and it has been so for all the decades we could have used to train more primary care doctors. Whether by design or by happenstance, we are now working hard to reduce demand, and perceived need, for actual doctors in primary care, and at the same time, we are working equally hard, if not harder, to increase the soothing volume of cheap and inconsequential services which are considered part of primary care. Ironically, it took many decades of random and often times planned decisions, made largely by the medical establishment to create this apparent discrepancy, and the pattern continues to this day.

How often do you hear conservative doctors, still fighting the good old fight of 1965, stating that if your car insurance were to pay for oil changes, it would also cost a fortune? Insurance, you see, should be reserved for catastrophic events, and everything else should be paid with cash by each individual. And if the individual has no cash, then how many grocery stores would give you food (which is also lifesaving) if you had no money to pay for it? These positions are practically impossible to debate, particularly since personal charity is always the answer to opposing arguments. Oil changes and basic food are indeed planned and fully expected expenditures that each responsible person should budget for, and so are routine and non-catastrophic medical needs. But guess what else all these things appear to have in common? They are simple, undifferentiated, commoditized goods and services that anyone can provide, and many people can provide for themselves.

If primary care is to medicine what Jiffy Lube is to the automotive industry, we don’t need physicians to deliver primary care. Period. Even more astonishing is that this seems to be the main argument put forward by the direct primary care (DPC) movement. Previously known as concierge medicine, i.e. extra quality for more money, DPC makes the straightforward argument that good primary care is a cheap commodity made expensive by inordinate layers of insurance and bureaucratic regulation. For $60 a month or so, you can have all the primary care you can eat, if you pay directly to whoever employs your doctor, or if your purchasers (i.e. insurer or employer) do the same thing on your behalf, which renders direct primary care anything but direct, but that’s another story altogether. Strangely enough, I don’t see too many dermatologists stepping all over each other to convince us that what they do is worth very little money.

Prof. George Weisz wrote a book titled “Divide and Conquer: A Comparative History of Medical Specialization”. I am not sure who was conquering what, but the slow current that will eventually wipe physicians out, as a profession, has its origins in the formally organized specialization of medicine.  Among the many theories and scientific justifications for the inevitability of specialization, Dr. Carl August Wunderlich observed as early as 1841 that “Now a specialty is a necessary condition for everybody who wants to become rich and famous rapidly”. The quest for fame and fortune, which has been our engine of advancement, has the localized consequence of turning each step forward into a giant zero sum game. For some physicians to become rich and famous, many others had to accept less wealth and lower status in society. And after kicking and screaming for a while, they all did.

In the beginning, a specialized physician was one who voluntarily chose to “restrict” or “limit” his practice to certain portions of general practice. In due course, general practice became involuntarily restricted to whatever specialists chose not to do. The scientific and largely elitist arguments of the nineteen century were used iteratively over time in increasingly contrived contexts, culminating with the late twentieth century expulsion of general practitioners from hospital care.  Hospitals today, although very different than hospitals in the nineteen century, are still the mechanism by which wealth and fame are accumulated in medicine. Agreeing to stay out of the cathedrals of medicine, pretty much sealed the fate of primary care.

What is then left for primary care to do? I am certain this question is offensive to physicians practicing primary care. After all, it’s not just medicine that changed over the last couple of centuries. Disease itself was changed as a result. Today we have scores of people living with multiple chronic conditions, each one fatal on its own merit until not too long ago, and the generalist doctor is best positioned to manage the whole sick person. Some primary care physicians are still treading in specialist and hospitalist territories without apology and doing a great job at that too. However, the insidious slow current underneath it all, is not only continuing its menacing advance, but it is accelerating, because when physicians as a profession ceded control to specialists, they also invited into the tent other more powerful interests seeking their own riches and fame.

In the olden days physicians chose to specialize after they invented something, or became enthralled with new technologies or a certain group of diseases. Specialization allowed physicians to gain expertise using complex instruments and provided access to larger populations of people afflicted with whatever they were trying to study and improve. Scientific discovery in medicine followed the same pattern as in all other fields where groundbreaking research required an obsessively narrow focus. Excelling at one particular thing, as opposed to being adequate at everything, brought financial and personal rewards. This paradigm is being broken now by a brand new instrument – the computer, and by a brand new group of diseases – being alive.

Just like the invention of the ophthalmoscope created the formal specialty of ophthalmology, the application of computers to medicine is creating the spanking new specialty of informatics, with one huge difference. Whereas the old specialization by organ, disease or instrument, was designed to narrow practice focus to subsets of patients, and small parts of each patient, informatics aims to expand its scope of practice to include every living person. Informatics is essentially the use of computers to practice an expansive and aggressive version of public health, which includes preventive, curative and research medicine. And thus, general practice on a much grander scale is resurrected, because old King Solomon was right and “that which has been is that which will be, and that which has been done is that which will be done”.

Something to do with Computers

That slow subterranean current that is changing medicine is the same one that changed and will continue to change everything we do into an industry. Nourishment became the food industry. Moving from place to place morphed into the travel industry, including automotive and aviation in its folds. Swapping is now the retail industry, and guarding one’s offspring and possessions became the defense industry. Some of these changes took thousands of years to complete, while others were executed seemingly overnight. Medicine is now engaged in its much delayed transformation to a healthcare (one word) industry.

The main difference between industries and the decentralized processes they replaced is that industries have captains, gurus, thought leaders and regulators, who rarely if ever interact with the masses serviced by the industry, i.e. consumers. The direct providers of industrial services are mostly laypeople, themselves consumers, rewarded with tokens they can use to cross-consume other industrial services. Fame and riches are reserved for the small but potent and irreplaceable captain class – the planners, the organizers and the administrators of industrial efficiency and productivity.

The stethoscope improved on a doctor’s ear, so he can more closely listen to a patient’s heart or lungs. The ophthalmoscope improved the vision of a specialist physician, so he can better see inside the eyes of each patient. The computer is improving the brains of all physicians, so they can treat entire populations without having to see, hear or touch any patients. Physicians specializing (or generalizing) in informatics are the captains of the emerging healthcare industry. The primacy of the general practitioner of old is finally being restored to the supremacy of the physician informaticist of new.

If the illustrious Dr. Wunderlich were to take the temperature of medicine today, he would indubitably observe that modern physicians, who want to become rich and famous rapidly, should find something to do with computers.