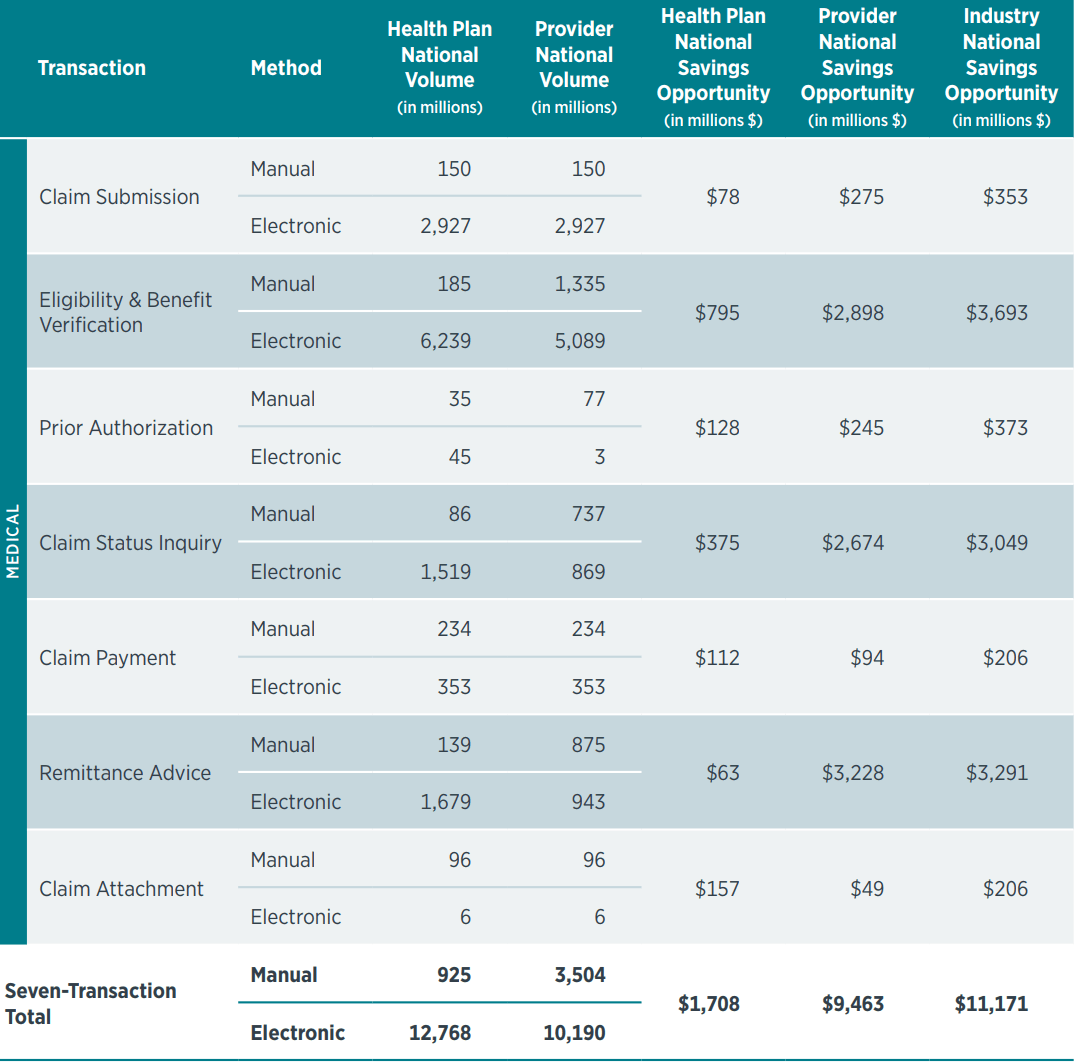 The U.S. healthcare industry made a modest amount of progress in healthcare claims automation, but a significant opportunity to save $11.1 billion annually remains, according to new data released today in the fifth annual CAQH Index. The report shows increased use of some manual transactions – primarily via web portals – resulting in a reversal of gains made for some of those transactions in previous years and the increase in potential savings.

The $11.1 billion industry savings opportunity is an increase of $1.8 billion over the prior year. This is the second year in a row in which the Index has found an increase in the potential industry savings that could be achieved with full adoption of electronic transactions. The largest portion of the savings, $9.5 billion, would accrue to healthcare providers, including an estimated $2 billion for dental providers.

The CAQH Index is the industry source for tracking health plan and healthcare provider adoption of electronic administrative transactions for both medical and dental care. It calculates the industry, health plan and provider cost savings opportunity and reports the time required for providers to complete common administrative transactions. These include verifying a patient’s insurance coverage, sending and receiving payments, inquiring about the status of a claim and obtaining prior authorization for care. Medical and dental plans covering about half of commercially insured lives contributed data and insights for the report, as did a number of providers.

Use of electronic transactions for a single medical claim requiring all seven business transactions benchmarked by the Index could save a provider practice almost 40 minutes on average – plus more than $15 in direct cost savings. Similar use for a single dental claim requiring all five benchmarked transactions could save a dental practice nearly 30 minutes on average and nearly $11.75.  Even though the time and cost savings are substantial, provider practices have been slow to adopt electronic transactions. One of the barriers that sometimes prevents providers from benefitting equally from this transition is the need to make an investment in practice technology that supports all business transactions.