Long forgotten is a similar dilemma in a vastly different industry ‒ motor vehicle manufacturing. For decades, car companies issued their own vehicle identification number. The resulting mess made it virtually impossible for consumers (let alone law enforcement) to tell if a car they were about to buy had been stolen, was a lemon, part of a manufacturer recall or if it had serious damage (manmade or otherwise) somewhere in its history.

A vehicle identification number, commonly abbreviated to VIN, is a unique code including a serial number, used by the automotive industry to identify individual motor vehicles, towed vehicles, motorcycles, scooters and mopeds as defined in ISO 3833. VINs were first used in 1954. From 1954 to 1981, there was no accepted standard for these numbers, so different manufacturers used different formats

In 1981, the National Highway Traffic Safety Administration of the United States standardized the format.It required all over-the-road-vehicles sold to contain a 17-character VIN.  VIN [Wikipedia]

Today, that VIN is stamped on every major part of every vehicle manufactured in a way that makes it easy for consumers and law enforcement to check on the status of any car (or car part) easily and quickly ‒ nationally.

So why this is effectively a Kabuki dance between ONC, ISV’s and Congress is no mystery. ONC is firmly stuck between enormous commercial interests and a clearly recalcitrant Congress to simply authorize the development of any National  Standard for healthcare IT (either NPI or more broadly for data interoperability). ISV’s are, of course, competing aggressively for revenue and market share in any way they can. Patients are the collateral damage in these warring interests. 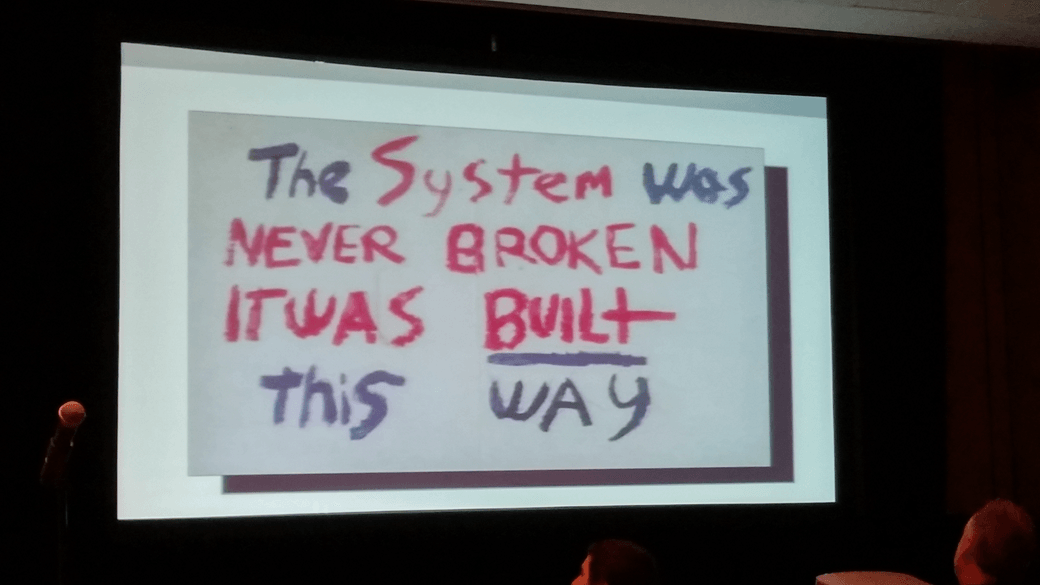 It’s painful to watch and it’s painful to realize the complete and utter disregard by all for basic patient safety ‒ but that is the healthcare system we have built. No, it’s not broken ‒ it’s just been optimized for revenue and profits ‒ not safety and quality. Congress simply refuses to reign in the commercial interests of the ISV’s and ONC is simply an effective buffer to hide their clear ‒ financially motivated ‒ reluctance.

Everyone’s well meaning, of course. Everyone’s doing “the best they can”, but it’s very much like the quote from the recent Ken Burns biography of cancer. With a little substitution we can easily apply the title of the second installment of that epic series directly to the healthcare interoperability dilemma.

Unlike the war on cancer ‒ we haven’t seen ‒ nor do we appear to be looking for ‒ the whole elephant.

Dan Munro has spent the last 15 years in the tech startup community including several early stage ventures with successful exits in the healthcare space. Follow him on Twitter at: @danmunro