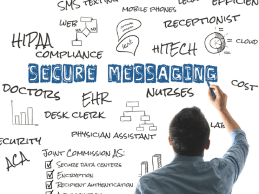 While the world focuses on holograms and telemedicine, secure communication technology is making what could arguably be considered the most profound impact on the healthcare system. It’s less Sci-Fi than robotic surgery. Less Silicon Valley than a virtual visit. But secure messaging technology is addressing the most fundamental need within the healthcare system: effective communication. This sponsored report by DocHalo explains the rise of secure messaging in healthcare,
END_OF_DOCUMENT_TOKEN_TO_BE_REPLACED 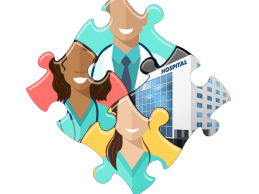 A record number of hospital mergers and acquisitions occurred in 2014. Healthcare organizations are increasingly buying physician practices and more physicians are employed by health systems than ever before. As a result, groups of physicians and healthcare workers that previously had no communication with each other, or were even competing, now find themselves working on the same team. With these new mergers come previously established referral patterns and relationships between physicians
END_OF_DOCUMENT_TOKEN_TO_BE_REPLACED 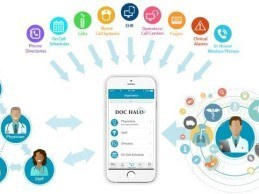 As more and more functionality is added to the smartphone, the fog surrounding mobile healthcare is starting to lift and what is emerging is the integrated mobile health platform. This includes a central hub where physicians, nurses and patients can access the necessary information to care for patients or stay healthy. Smartphone operating systems like Apple and Android are giving more control to mobile engineers, resulting in the development of very smart mobile applications. These
END_OF_DOCUMENT_TOKEN_TO_BE_REPLACED 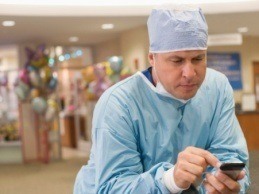 This post is sponsored by DocHalo According to a recent report from healthcare start-up accelerator Rock Health, venture capitalists poured more than $3 billion into digital health companies in the first three quarters of 2014. But where’s most of the money going? Toward efforts that “improve patient care and reduce costs,” the analysis said. Studies show that as more clinicians and healthcare facilities adopt the use of mobile technology in their daily healthcare practices, the positive
END_OF_DOCUMENT_TOKEN_TO_BE_REPLACED