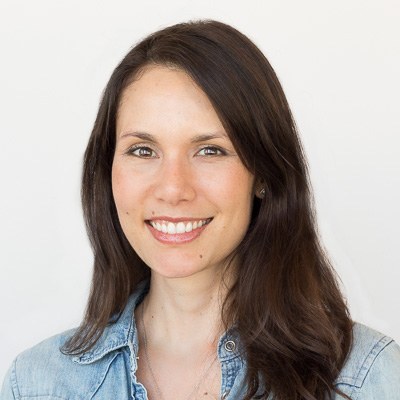 What do today’s indicators of digital health adoption tell us about its future in healthcare? Rock Health’s Ashlee Adams weighs in.

Digital consumption is at an all-time high. The trends that have more people looking down at their screens may indicate things are looking up for those in healthcare—why? Well, for one thing, increased digital use could help cut costs and create greater efficiencies and access to health services for organizations and patients alike. That’s been the speculative hope for years, but could we finally be tapping into that potential in a tangible way?

“Last year was the tipping point,” said Ashlee Adams, vice president of strategy and partnerships at Rock Health. “Not only because of the record rate at which consumers adopted digital health technologies, but also because they are actively utilizing numerous tools.” 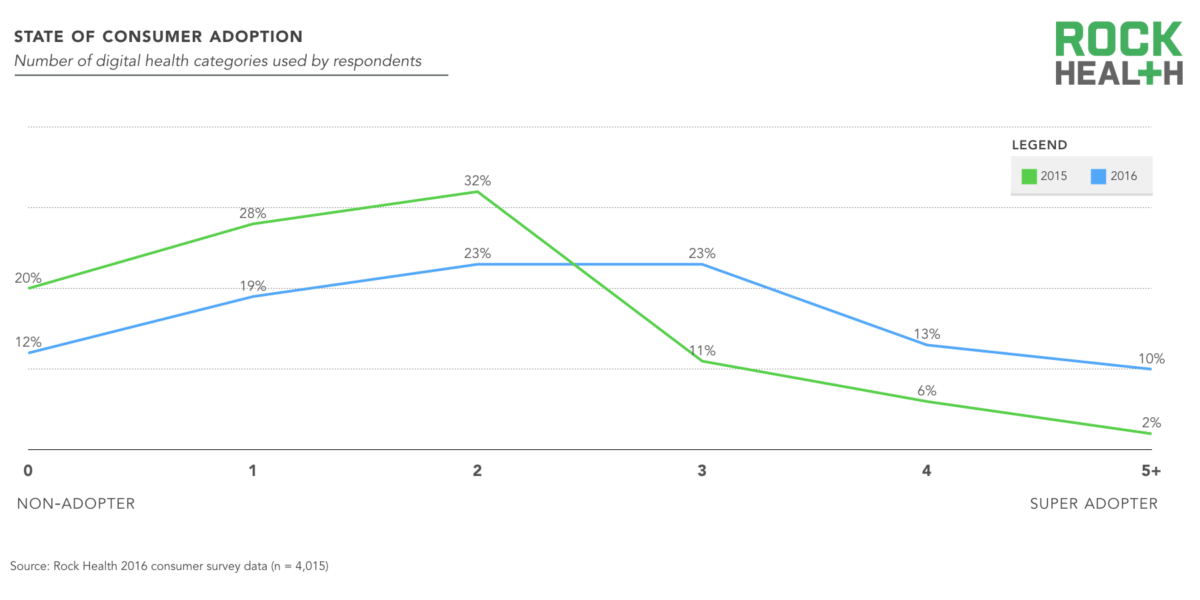 Those assertions derive from the findings of Rock Health’s second annual Digital Health Consumer Adoption report, which surveyed more than 4,000 respondents across the U.S. The report indicated that 46 percent of consumers are now considered active digital health adopters, having used three or more tools in categories such as telemedicine and wearables over the course of 12 months.

Adams indicated that the report’s findings showed provider recommendations were an important driver in getting consumers to use digital technologies. Similarly, increased provider adoption of technology in care delivery could also be partly responsible for the uptick in consumer use. For example, in October of last year, Kaiser Permanente announced that more than half of its patient visits were virtual. Other providers are following suit, which was reflected in the jump in telemedicine adoption from 7 percent in 2015 to 22 percent in 2016.

The data collected details more than just what types of digital tools consumers are readily adopting. Additionally, the report provides an inside look at the attitudes held by today’s digital health consumer, which may interest both health organizations and tech developers when it comes to engaging with them.

The Will to Pay

Consumer willingness to pay saw a dramatic threefold increase from 2015, with 39 percent of consumers strongly agreeing that they are willing to pay for health expenses out of pocket. Naturally, the changing insurance landscape (with the advent of high deductible health plans, for example) is driving this attitude since more of the cost burden is placed on patients. What this means for healthcare is that the consumer wants more access to amenable and affordable healthcare options and tools, which could drive future trends and competitive strategies of digital healthcare delivery.

“Despite the common narrative that digital health is for the well, our study found that those who are unhealthy and feel accountable for their healthcare—as judged by personal responsibility, self-management, and willingness to pay out-of-pocket— were the most likely to adopt several categories of digital health technologies,” said Adams. “Those who are healthy but do not feel accountable for their health were the least likely to use digital health tools in many categories, suggesting that a positive attitude and responsibility for one’s health may be a stronger indicator of likeliness to adopt digital health than health status.”

The report revealed interesting insight in regards to sharing digital data with others. For example, 62 percent said they would freely share their health data to contribute to medical research, far more than the 42 percent who said they would do so in exchange for money.

When it comes to who Americans trust with their medical data, physicians and families were at the top while government and tech companies were documented as the least trusted. Similarly, when asked which health entities were most aligned with consumers’ health interests, physicians ranked at the top.

Note: “Unhealthy” includes those diagnosed with more than one chronic illness, have been admitted to a hospital in the last 12 months, have had more than ten doctor visits in the previous 12 months, or rated their health as “poor” or “bad.”

The Will to Wear

Nearly a quarter of Americans own a wearable, up from 12 percent in 2015. Seventy-five percent of wearable owners bought the wearable for themselves, a third did so in the last three months, and two-thirds made the purchase in the last six months. With more consumers now embracing commercial wearables, it’s possible that further development and embracement of clinically-based wearables will also emerge in coming years.

“We are seeing increased interest in wearables and mobile tracking tools from physicians, who see the value in some of this information–but above all, want it to be easy to access and relevant to patient care,” said Adams. “Our partner Boston Children’s Hospital recently surveyed its physicians on their use of and attitude toward digital health technologies. Twenty-nine percent of physicians surveyed indicated that they are working with patient-generated data from internet t-connected devices and 65 percent thought that patient use of wearables and mobile apps was an important digital health service.”

Still, physicians continue to hesitate when it comes to using data from commercial wearables as the data quality and integration simply isn’t there.  This skepticism is healthy, as it prevents providers and our healthcare system from being swept up in the health tech hype,” said Adams. “Wearable companies, and digital health companies more broadly, are quickly discovering that they must prove their value with clinical evidence and rigor to be seriously considered.”

The Battle of Wills

Perhaps some of the report’s most interesting findings are the revelations regarding who was reached by what medium. In telemedicine adoption, for example, use of video-based telemedicine tools more than tripled from 7 percent in 2015 to 22 percent in 2016. However, usage of telemedicine across all mediums is highest of those in the 24-34 age bracket; baby boomers (55+) were the least likely group to use telemedicine.

Those findings call into question if telemedicine practices will be effective when it comes to population health management (PHM) and home services. Still, Adams said it’s important to consider the type of medium when looking at telemedicine adoption. Although only 9 percent of Boomers were active adopters of live video-based tools, 55 percent used email and 56 percent used phone calls to seek medical care or advice.

“Different age groups may have more familiarity with different technologies and have different ways of learning to use new tools, so it’s imperative that healthcare organizations engage and teach patients in a way that aligns with their current behavior,” she added. “We remain enthusiastic about the potential of telemedicine and other remote monitoring technologies to improve home healthcare and enable more people to age well in place.”

“We think there is an incredible opportunity for technology to bridge those gaps and make healthcare more accessible and affordable for all people–not only the young, wealthy, or well. There is indeed still a divide between the needs of underserved populations and the solutions,” said Adams. “But we’re noticing the emergence of more technologies being tailored to address the specific health issues of lower income, poly-chronic or older populations, and this is a space we hope will continue to draw much-needed attention and resources.”

“We’re encouraged by the attention digital health is garnering from adjacent industries, like financial services and transportation, and are excited by the opportunities that new stakeholders and a rapidly growing ecosystem will create in the coming year,” concluded Adams.