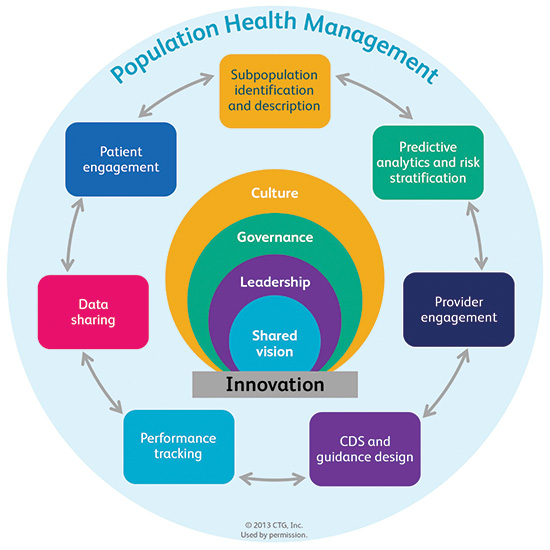 The biggest individual barrier to implementing a population health program is data aggregation and standardization from multiple sources for providers and payers, according to a recent KPMG survey. The survey results that population health management programs aimed at improving quality and access to care while reducing costs for a designated group of patients, are taking hold at health plans and providers. Healthcare provider and health plans see this happening despite challenges associated with moving away from fee-for-service payment models, which have been in effect for decades, and toward alternate payment methods that are tied to quality, bundled contracts or other means.

“The move to population health is very encouraging given that nearly half of providers and payers are seeing the benefits,” said Michael Beaty, a principal at KPMG’s Healthcare & Life Sciences practice in a statement.“Providers are taking on more financial risk from these programs, but they have a greater opportunity to share from savings. Payers gain from administrative efficiencies and letting providers take on that risk.”

– 44 percent of respondents at payer and providers found that they have a population health platform in place that is being “utilized efficiently and effectively.”

– Another 24 percent are in the process of implementing a population health program within the next three years.

– Another 34 percent cited “all of the above” which includes those barriers, as well as enabling patient engagement, funding investments, and selecting appropriate vendors as additional challenges.

“The complaints about incorporating technology into clinical workflows are fairly common and have many doctors and others involved with care delivery dissatisfied with electronic health records and other tools,” said Todd Ellis, principal at KPMG who co-hosted a Webcast titled Lessons from the Front Lines: Building your population health program – it’s not as easy as it sounds, with Beaty and KPMG Partner Joe Kuehn. “This can be remedied by better training and incorporating clinicians into the process of selecting technology.”

“It is not necessarily a surprise that nearly a quarter of providers are not acknowledging the need for value-based payments,” Kuehn said. “Various parts of the country are transitioning at a slower pace. The vast majority of health plans and providers, however are moving this way, particularly after CMS had set some aggressive targets in January 2015, followed by some of the national health plans, to shift their reimbursement in this direction.”