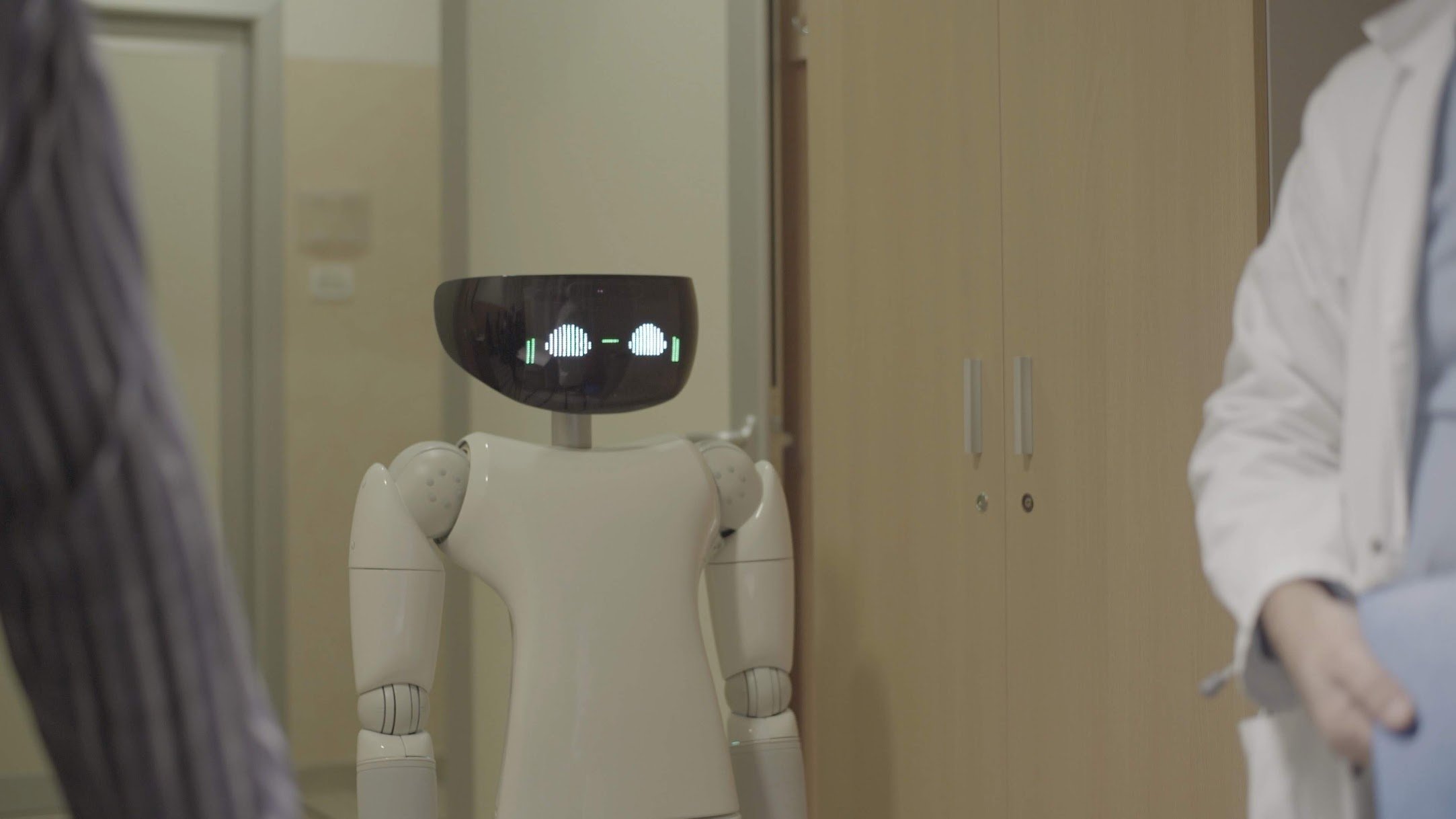 Robots are a rapidly growing part of the modern health care landscape. The history of robots in medicine dates back to 1985 when a robotic arm called “PUMA” assisted with surgery for the first time. The operation — a neurosurgical biopsy — was a complete success.

Some of today’s health care robots make PUMA look a little primitive by comparison. Advances in sensor and motion control technologies mean robots are more precise and autonomous than ever, and capable of not just assisting, but carrying out complex surgeries themselves.

Other market drivers of robotic healthcare innovations include devising new care models for a large and rapidly aging population and the challenge of bringing high-quality care to new and underserved markets in a cost-effective way.

There are several key opportunities and benefits for healthcare providers and patients when robots become part of the services offered. These advantages include:

·     Provide assistance or comfort to patients or visitors

·     Reduce the time required for surgeries

Use Cases for Robots in Healthcare

With these unique benefits in mind, let’s look at some real-world use cases for robots in healthcare that exist today or are very close to reaching the market.

1. Robots in Surgery and Orthopedics

Early 2019 saw the first documented case of a surgeon performing surgery over a distance using robotic assistance and a 5G internet connection. Remote surgery wasn’t possible with previous-generation connectivity technologies, since only 5G has the low latency required to maintain parity between the movements of the surgeon and the robotic arm.

The coming years will see this model improved further as the required technologies come of age. That includes 5G connectivity, which is not yet widely available, and the ability for robots to act of their own volition with even less human intervention.

One candidate that points the way forward is Mako Surgical’s knee replacement orthopedic robot. Within a relatively portable package, the robot carries the apparatus required to CT-scan a patient’s knee, 3D-print an accurate model of the joint and assist with pre-surgery planning that’s tailored to each patient. The robot has an arm to keep the angles and placement of surgical tools precise and on target in all three dimensions throughout the surgery.

Even the most advanced surgical robotic systems don’t eliminate human surgeons entirely. But the benefits of the current systems are impressive: Surgeons can perform more surgeries in the same amount of time as they did previously, with higher success rates.

2. Microbots in Disease Detection and Treatment

Let’s shift gears from large metal arms to tiny, capsule-sized robots that aid in disease detection and treatment. The procedure is known as “capsule endoscopy” received FDA approval years ago, but modern technology may finally deliver on all of its promises.

Capsule endoscopy requires the patient to swallow a tiny camera so physicians can take images of the digestive tract. This camera helps spot the telltale signs of disease or other abnormalities that may require surgery. The trouble with existing efforts is that the capsule cameras move about as the patient’s body continues its normal functions.

The medical community has long needed the right robotic technologies to give these tiny cameras motility as well as remote control after the patient has ingested them. Some of the implications of these medical microbots include:

One challenge in microbot technology is finding a way to grant them movement without using potentially toxic “fuels” like hydrogen peroxide. A team of scientists at the Chinese University of Hong Kong in Shatin recently proposed using magnetic fields to make medical microbots mobile as well as more biocompatible with the human body.

Companies like Conversa Health and others believe chatbots powered by artificial intelligence have transformative potential in healthcare. A HIPAA-compliant chatbot could, for example, deliver personalized or timed reminders for medications, appointments and more.

Patients could also speak to a chatbot to describe their symptoms and have their case prioritized or immediately elevated to a real doctor based on the analysis. In other cases, the chatbot could save the patient a trip to a physician’s office by providing care instructions for minor issues. According to surveys, a possible majority of patients are willing to interact with AI for these purposes.

Robots, and not just robotic “presences” like chatbots, also have a lot to offer the medical community when it comes to patient-facing roles.

As mentioned, the world’s population is aging at a rapid pace, and that means healthcare providers need more and more help checking in on elderly patients, performing basic chores for patients, and attending to other medical tasks as they crop up in care or rehabilitation centers.

One robot developed in Japan, called “Robear,” works specifically to help patients get out of bed or into and out of wheelchairs, among other tasks. These tasks would ordinarily require one or more members of staff to accomplish and aren’t especially dignified for the patient. A robot provides a reassuring if impassive, presence instead.

Interestingly, people showed more willingness to give robots the benefit of the doubt if doing so would save them money on the procedure. Communicating effectively about the benefits of robots in medicine to cultivate buy-in will likely continue to be a challenge moving forward.

The aging population, rising expectations from healthcare services, pressure to bring down costs and a lack of medical specialists in some areas are all challenges that robotics can help address. It adds a wrinkle of its own, however. Graduates with backgrounds in robotics, artificial intelligence, cybersecurity and other digital skills are in short supply and high demand right now.

Deploying robots to solve practical problems in healthcare is essential, but doing it safely and securely is just as vital. As robots and other digital platforms become more common, healthcare providers will have to make doubly sure they collect, store and analyze the substantial amount of generated patient data consistently, while remaining compliant with regulations.

Robotics has officially joined a long roster of healthcare skills and career paths that are set for growth in the coming years. Some of the others include pharmacists, registered nurses, dental assistants, and laboratory technicians, among others. Altogether, between 2016 and 2026, healthcare is on track to add 2.4 million new jobs.

The global market for healthcare robotics could be worth $11.44 billion by 2025, according to some projections. All signs point to it being another industry coming into its own now that the required technologies are advanced enough and affordable enough for broader experimentation and adoption.