Only 20% of customers use a pharmacy’s mobile app, but those who did have satisfaction scores as much as 23 points higher than those who do not, according to the J.D. Power 2019 U.S. Pharmacy Study. The study reveals that despite the looming threat of disruption at the hands of e-commerce, the U.S. pharmacy industry continues to enjoy superior levels of customer satisfaction in both the brick-and-mortar and mail order segments.

Other key findings of the 2019 study include:

– Thorough pharmacist discussions yield higher customer satisfaction: Satisfaction with the pharmacist is above 940 (on a 1,000-point scale) when pharmacists cover four or more topics with the customer during their interaction, compared with just one (884) or two (917) topics. 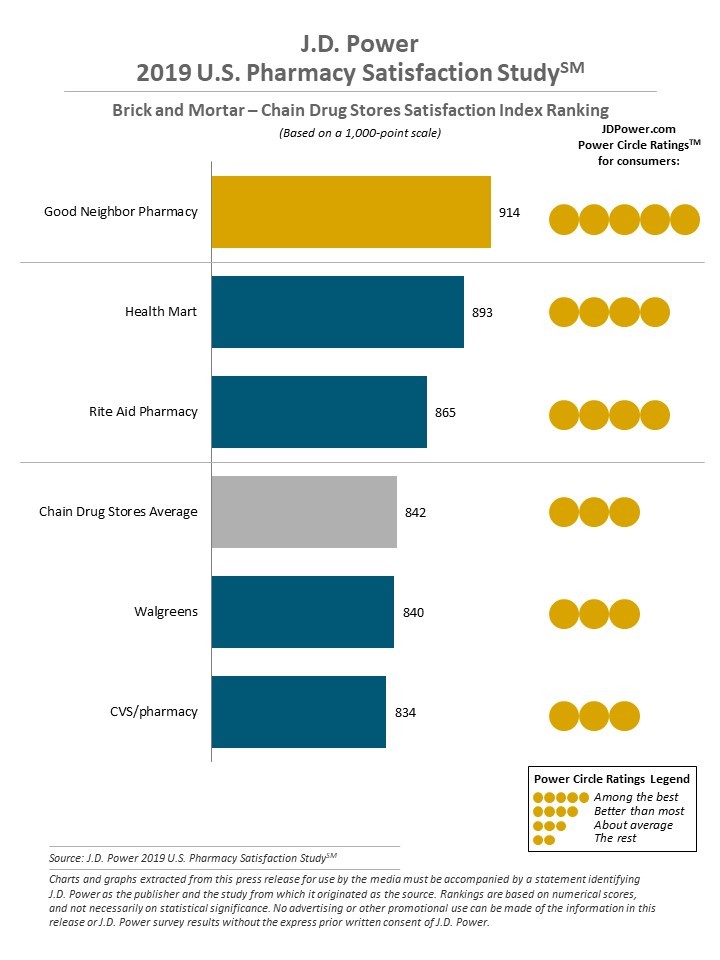 The U.S. Pharmacy Study, now in its 11th year, measures customer satisfaction with brick-and-mortar and mail-order pharmacies. The 2019 study key findings is based on responses from 12,059 pharmacy customers who filled a prescription during the three months prior to the survey period of May-June 2019.

“As technology companies promise to change the way Americans address their pharmacy needs, our data suggests that changing such entrenched behavior will be an uphill battle,” said Greg Truex, Managing Director of Health Intelligence at J.D. Power. “Customers enjoy visiting their brick-and-mortar pharmacy and they get a great deal of satisfaction from speaking directly with pharmacists. However, the potential for technology disruption is there. Although the frequency of use of digital solutions is low, early adopters are showing high levels of satisfaction.”