Accenture has released a groundbreaking new project that uses a unique conversational artificial intelligence to address the challenges of elderly loneliness. The project named Memory Lane is being used by Accenture Interactive and Stockholm Exergi, one of Sweden’s largest energy suppliers to provide an innovative social solution which allows people, particular the elderly, to capture memorable stories for future generations while also providing companionship. 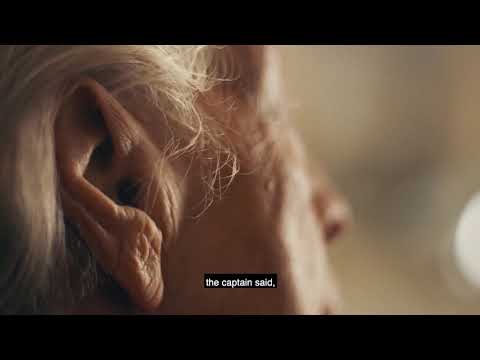 Engaging with people through a smart speaker, Memory Lane enables a conversation by inviting someone who is lonely to tell their life story – a story that might never have been told. Once Memory Lane has captured the whole discourse, the discussion is converted instantly into both a physical book and a podcast. Quite simply, Memory Lane co-writes a story by human and machine that can be shared by participants with future generations.

The Health Impact of Elderly Loneliness

With more than 250,000 Stockholmers experiencing acute loneliness according to the latest Stockholm County Council report, Sweden is considered to be one of the loneliest countries in the world. Among these sufferers, the elderly are one of the worst affected. Looking to support a group in society that is rarely noticed and often forgotten, Stockholm Exergi collaborated with Accenture Interactive to step up their social outreach initiatives.

Following extensive medical research into elderly health, Accenture Interactive discovered that loneliness accelerated health problems including depression and early stage dementia in the elderly. When it comes to comparable health concerns, independent studies also confirm that unwanted loneliness is as dangerous as smoking and obesity.

“When people experience little to no social interaction over extended periods of time, it can cause a sharp decline in their mental and physical health. In the two years we spent developing the software and the concept of the platform, we observed the urge to share stories by lonely participants was incredibly strong. To this end, we not only wanted to develop something that could hold a human-like conversation with them, but also capture those memories so they didn’t end up untold,” said Adam Kerj, Nordics chief creative officer at Accenture Interactive.

The technology behind the Memory Lane project was initiated two years ago at Accenture Interactive Innovation Center in Sophia Antipolis. The voice assistant can ask personal questions and understand the correlation between different answers, which triggers relevant follow-up questions. Every day, Memory Lane analyses the previous conversation to get to the heart of the topic and to create a memory graph — a virtual and structured version of a person’s memory.

The memory graph encodes information from the conversation history and compiles it into a graph structure. The structure is based on a hierarchal taxonomy where information is represented and where the correlation between information is identified. It produces a summary of the conversation — that can re-tell a person’s story in a human way. Accenture Interactive is exploring future use cases for the software.

“We installed Memory Lane in the participants’ homes and it instantly sparked intimate conversations. It brought old memories and amazing life stories to life; stories that had never been told before. Prior to this, voice technology is not often perceived as human but this project and collaboration with Stockholm Exergi demonstrates that technology can contribute to connecting generations and making society healthier. Eventually we want to open this concept and platform out to everyone, to share their life stories, regardless of age,” said Christian Souche, director at Accenture Interactive Innovation Center.