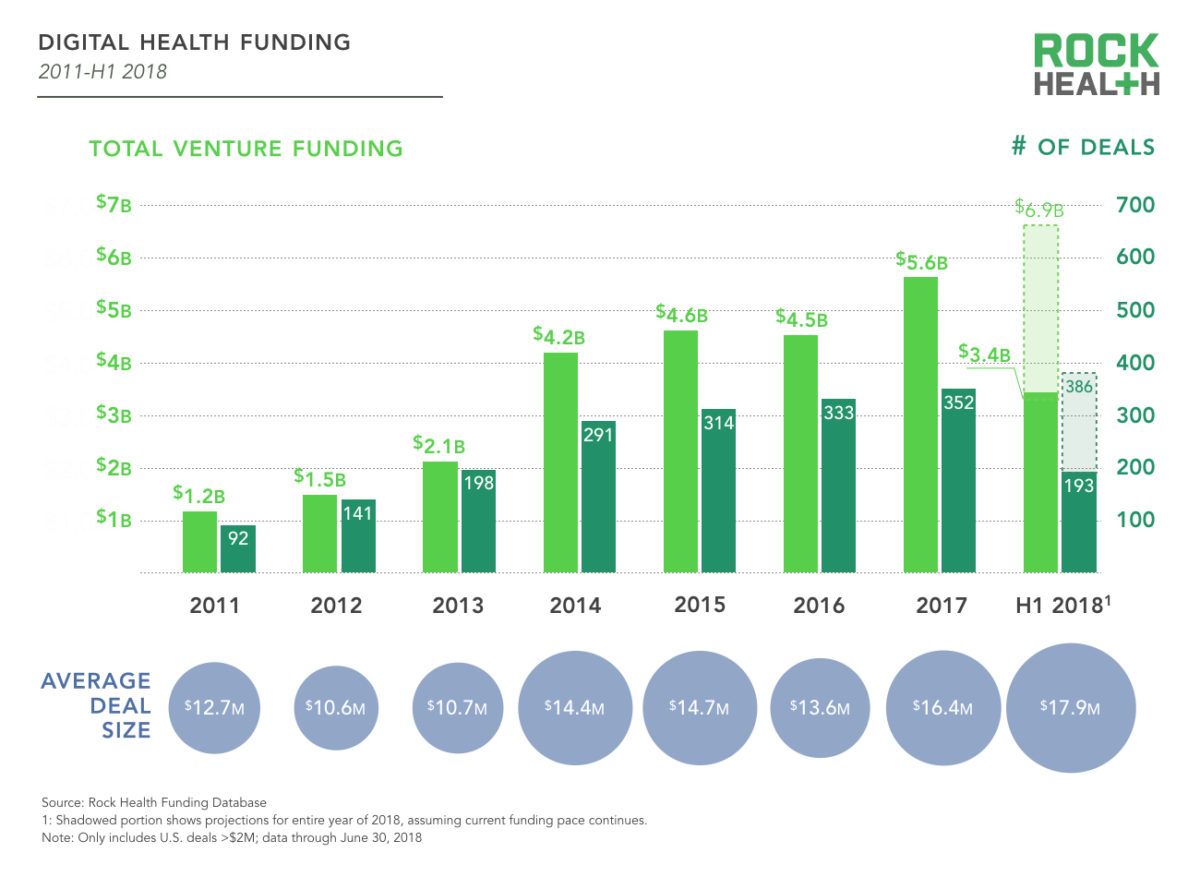 Digital health funding reached a new record of $3.4 billion across 193 deals in the first half of 2018, according to Rock Health, a full-service venture fund dedicated to digital health.

The 2018 Midyear Funding Review reveals a maturing market with an increasing number of digital health companies are hitting key validation milestones, creating a stable funding environment based on proven outcomes;investors are taking notice and rewarding companies with larger deals. The average deal size significantly increased to a record $17.9M.

Other key findings from the Rock Health report include: 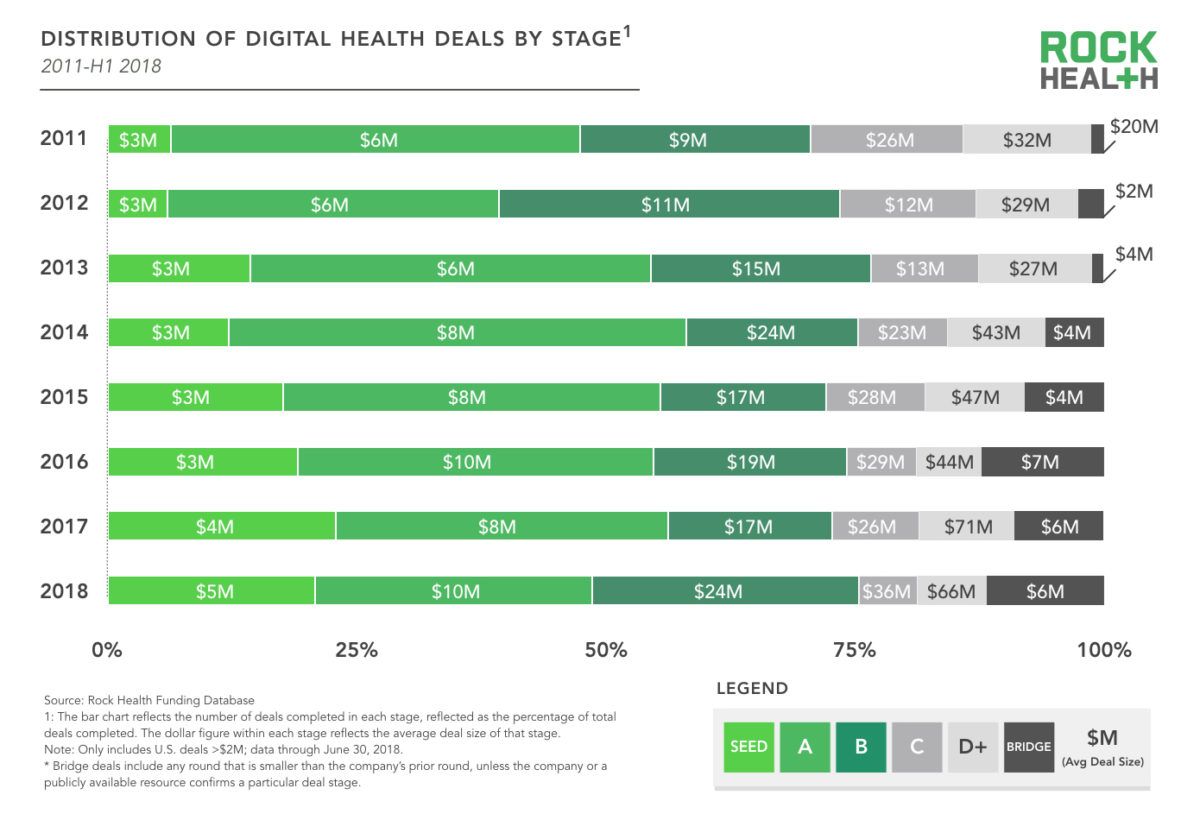 – Back to Basics Mentality Returns: 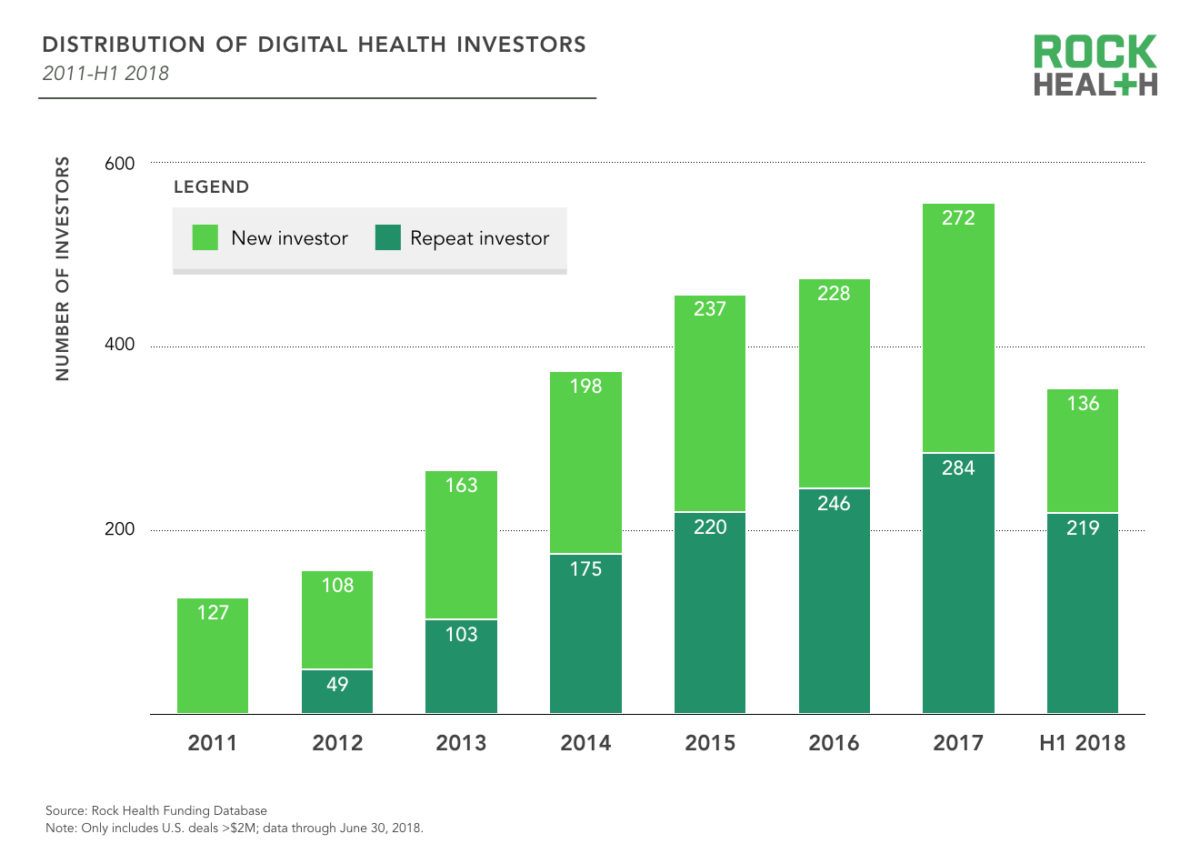 The recent downfall of Theranos and Elizabeth Holmes has instilled a back to basic mentality, according to David Shaywitz. As a result, more companies are pursuing validation at an earlier stage and investors have elevated their expectations, creating a competitive environment based not on hype, but on proven outcomes.

Sixty-two percent of investors in H1 2018 had already participated in at least one digital health deal since 2011; last year, repeat investors represented 51% of total investors. This commitment likely contributed to the later-stage, larger deals completed this half as investors participate in follow-on rounds for their earlier investments. 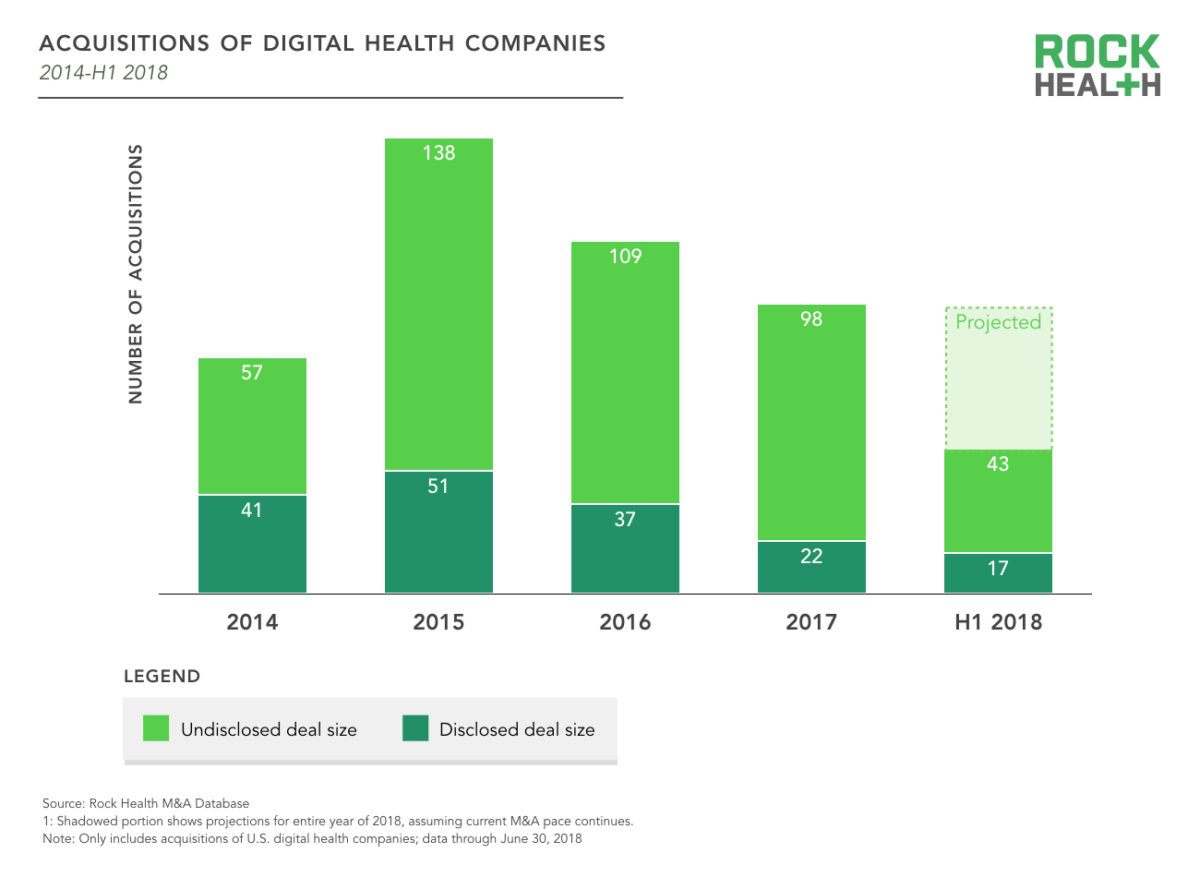 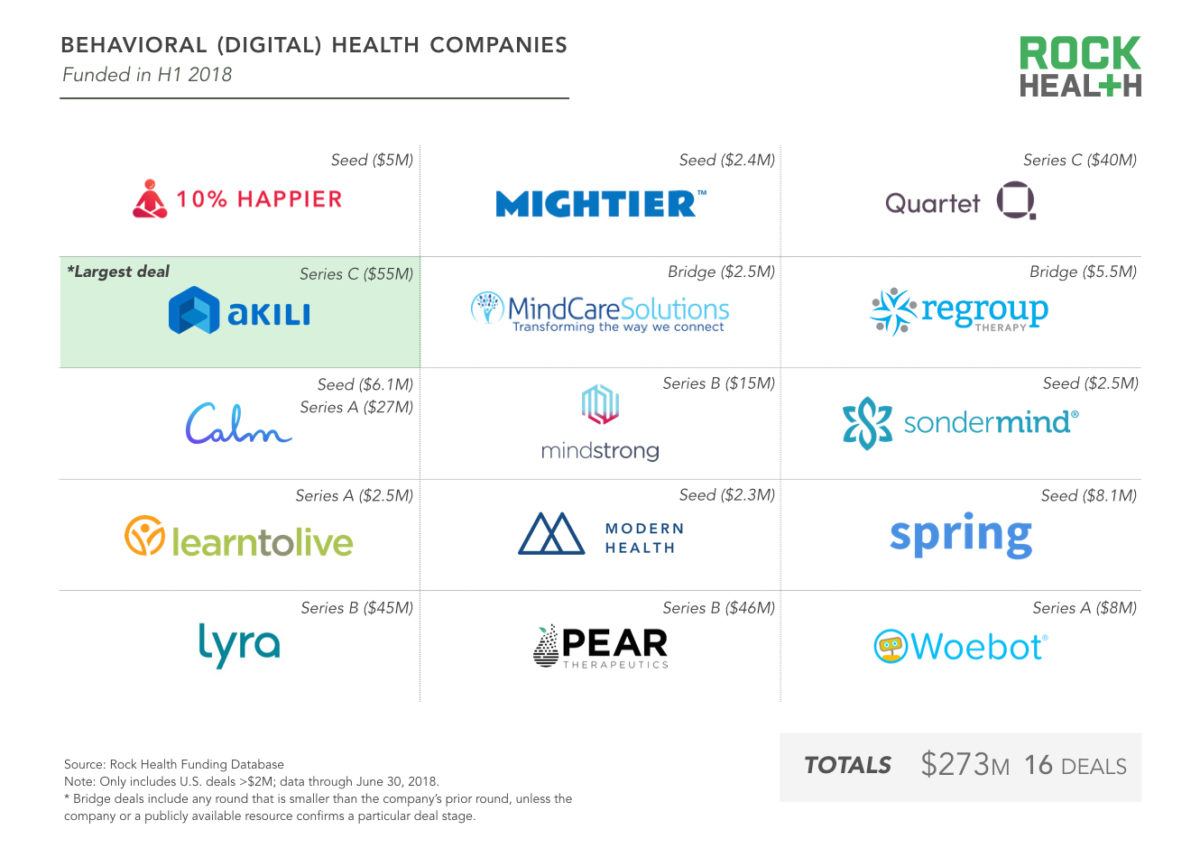 Behavioral health startups received more funding this half than in any prior six-month period, with a cumulative $273M for 15 unique companies (nearly double the $137M closed in H1 2016, the previous record half for funding of behavioral health companies). Of these 15 companies, more than half have a virtual or on-demand component.