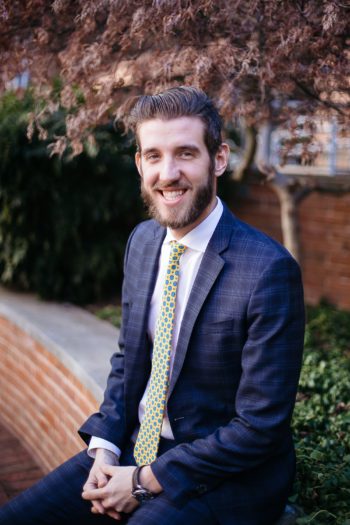 In a system that is straining under the pressure of an increasingly sick and aging population, the benefits of digital healthcare are indisputable. Technology has played a crucial role in the industry’s continued transition to value-based care, driving costs down while increasing access to personalized care.[1] But despite the rapid gains that technology has affected, policy-makers have been slow to catch up. Until recently, the Centers for Medicare and Medicaid Services (CMS) enforced rules disincentivizing doctors to consider using new technologies.[2]

Yet effective January of this year, CMS instituted important changes to their reimbursement policies that encourage the use of digital health tools. Most significant among these changes is the unbundling of the Medicare/Medicaid CPT code 99091, a decision that specifically affects the adoption and deployment of remote patient monitoring (RPM) devices. In the past, CMS has only offered financial incentives for live, audiovisual virtual visits,[3] excluding RPM—and thus excluding a major demographic from the possibility of affordable and accessible care. With the unbundling, financial incentives for RPM are not only available, but also are deployed across multiple providers, allowing nurses and care managers as well as physicians to analyze and monitor data, creating efficiencies and lowering costs.

The creation of a code specifically for RPM marks an important shift in the stance towards digital health, establishing it as a standalone benefit with intrinsic value. With this policy, CMS is acknowledging and validating the research that has shown the tremendous benefits of RPM, primarily the economic benefits that come from transitioning the center of care from expensive hospitals and tertiary care clinics to the home.[4]

But while the CPT unbundling represents an important victory for RPM, it also serves to highlight the policy’s inadequacies and the large margin for growth. With the update, care providers no longer have to worry about fully funding RPM from their original operating budgets, but the reimbursement rate ($60 per patient per month)[5] is still far too low to be effective in most cases. Other requirements, such as a prior wellness visit with the patient and a limit of one charge to the code per month, further restrict its effectiveness.

Perhaps most problematic, while the unbundling will have an immediate positive impact on patients over the age of 65, a large patient demographic could be outside the bounds of its effects. Commercial plans are under no requirement to follow the updated CPT guidelines, and more importantly, neither is Medicaid. And while Medicaid is the smaller of the two government run-healthcare plans (compare Medicaid’s revenue of $565.5 billion to Medicare’s $672.1 billion), it is outpacing Medicare by 10 percent in rates of spending (increasing by 3.9 percent in 2016 compared to Medicare’s 3.3 percent).[6]

These are the neediest among us. And these are the patients that will benefit most from the use of RPM. These patients are the homeless, constantly on the move and often resorting to emergency room visits for the most basic primary care. They are the working poor, forced to take three or four buses to reach a clinic, missing the work for which they are typically paid by the hour. They suffer from behavioral health problems, mental illnesses, and addictions, avoiding care because of the public stigma that accompanies their pain. They are pregnant, and often alone, holding down several jobs while they struggle to find the time for necessary pre- and postnatal care.

RPM opens myriad pathways to accessible care for these individuals, making healthcare more efficient and more affordable. It has the potential to relieve the pressure on emergency department care, an area that is grossly over-utilized. Transitioning the center of care from the clinic to the home removes the obstacles of low-mobility, prioritizing the time of both patient and clinician, while the technological nature of RPM can be used to preserve the anonymity of the patient. Most importantly, RPM can provide continual touchpoints without the expense and time commitment of in-office visits.

But providers have long been aware of these benefits—they do not need to be convinced that RPM is an essential complement to in-person services: they are already paying for these services out of their own pockets. The conversation needs to be directed at the policy makers, and it must continue until RPM is utilized in every area of healthcare. If the system wants to see universal adoption of RPM and feel the full impact of its deployment, it must relieve some of the financial burden from providers through reimbursement. Code 99091 is a positive step on this path, but the journey through technology to affordable and accessible healthcare is only just beginning.

Juan Pablo Segura is the Co-Founder of Babyscripts, a virtual care platform created for obstetrics that allows OBGYNs to deliver better prenatal care.