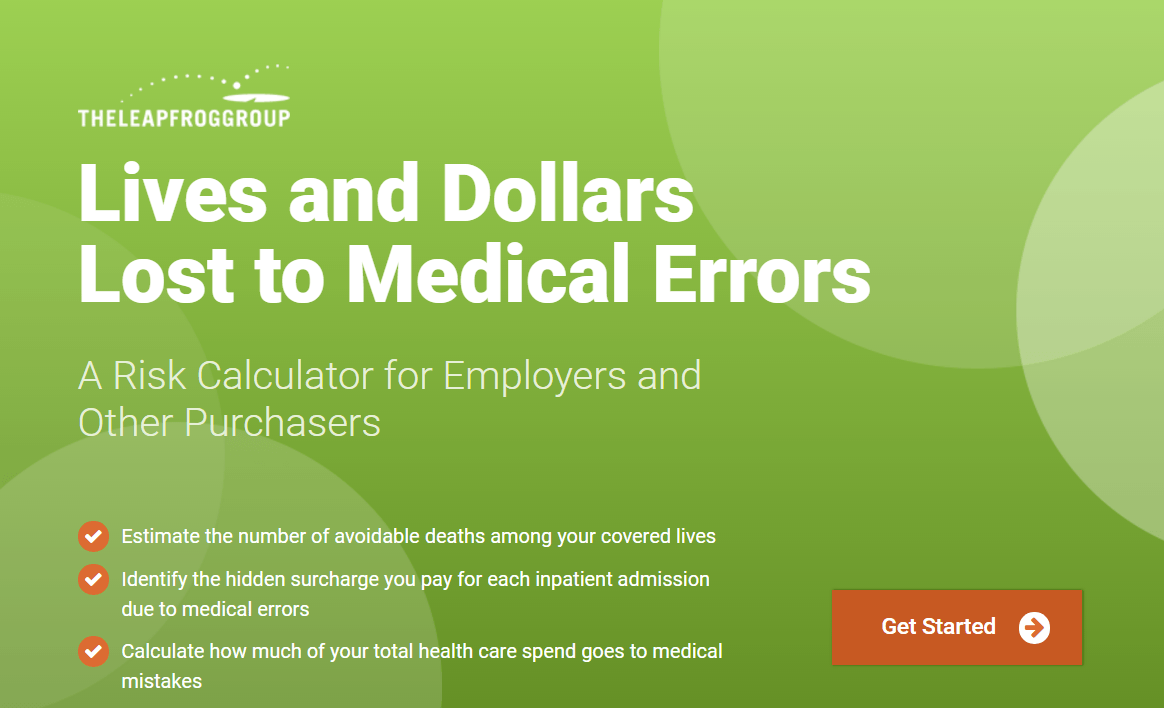 The Leapfrog Group, a nonprofit organization dedicated to quality and safety in healthcare has announced the release of its new Lives and Dollars Lost to Medical Errors Calculator, a new tool that illuminate the impact medical errors have on an employer’s covered population.

Originally launched in 2013 as the Hidden Surcharge Calculator, the new interactive tool allows purchasers to estimate the number of avoidable deaths among covered lives; how much they spend annually due to medical errors within general acute care hospitals; and how much of their total health care spend goes to these medical mistakes.

“When we launched the calculator in 2013, our goal was to expose the hidden surcharges associated with medical errors. Though they aren’t indicated as a line item on a bill, employers and purchasers are certainly paying for them,” said Leah Binder, president and CEO of Leapfrog. “Since introducing the calculator, we’re now able to tabulate an even more important estimate of the price purchasers pay – the estimated number of lives that are lost amongst their covered population.”

1. Estimate the number of avoidable deaths among their covered lives

2. Identify the hidden surcharge paid for each inpatient admission

3. Calculate how much of their total health care spend goes to medical mistakes

A recent study by the Armstrong Institute for Patient Safety and Quality at Johns Hopkins revealed that Leapfrog-graded D and F hospitals carry a nearly 50% greater risk of mortality than A hospitals. Over 33,000 lives could be saved if all hospitals performed at the level of A graded hospitals.

The Lives and Dollars Lost calculator is provided at no cost as a public service from The Leapfrog Group. The calculator is fully transparent, and includes an optional download which houses the full formulas, assumptions and sources behind our calculations.