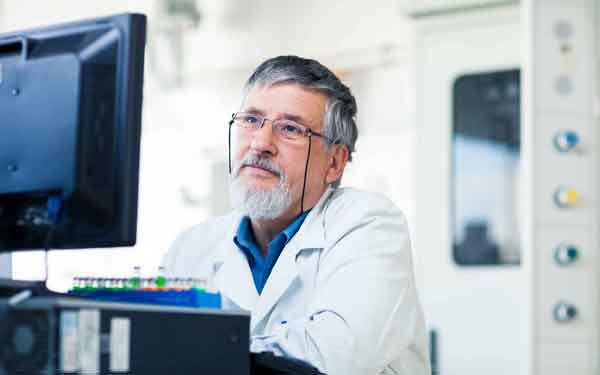 Researchers at the Scripps Translational Science Institute (STSI) have launched a new study that aims to improve screening accuracy for Parkinson’s disease by combining the power of genetic sequencing and wireless sensors. Researchers hope to validate a testing method that can accurately differentiate between Parkinson’s disease and essential tremor, the most common movement disorder, which is often mistaken for Parkinson’s. Earlier and better diagnosis could improve the use of treatment options and speed research toward new therapies.

While 60,000 Americans are diagnosed with Parkinson’s each year, thousands more cases go undetected, according to the Parkinson’s  Disease Foundation. As many as 1 million Americans live with the disease.

“Because there is no single reliable test for Parkinson’s, a diagnosis is often based on subjective observations by a physician,” said Ali  Torkamani, Ph.D., director of genome informatics at STSI and the study’s lead investigator in an official statement. “Misdiagnosis occurs in as many as 35 percent of cases, according to several clinical studies. By utilizing the power of precision medicine, we hope to create a more reliable method for screening patients exhibiting possible Parkinson’s symptoms.”

For the study named GADGET-PD, which is short for Genetic and Digital Diagnosis of Essential Tremor and Parkinson’s Disease., STSI is teaming up with The Michael J. Fox Foundation for Parkinson’s Research (MJFF) and Intel’s Health and Life Sciences organization to work on the study.

MJFF will provide the use of a mobile app, Fox Insight (developed with Intel), to collect tremor data. As part of the study, Intel will help fund the research and developed a cloud-based platform that can store and process the sensor data and yields real-time insights that aid STSI in their Parkinson’s research. Through this innovative research partnership, Scripps is leading the effort hopes to translate wireless and genetic medical technologies into high-quality, cost-effective treatments and diagnostics for patients.

“By combining genetic risk data with subtle tremor characteristics, we hope to create a detailed patient profile that accurately differentiates patients with Parkinson’s from those with essential tremor at the early stages of disease,” Torkamani said.

STSI researchers are currently recruiting 96 people to participate in the GADGET-PD clinical trial through the Parkinson’s Disease and Movement Disorder Center at Scripps Clinic in La Jolla, which is operated by neurologists Nelson Hwynn, D.O., and Melissa  Houser, M.D. Half of the participants already will have been diagnosed with Parkinson’s, and the other half will have received an essential tremor diagnosis.

Patients will contribute blood samples for DNA sequencing, and researchers will search subjects’ genetic data for gene variants known to be associated with Parkinson’s risk.

Each participant also will be equipped with a smartwatch, which tracks motion through an imbedded accelerometer, and an Android smartphone, which uses the Fox Insight app to transmit study data to a cloud-based platform developed by Intel.

Participants will wear the smartwatches 24 hours a day for two weeks, except during charging periods. Three times a day, participants will induce a resting tremor by playing a logic game for two minutes on the smartphone app. The game requires the player to roll a ball around a video maze by tilting the device.

“Gaining access to valuable health data and turning it into meaningful insights will lead to advances in precision medicine,” said Ketan Paranjape, general manager of Intel’s Life Sciences team. “Through the implementation of the analytics solution developed by The Michael J. Fox Foundation and Intel, consisting of a consumer wearable and an analytics platform optimized for Intel® architecture that can analyze both genomics and phenotypical data, institutions like Scripps Translational Science Institute are able to use the power of data to accelerate their research on Parkinson’s disease.”

More information about the GADGET-PD trial is available at ClinicalTrials.gov (study Identifier: NCT02668835).