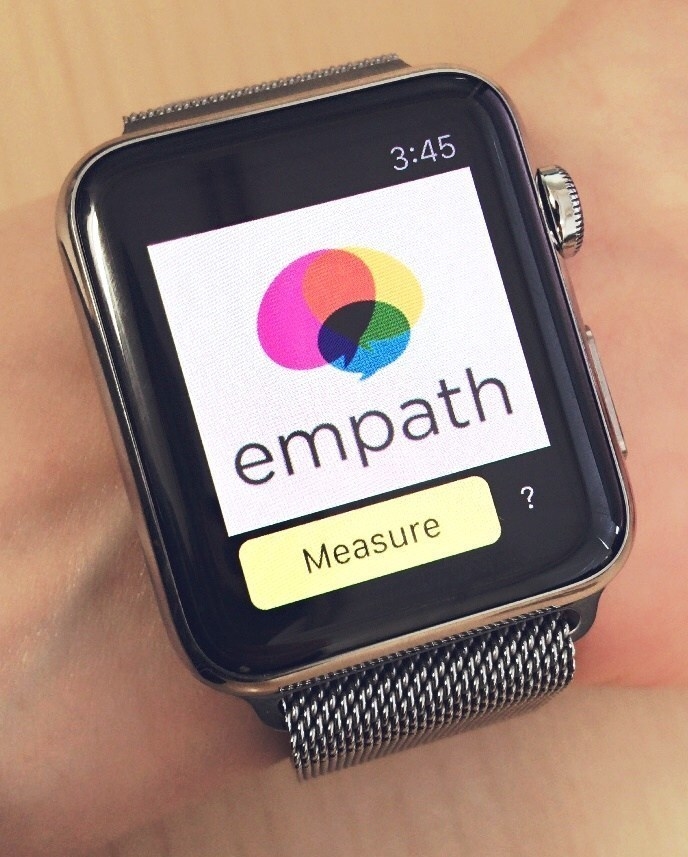 On Tuesday, Tokyo, Japan-based Smartmedical Corp announced the official launch of EmoWatch, the first vocal emotion recognition app for the Apple Watch. Based on Empath, Smartmedical’s proprietary vocal emotion recognition technology, the app identifies and tracks users’ emotions from their voices, regardless of language, by analyzing multiple vocal properties such as intonation, pitch, speed, and volume.

By analyzing multiple physical properties of the voice, EmoWatch can identify emotions in real-time, regardless of language. As mood data is accumulated, users can check the transition graph of their mood via the Apple Watch or iPhone. The app charts users’ energy points, a barometer that measures how energetic they are.

The barometer consists of the proportion of four emotions:

“Though emotion recognition technology can detect various mental states, it’s difficult for users to interpret their emotions if there are more indicators than necessary. The app gauges a user’s well-being, detecting whether their mental state is positive or negative. We created this original barometer by analyzing correlations with POMS (Profile of Mood States) scores. EmoWatch enables users to easily measure and monitor their emotional state. All they have to do is speak to their Apple Watch,” says Takaaki Shimoji, a Smartmedical Corp. board director. “In order to maintain healthy mental well-being, it is very important to be aware of one’s mental state. The app tracks and charts mental states so that users can check their mood in any situation, Shimoji adds“