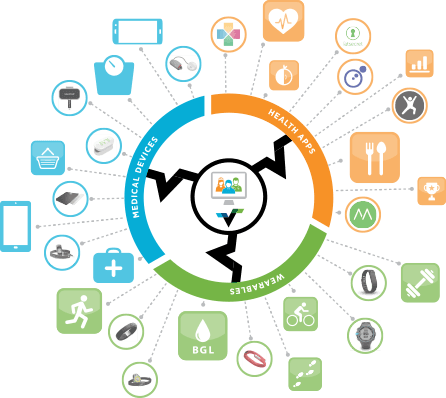 The future of harnessing inteoperability and open data in healthcare is promising if you’re open to embracing it. Validic’s Drew Schiller explains why.

The tsunami that is big data is cresting in healthcare right now. While that wave is on the horizon, healthcare providers are scrambling to figure out how they are going to survive the surge and ride the tide to their benefit. Let’s remove the poetic metaphor for a moment and talk about the reality of what’s needed to achieve that ideal: what we are talking about is HIT interoperability and whether it’s truly achievable in healthcare. Yes it is, says Validic’s Drew Schiller— if you’re open to embracing it. 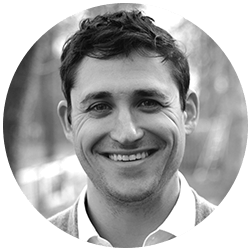 “Fundamentally, interoperability remains a challenge because our healthcare system’s data was historically created in silos,” said Schiller, cofounder and CTO of the Durham, NC-based health data platform. “That makes it difficult to gather data and integrate it in a valuable way. If you move any one silo, it sort of tends to create more silos in its place. We know interoperability cannot be achieved by one solution. However, we have a green-field opportunity to play a part in collecting the data that is emerging from the personalized health movement. More and more our interactions regarding our health are happening beyond the walls of a hospital; it’s important we recognize that and capture it.”

Capturing that kind of data, along with its potential to promote progress, is what led Schiller and cofounder Ryan Beckland to create Validic in 2010. Validic’s platform collects data from a multitude of clinical devices, health-related apps, and wearables and securely integrates their respective data into the HIT systems. The company’s customers include providers, payers, pharmaceutical companies, and HIT vendors. Although Validic doesn’t aggregate the data it collects, it offers a tangible and comprehensive touchpoint to the external surge of data that’s created from the myriad of devices that seem to be increasing in popularity and application, both clinically and commercially.

Validic’s platform adds a data layer to HIT systems that would be tricky to upkeep internally due to updates in existing software, emerging technologies, and security and privacy issues that often plague most new HIT tools. The company’s platform is not the sole answer to interoperability, but it’s a simple yet sophisticated approach to adding big data to a healthcare entity’s HIT arsenal. It is believed that the need to extract such data, including from consumer devices, will become more prevalent as healthcare providers come to rely on population health management (PHM) and other models of value-based care for reimbursement.

Schiller says Validic has made it simple for any healthcare entity to authorize the transmission of such data to another specific healthcare provider; all it requires is a patient portal. That takes care of the HIPAA headaches associated with consumer-created data that most providers could stand to do without. Still, a debate stirs over the value of apps and consumer devices like Fitbit: are they superfluous data sources, or is there substance to the stats they store?

Beyond the Hype of Health Wearables

Of course, there is the criticism that only the truly healthy care about their health, which if true means that these devices serve very little function in managing the most at-risk patients of provider populations. However, Schiller says that isn’t a fair assumption to make, especially at this point; he has seen firsthand how adopting these commercial devices have made influential impact on consumers when it comes to their health.

“We tend to think that healthcare is something that someone performs on us,” said Schiller. “However, the instant feedback of a wearable device helps demonstrate what we can do to alter those results. Could I have taken more steps today? Could I have slept more last night? Those questions may impact what I do tomorrow. These devices capture the building blocks to managing our health. These devices do create a tangible point of engagement and can serve as health indicators – perhaps a decrease in activity on an app or device will help care coordinators proactively intervene as a function of care management.”

With Schiller’s evaluation in mind, it would seem that the wearable’s market has a long way to go before being worn out. In fact, it may be the patients with chronic diseases who will actively participate in their healthcare as a part of their daily lives, especially with the emergence of devices that require little effort to transmit data: think ingestible smart pills, patches and implantables. It may sound a bit invasive, but such devices could become a much- respected and highly reliable part of disease management.

Deriving data from such devices is still in its infancy, but that doesn’t diminish the big wigs’ (like Apple and Google) foray into healthcare as merely a knee-jerk reaction to a commercial fad. “It’s true these devices are designed to make money, and novelty sells, but there is more to it than that,” said Schiller. “The question shouldn’t be if these sources are valuable but how it can be applied to achieve valuable insight. How can this data be applied to the big picture?”

Apple is trying to prove that point by directly working with providers. Its HealthKit tools, which were a part of Apple’s release of iOS 8 in September, are currently being used in two clinical trials at Stanford University Hospital and Duke University to demonstrate how they can aid in the management of diabetes, cancer and heart disease. “From a data perspective, there is a lot happening right now,” said Schiller. “Although such data may not reveal immediate value in an exam room, it ultimately could influence the future of the doctor-patient relationship by giving the physician more to look at, not just on an individual level, but on a population level illustrated by the trends such devices have yet to reveal.”

Schiller’s mentality about big-picture value can also be seen in his perspective on open data. There is a lot of criticism that open data isn’t reliable, squeaky-clean enough or secure enough to be a valuable data source, but the CTO says that simply isn’t true either. Open data can never play a part in the interoperability debate because it is aggregate, de-identified data. However, there are initiatives out there that are scrubbing open-data sets in an effort to add reputable validity and reveal reliable trends.

“I do think that is a necessary step for both commercial and research entities to open up their de-identified data sets for specific use cases to analyze for the greater good. I’m not suggesting that any for-profit entity open up their data that could be used by a competitor to do analysis. What I’m saying is that it would be great if, in aggregate, multiple for-profit entities allowed their data to go to a single source where all of those data sets could be standardized and normalized and then used for a larger population,” he explained.

To paint that kind of big picture, you need a lot of smaller brushes moving at once, and that’s why Schiller thinks that providers need to recognize the benefit of being able to derive data from multiple external sources. Only having the means to technically serve some of your patients is a pitfall you want to avoid, as it’s really a wasted effort. The lesson here: don’t narrow your focus via technology or vendor; let technology widen the possibilities of reaching your patients.

“True engagement comes from being equipped to engage,” said Schiller. “And it shouldn’t merely be patient driven. If you think you have found a specific app or device that really enhances the delivery of your services, it should be up to you to recommend it for your patients for a specific use case and not worry about going through the procurement at your health system. After all, we drive the technology; it’s not the technology driving us. I think that’s important to remember when thinking about your approach to new data sources.”

That being said, you want to avoid lock-in with a particular platform, application or device manufacturer because it is such a nascent market. “We’ve already seen several devices come and go, like the Zeo Sleep Coach, the Nike FuelBand. We’ve already seen examples of really high-profile devices being shut down. So it’s important to make sure that you’re not locked in to tightly to anything, so you can avoid any type of market failure,” said Schiller.

In terms of integrating such data into an EMR, that can be tricky, too due to the variety of philosophies from the EMR vendors in terms of how well they work with outside data source partners. “I would encourage due diligence in terms of how best to integrate that data into the EMR so that it’s part of the patient record, as well as something that’s accessible to the physician,” said Schiller. “Again, you will need to look for flexibility to get that kind of functionality.”

Schiller believes that it’s this kind of movement that will enable both providers and HIT vendors to create the next set of solutions for healthcare.

“One example that I really like to give is the story of the Cincinnati Children’s Hospital. A researcher there was able to surmise from monitoring a patient’s data suffering from Crohn’s disease that she had improvements in her condition right around the time of taking an antibiotic for an unrelated condition. This has led to an ongoing study that’s investigating the use of such antibiotics to treat Crohn’s disease and could have an impact on millions of patients around the world. Garnering data in this fashion leads to major possibilities, in conjunction with the development of solutions that could look at larger amounts of data sets. But getting the data is the first step— that’s where we come in.”

Although it’s important to discern value from a technical means, it’s also important to talk about that evaluation from human perspective. Schiller says that Validic chooses what applications to integrate into their platform based on the needs of their customers but he does not like to dismiss the value of any data source. “Any data that a patient generates in healthcare is relevant and important,” he said. “Now, that does not necessarily mean that it’s Validic’s role to analyze that data. What we try to do is connect the right apps and devices for our customers. Because of that, our roadmap is largely customer-driven. It’s driven by use cases and it’s driven by priorities.”

So how does all this perspective and potential promote achieving interoperability? Well, Schiller raises some excellent points with Validic’s approach and perspective regarding the data now disseminating upon healthcare. Interoperability is addressed not in a solitary solution, but by applying data layers that can be easily managed and mitigated when issues occur without causing greater upset to a larger HIT system. As Schiller noted, healthcare data has historically lived in silos, but what Validic is demonstrating is that connecting those silos can be easier through a solution that allows you to keep your system separate but seamlessly connected with external data sources. The takeaway: there is an undeniable agility and simplicity in a digital health platform like Validic that should not be overlooked.

As for the groundswell of data and discerning what’s truly valuable, Schiller says it’s really simple: “Value is a matter of perspective. We need to change the way we look at data. If we are going to change things on a big-picture level, you shouldn’t count anything out just yet. There is real value out there, both existing and emerging from new technology. To find it, you need the tools that will help you focus on what’s most valuable to you.”

« Health IT in India: Providers Expected to Spend $1.1B in 2014
TigerText Integrates With MobileIron to Enhance Secure Messaging »