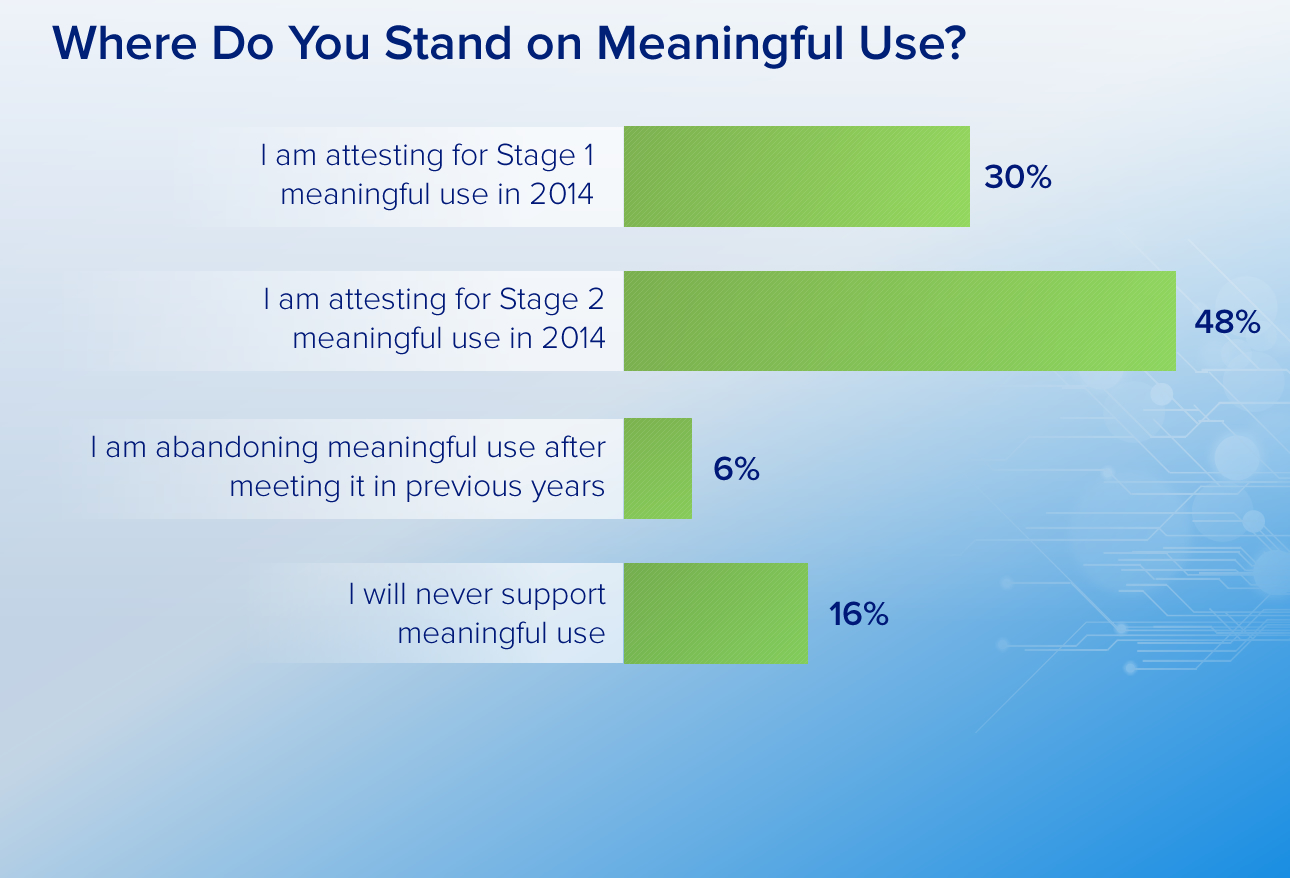 The key findings are based on 18,575 physicians across 25 specialties that were asked participate in a survey conducted by Medscape on current EHR use  during the period from April 9, 2014, through June 3, 2014. They answered questions about their use of an EHR and rated their systems in terms of overall ease of use and other performance traits, as well as their satisfaction with the EHR vendor. Physicians also described how their EHR affects practice operations and patient encounters. The results give an eye-opening portrait of how EHRs are affecting medical practices.

Rising Meaningful Use Drop Out Rates

According to CMS  data from 2013, the meaningful use dropout rate was 20% when providers only had to attest for MU stage 1 and is expected to increase even higher as more providers  prepare for MU stage 2. Critics of the meaningful use program such as the American Medical Association (AMA) has demanded the CMS and ONC to change its “all or nothing ” approach to the MU program and replace it with a 75% pass rate to avoid more physicians opting out of meaningful use. In a letter sent back in May, requested CMS and ONC to:

– Lower the financial penalty to 50%

– Remove the concept of menu vs. core

– Streamline and refocus the number of requirements

– Remove any mandates that are outside of the control of physicians (AMA letter, 5/8)

Related: Only 8 Hospitals Have Attested for Meaningful Use Stage 2

« Study: Physicians Are Looking to Pharma to Help Them with Patient Engagement
6 Big Benefits of Applying Automation to Healthcare »