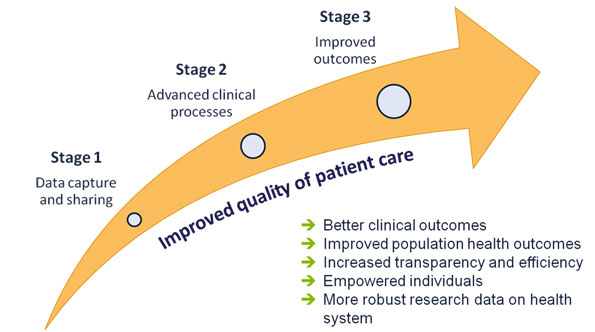 Other key EHR Incentive program trends in the report include:

Meaningful Use Drop Out Rate

Last month, the American Medical Association (AMA) sent a letter to CMS and the ONC challenging the way the meaningful use EHR incentive program is being conducted. The letter stated that unless significant changes are made to MU program and future stages, it would increase the likelihood of:

• More physicians will drop-out of the MU Program;
• Patients will face disruptions and inefficiency in their care, as existing EHRs are unable to
migrate data or facilitate more coordinated care;
• Thousands of physicians will incur financial penalties that hinder future technology purchases
and limit resources dedicated to advancing care; and
• Outcomes-based delivery models, which require data driven approaches, will be jeopardized.