Infographic created by Isis Holdings illustrates the results of the 24th Annual HIMSS Leadership Survey highlighting the healthcare IT executive perspectives on health IT.

The 24th Annual HIMSS Leadership Survey, sponsored by Infor, was conveyed across healthcare IT professionals representing near 600 hospitals throughout the United States. The web-based survey, which took place between December 2012 and February 2013, covered topics including IT staff and budget, priorities and security issues, and status on ‘Meaningful Use’ program and ICD-10 conversion. 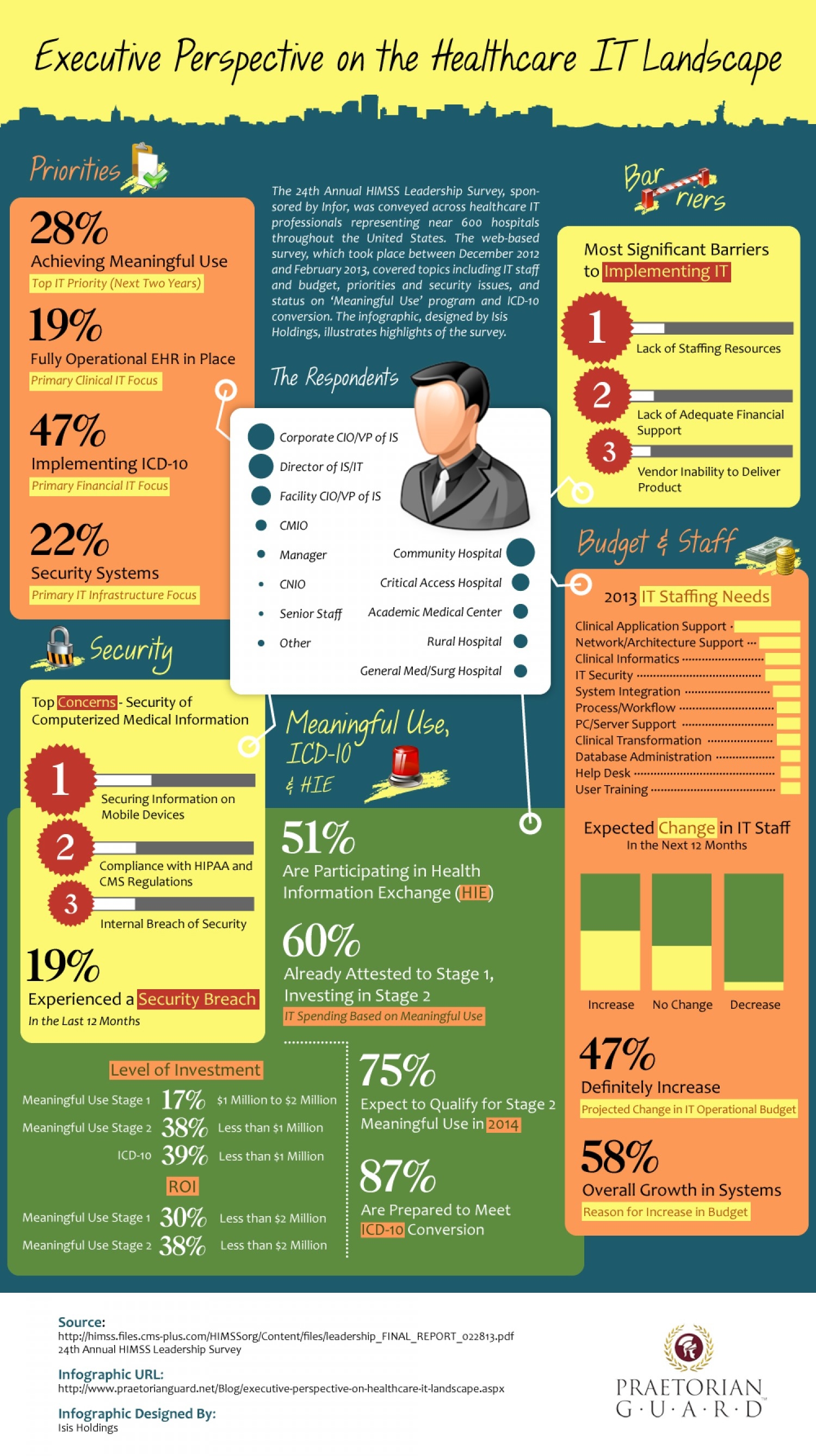 Among the key findings of this year’s survey (whose data points were collected Dec. 2012- Feb. 2013, with 298 respondents representing nearly 600 U.S. hospitals, and 90 percent of respondents fro hospital-based organizations):