An in-depth look into how sensors are having a major impact on innovation and the competitive landscape for the life sciences industry (medical devices, diagnostics and pharma).

In his influential book “the Creative Destruction of Medicine”, published in January of 2012, Eric Topol highlights wireless sensors as part of the confluence of technologies that will transform the practice of medicine.

Since then, the trends he highlighted have continued:

As the world population ages and more Lightweight, wireless enabled sensor networks connected via smartphones to cloud/server based storage and applications make it feasible to continuously monitor physiological measures.  This is enabling  “aging in place” for the world’s rapidly aging population, allowing more older adults and individuals with chronic conditions to remain in the home environment while they are remotely monitored for safety.

This continuous monitoring also forms the basis for innovation in a number of other areas: Data from continuous real time monitoring can be analyzed to provide early detection or in some cases prediction of changes in health status.   This approach is being applied across a wide variety of conditions, including heart disease, epilepsy, parkinsons disease, stroke, dementia, and cancer.  Examples include:

Extending Therapies from Clinical Settings to the Home 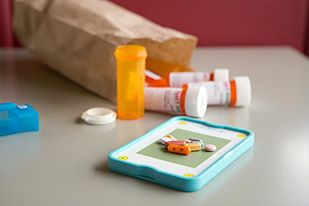 Medication and therapy regimens are only effective if patients adhere to them. Sensors can be applied to monitor adherence and provide inputs to systems designed to improve adherence through alerts, reminders, persuasive design and gamification techniques for patients, caregivers and therapists.

“The next logical step in this evolution is for sensors to help manage chronic disease, which affect more than 140 million individuals in the United States, and account for more than 75% of our healthcare expenditures.“ 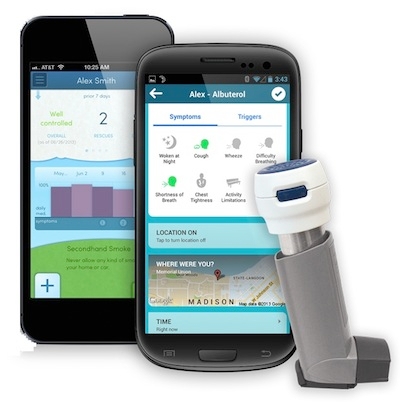 Wearable and ambient sensors can be an important part of an overall system to manage chronic conditions.   An example of this is in Asthma management:

“The whole sensor field is going to explode.  It’s a little all over the place right now, but with the arc of time it will become clearer.”

Companies like Apple, currently hiring engineers from the medical sensor industry, are expected to get into the wearable sensor game.

The number of wearable physiological sensors connected to smartphones are expected to grow significantly over the next 5 to 10 years.  As the healthcare industry faces increasing pressure to improve outcomes while lowering costs, the ability to combine data from these sensors with data from other systems to measure treatment effectiveness will become more important, not just in clinical trials, but in the context of managing population health.

Companies that are proactive in using sensor technology together with other techniques to create and demonstrate superior effectiveness will reap significant rewards in this environment.