PPACA envisions that in October of next year, health insurance exchanges (HIX) will be the primary method for adding tens of millions of uninsured Americans into the healthcare system. My prediction is that undefined/complex requirements, enormous technical and operational challenges and a myriad of other distractions will prevent the federal government – and many states – from delivering the promise of HIX’s until later in 2014 – if even then. 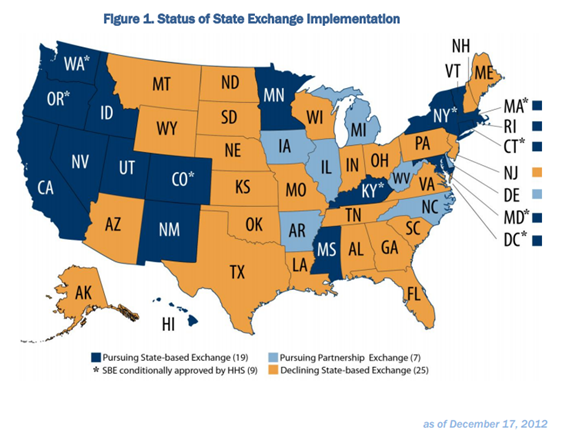 With less than a year until deployment, many key decisions and rules as to how health plans will participate have not been fully defined.

Regulatory variations across states will unduly complicate how health plans serving these states will produce and consume enrolments originated from these HIX’s.

There are major operational and technology aspects associated with implementing and operating a health insurance exchange. It’s not reasonable these aspects will be understood, delivered and tested in less than one year!

Most HIX users are expected to be low-income individuals. The eligibility and enrolment processes and systems needed to enrol, track and process changes for this historically mobile and volatile user base are very complex; ask anyone who has been involved with Medicaid eligibility and enrolments. Add in the need to determine premium tax credits, allocations and other subsidies and you have one very complex system to design, build and test – again in less than a year.

Coordinating billing and payment flows and all the retroactive additions, cancellations and reconciliations between multiple parties – all impacted by overlapping state laws and department of insurance regulations.

Right now, most states have decided not to set up their own exchange but rather rely on The Feds to create and run the HIX for them. This forces The Feds to take on a much larger role than they originally anticipated. There’s a dearth of healthcare and IT resources. Will the feds be able to acquire the resources to deliver on their gamble?

Like all states, private payers and providers, The Feds (CMS/HHS/IRS/Etc.) are also greatly impacted by the Affordable Care Act, HITECH and new standards regulations. Just about every other program initiated by The Feds – HIPAA 5010, ICD-10, Meaningful Use, etc. – have seen delays and/or scaled back expectations. What makes anyone think that health insurance exchanges will be any different?

So…my prediction for 2013 is that the deployment of federal health insurance exchanges in October 2013 will not happen – at least as originally envisioned.

Steve blogs about Healthcare IT and ICD-10 topics at http://shimcode.blogspot.com where this article was first posted.