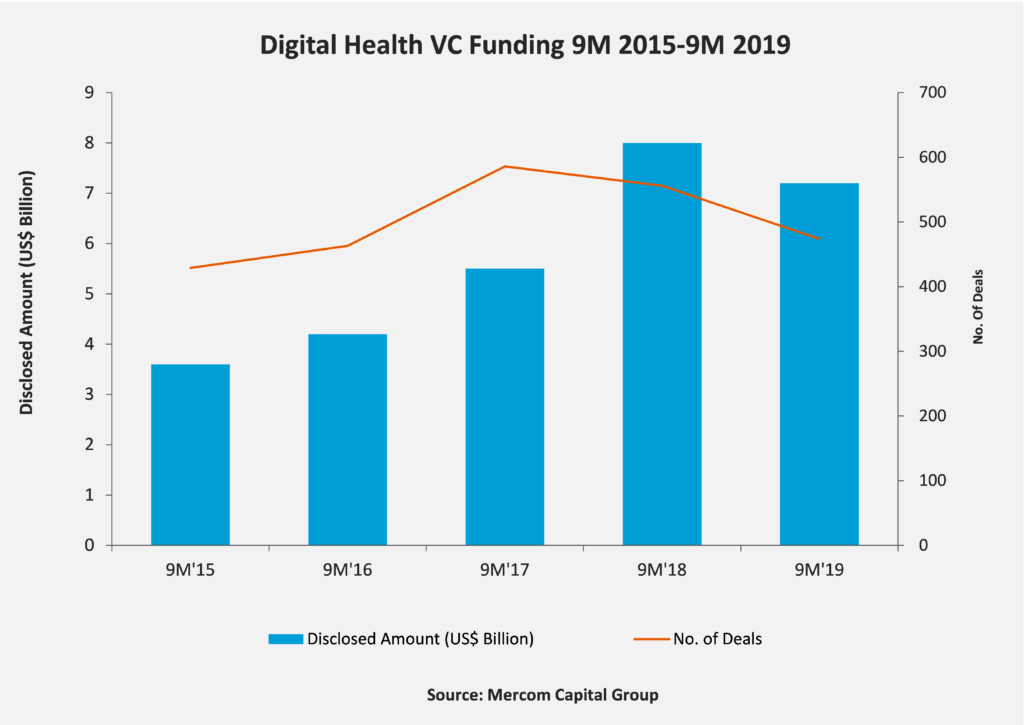 The top funded digital health funding categories in Q3 2019 were:

– Digital Health practice-focused companies received $599 million in 60 deals, accounting for 29% of the total $2 billion of VC funding raised in Q3 2019.

– In Q3 2019 (within the United States), 37 deals originated from California, followed by New York with 11 deals, attracting the most VC funding with $398 million and $297 million respectively.

“After a strong Q2, funding and M&A activity slowed in the third quarter and financial activity is lagging compared the same period of last year. The performance of the much anticipated four digital health IPOs at the end of Q3 has been disappointing and the fate of future IPOs may depend on how well these companies fare,” said Raj Prabhu, CEO of Mercom Capital Group. “Large deals continued to dominate with six companies raising half of all the funding in the third quarter.”