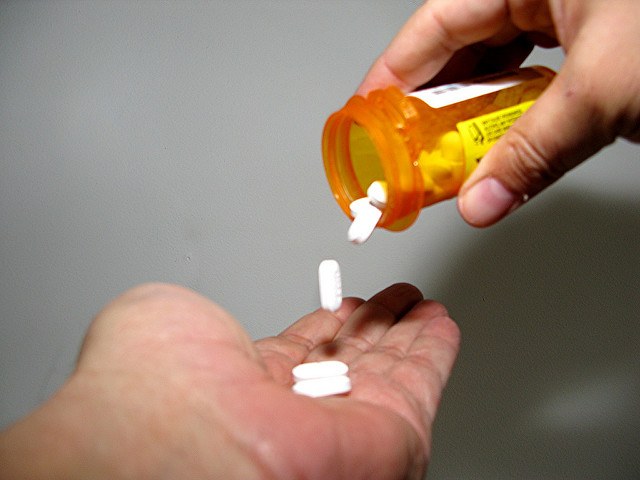 According to the Center for Disease Control, an average of 130 Americans die every day from an opioid overdose.  Although illicit opiates such as heroin and fentanyl are the primary drivers of the opioid crisis, prescription opiates still play a large role.  The National Institute on Drug Abuse reports that 21-29 percent of patients who receive prescriptions for opioids will misuse the drug and 8 to 12 percent of opioid recipients will develop a disorder.  Almost all heroin users have misused prescription opiates prior to beginning using heroin.

While “solving” the opioid crisis is a complex and multi-faceted problem, one area that has come to light as both a potential driver and a solution is the practice of Physician Dispensing (also known as “In-Office Dispensing”): the practice of doctors and other medical professionals providing prescription medication directly to patients instead of writing prescriptions to be filled at the pharmacy.

Prescription Drugs and the Opioid Epidemic: How Did We Get Here?

In the 1990s, some major pharmaceutical companies introduced many opiate products to doctors as pain management superdrugs.  They claimed that these drugs were not generally addictive.  They were wrong. Two decades later, as the United States deals with the opioid crisis, major pharmaceutical companies including Johnson & Johnson and Purdue Pharma face lengthy court battles over whether they intentionally misled doctors and patients about the addictive properties of opiate-based drugs such as Oxycontin and Hydrocodone.

Why Does Physician Dispensing Exist?

The practice of in-office medication dispensing has a number of advantages for doctors, patients, and the health care system as a whole.  As such, it is legal in almost every state. Chief among these is patient medication adherence or compliance. According to one physician dispensing company, non-adherence to prescription medications is over 30% (rising to 50% for chronic disease medications), causing 10% of all hospital visits and almost 125,000 unnecessary deaths per year.

While there are a variety of reasons why so many prescriptions go unfilled, one of the chief solutions is to have medical practitioners provide the medication directly to the patient at the point of care.  Other benefits include patient privacy (a doctor’s office generally being more private than a pharmacy), patient convenience, and operational efficiencies for the medical clinic.  Physicians generally earn a return, comparable to a pharmacy’s dispensing fee, for dispensing prescription medications.

Does Physician Dispensing Contribute to the Opioid Crisis?

Recent high-profile actions have called into question whether the financial return that doctors and clinics make from dispensing directly to patients can create the wrong sort of incentives when it comes to patient care: in particular, whether these incentives influence doctors to over-prescribe medications, including opioids, and/or to favor prescription drugs for which they earn a greater return.

While there have not been comprehensive studies about whether the practice of in-office dispensing skews physician behavior (either in general or with respect to opioids specifically), there is some evidence that – in some cases for some physicians – economic incentives can affect the medication decisions made by medical practitioners.  For example in May 2019, the billionaire founder of the drug firm Insys was found guilty of bribing doctors to prescribe opioids to their patients.

According to the British Medical Journal, overprescribing is a major contributor to the opioid crisis.  That said, it should be noted that the above relates to opioid prescriptions generally – not to whether this situation is exacerbated by the practice of in-office dispensing.  While it can be assumed that most physicians put patient care above distorting economic incentives, it is unclear whether those practitioners who are influenced by such incentives would go further down this path (and whether they would have further opportunity to do so, relative to their current practice) given the financial incentives offered by in-office dispensing.  It is clear that more research is needed on this topic.

Or is Physician Dispensing Part of the Solution?

An opposing case can be made that physician dispensing can mitigate some of the harm caused by the opioid epidemic. For example, the drug Naxolone has the ability to revive someone in the midst of an opioid overdose.  In recent years, an effort has been made to make Naloxone available via pharmacist dispensing; however, studies show only 29% of pharmacies have this drug available and have correct information about its use.

A physician is much more likely to know his or her patients than the local pharmacy, as such, a doctor who may suspect misuse or an addiction of opiates and are engaged in a physician dispensing program can actively ensure their patients leave their office with Naloxone – thus giving them more of an opportunity to save their own lives or a friend or a friend or family member who may also suffer from addiction.  Ensuring opiate addicts have Naloxone readily available through physician dispensing would not attack the root causes of the epidemic but could mitigate its effect.

While there is significant evidence that financial incentives in the health care system have contributed to the opioid epidemic, it is not clear whether physician dispensing is contributing to this trend or the extent to which it can be a tool to mitigate its severity and save lies.  It is also worth noting that every state has its own physician dispensing regulations and varying levels of restrictions on what can be dispensed in-office.

One logical step forward would be for state regulators to carefully review their physician dispensing regulations to restrict the ability of medical practitioners to dispense opioids, and, further, to monitor and reduce distorting incentives for them to do so.  Many states have already taken steps in this direction. In addition, it is clear that comprehensive research on the effects of physician dispensing (both the benefits and the potential downsides) is needed

Nicholas Benedict is the Managing Director of King, Edward with a focus in pharmacy and healthcare. Benedict has a B.A. from McGill University and an M.B.A. from the Wharton School of the University of Pennsylvania.

Jonathan Ni is a writer at Physician-Dispensing.com and a B.Sc. Economics Candidate at the Wharton School of the University of Pennsylvania.