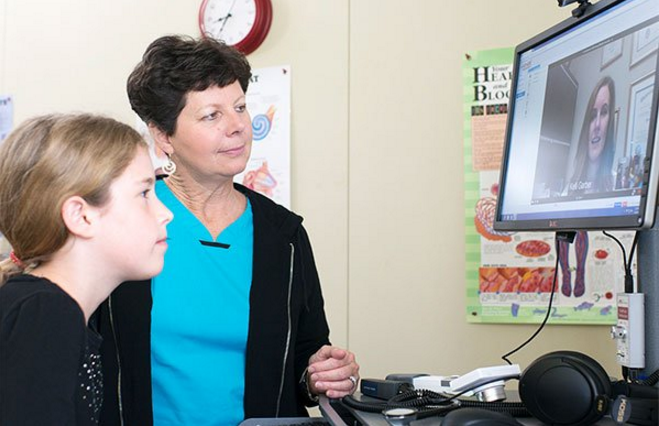 Telehealth has been a key theme at HIMSS for several years now; that said, it has never quite lived up to its own hype and to some extent has been viewed as a “niche” area compared to some of its bigger brothers such as EHR and population health. The back-end of 2018 and start of 2019 saw developments that are likely to change this in the near future.

The Centers for Medicare & Medicaid Services (CMS) updated several of its guidance models and the 2019 physician fee schedule in relation to providers treating Medicare Advantage patients using telehealth. The result is that many of the reimbursement restrictions relating to geography, service type, virtual check-ins, remote pre-evaluations, telehealth in SNFs, provider-to-provider consultation, etc. will lessen significantly over the coming 12 months.

Reimbursement has been a huge limiting factor for telehealth market development in the US, and the impact of these changes was forefront at HIMSS as traditional telehealth leaders (e.g. American Well, Teladoc, Philips, GE Health, InTouch Health, Cisco, Resideo/Honeywell, etc.) push their advantage and those adjacent to the market (e.g. EMR, population health management, and patient engagement vendors) react to ensure they’re also positioned to capture share, either directly or via partnerships.

HIMSS19 seemed to capture much of this renewed enthusiasm and increased market expectation, with a plethora of new product announcements, platform upgrades, and enhancements. We’ve tried to capture the most interesting below.

Several new product launches, at least one potentially disruptive were made during the show in relation to telehealth in acute settings.

GE Health launched its new telehealth platform “Mural”. GE Health has to some extent remained on the periphery of the telehealth market to-date; however, Mural is a clear indication it sees telehealth as a significant opportunity going forward.

The solution is a new virtual care platform for use in acute settings such as (but as GE was quick to emphasize not limited to) ICU applications. GE’s monitoring solutions are used extensively across hospital networks globally. This vast installed base of customers, alongside this new platform, positions it well to take advantage of the growing tele-ICU, tele-stroke, and surgical/medical support telehealth markets, offering renewed competition to some of the established players in this market such as Philips and Avizia (now owned by American Well).

GE partnered with InTouch Health for the video element of Mural. InTouch itself was at the show demonstrating its progress integrating solutions from several of its 2018 acquisitions into the InTouch Virtual Care platform. InTouch has been on a journey over the last five years or so, pivoting its business model from a hardware-centric offering towards a platform-centric solution, whilst simultaneously expanding its breadth of coverage from a focus on high- to lower-acuity settings. Its 2018 acquisitions of Reach Health and TruClinic certainly supported this and the company is gearing up to have much of the integration required to bring its expanded portfolio onto one platform in time for ATA in New Orleans in April. Partnerships such as those with GE will support the company’s success in the telehealth market, but at the same time GE and InTouch may well end up competing for head to head at times.

Another vendor that is not too dissimilar to InTouch is GlobalMed. Again, the company is in the process of transforming its core business model away from hardware toward a more platform-centric offering, although it is perhaps behind InTouch and American Well-owned Avizia. That said, GlobalMed announced its virtual care platform, eNcounter, had been launched on the Microsoft Azure Marketplace at HIMSS and it also launched its new pricing model, a flat fee per provider model starting at $899 per month for access to the eNcounter platform and required hardware.

Specifically, which hardware that includes is a little less clear, but the intention was a lower cost of entry when implementing telehealth for provider-to-provider encounters would expand the range of health networks that may use its solution. With the changes to reimbursement outlined earlier, a strategy of helping to reduce the traditional large capital expenditure required to implement telehealth is well-timed.

Philips has been a longstanding market leader in terms of remote patient monitoring (RPM) for telehealth. In 2016 it acquired US PHM vendor Wellcentive and then at the end of 2017 it acquired Netherlands-based PHM vendor VitalHealth. At HIMSS it was able to demonstrate the result of its integration project to bring the three legacy platforms together into one integrated solution.

Its demo showcased how analytics/stratification elements from the legacy Wellcentive solution were being used to ID high-risk patients. This was supplemented with modules from the legacy VitalHealth offering that allowed the use of patient-focused questionnaires to add additional content to the patient data used for risk stratification. Finally, for those patients IDed as potentially benefitting from RPM, the platform used a combination of legacy VitalHealth and legacy Philips RPM modules to sign-up, register, train and monitor patients.

Philips wasn’t the only RPM solution vendor showcasing a new platform at HIMSS, Resideo Technologies (formerly Honeywell Life Care) announced a “refresh” of the company’s LifeStream telehealth platform for RPM with LifeStream 5.4. Additional features focused on some similar areas to that which Philips’ VitalHealth acquisition brought into Philips’ portfolio such as patient health surveys, videos to support patient engagement/education, “pain monitoring” and an updated UI that supports click and call video consultations. The company also demoed how its video consultation capabilities were being used to support patients either during RPM orientation at the start of a program, or at specific points during the monitoring process.

With the changes to reimbursement rules in relation to RPM announced earlier this year, the integrated solution offered by Philips positions it well to take advantage of the forecast acceleration in market growth. The additional features launched by Resideo add significant functionality to LifeStream while allowing it to position well for a more sophisticated patient engagement offering beyond just monitoring. Many PHM vendors are looking for partners to work with in relation to patient engagement and telehealth and key for them are features that allow RPM to go beyond its traditional feature set.

The US payer/employer-driven consumer, on-demand telehealth market has for some time now been the domain of four service providers – American Well, Teladoc Health, MDLive and Doctor on Demand. However, 2018 and 2019 has seen several of these companies expand their remit toward the provider market and towards higher-acuity applications. American Well’s acquisition of acute-care telehealth hardware and platform provider Avizia in May 2018 illustrated this well, as to some extent did Teladoc Health’s acquisition of Best Doctors.

Announcements during HIMSS continued this trend. Teladoc Health announced it was expanding its virtual care capabilities for hospitals and health systems. It announced a new capability, Clinical Workscope, aimed at supporting health systems integrate Teladoc’s SaaS-based platform into existing workflows and IT. It also announced new diagnostic testing capabilities would be added to the platform that supports clinicians ordering diagnostic imaging and lab tests from either the health system’s own facilities or recognized third parties (e.g. LabCorp and Quest Diagnostics).

American Well focused more on the traditional hardware market in terms of HIMSS announcements with the launch of its American Well 250 Cart, the first integrated telemedicine device it has brought to market since the Avizia acquisition, but again an illustration that its eye has moved on somewhat from the consumer market, towards higher-acuity applications. This was illustrated well by Roy Schoenberg MD, CEO of American Well, who stated: “focus is quickly shifting from the thrill of instant video connectivity to recognizing the operational efficiencies that come from the redistribution of clinical skills across buildings, facilities and networks.”

As a collection, the above announcements are broad in scope, and the key takeaways are perhaps a little unclear as vendors pivot to address new opportunities. Telehealth is certainly mainstream and mature; however, the market feels embryonic again to some extent, with the positive changes in legislation and changes to the 2019 CMS Physician Fee Schedule providing a significant boost across all settings. The large number and broad range of announcements at HIMSS certainly indicate vendors since there is a renewed opportunity and the market will certainly be one to watch in 2019.