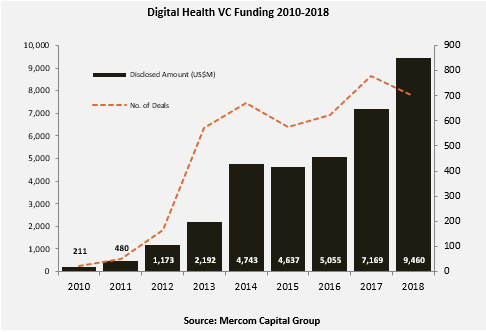 In addition, the report reveals since 2010, digital health companies have received $35 billion in VC funding in over 4,000 deals and almost $12 billion in debt and public market financing (including IPOs), bringing the cumulative funding total for the sector to $47 billion. 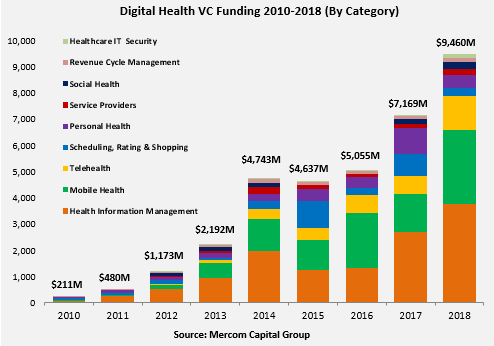 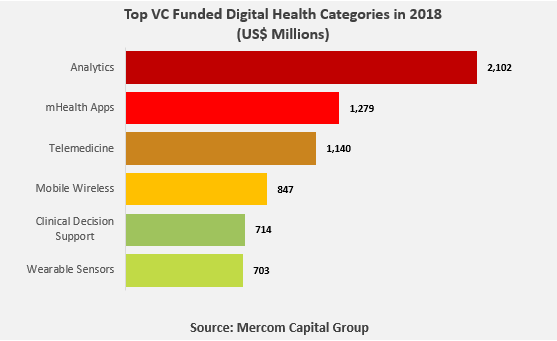 – mHealth Apps were the most acquired category in 2018 with 32, followed by Data Analytics companies with 27 transactions, and companies offering Practice Management Solutions with 22 transactions.