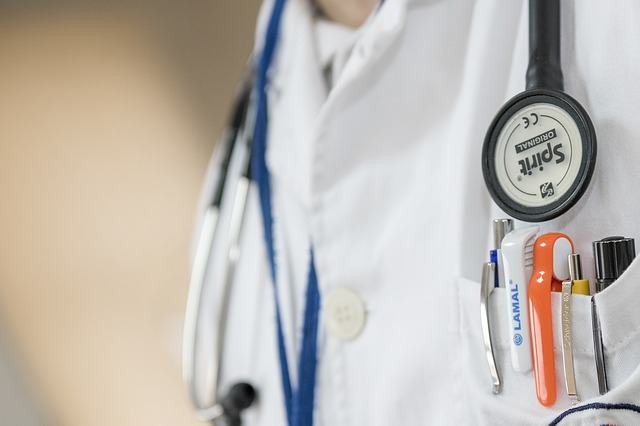 It may be difficult to recall now, what with the ongoing Cerner deployment and recent challenges that had little to do with technology, but there was a time when the Department of Veterans Affairs was considered the gold standard for healthcare IT.

VA was out front with the initial development in the 1970s of the VistA system, which would come to be widely recognized and frequently honored. Indeed, when VA was overhauled in the 1990s, VistA was the primary tool that enabled the success of new policies.

Without question, much of the effectiveness and durability of VA’s VistA can be attributed to the way it was developed, specifically to the collaboration between technologists and clinicians that defined the process.

“Responding to doctors’ requests, developers created tools that were good at organizing care for the millions of veterans with chronic illnesses,” writes Politico’s Arthur Allen in chronicling VistA development at VA. “As it grew, VistA genuinely changed medicine: The [VA developers, ultimately known as the Hardhats] created databases … which led to discoveries linking blood pressure to stroke and the arthritis medicine Vioxx to heart attacks, among others.”

Thanks to VistA databases, VA clinics set the standard for avoiding amputation among diabetics. A VA nurse invented the barcode medication administration. When Katrina hit New Orleans in 2005, only veterans’ health records remained intact in the aftermath.

And in Medscape’s 2014 and 2016 surveys of clinician satisfaction with electronic health records (EHRs), VistA was still rated number one overall. Time and alternatives have not diminished VistA’s effectiveness.

It helps to try and reconcile the collaboration that yielded VistA with Atul Gawande’s most recent article in the New Yorker. Unambiguously entitled “Why Doctors Hate Their Computers,” Gawande marshals analysis and anecdote to demonstrate that the marriage of medicine and technology is a relationship help together by incentives and inertia, not genuine affection.

“Something’s gone terribly wrong,” Gawande writes. “Doctors are among the most technology-avid people in society; computerization has simplified tasks in many industries. Yet somehow we’ve reached a point where people in the medical profession actively, viscerally, volubly hate their computers.”

Of course, technology has also upended many industries. Think about what journalism, music, and brick-and-mortar retail sales looked like two decades ago.

But when we have this conversation about medicine and healthcare, it feels different; arguably, it is different. Individual music lovers can weather disruption in the delivery system without threat to life and limb. As far as I know, Napster created no fatalities.

Conversely, as Gawande points out, studies have determined those patient deaths actually rise after new functionality is introduced.

They do, however, also fall .21 percent annually as clinicians get more comfortable and proficient.

That last fact is a key component of Gregg Meyer’s defense of EHRs. The chief clinical officer for Partner’s Healthcare says that how users feel about EHRs is less important than how patients benefit. If we can focus on that aspect of healthcare’s computer revolution and play the “long game,” he believes “that all that stuff is just going to get better with time.”

“It’s tempting to say there’s no way we can build or leverage technology in order to restore some humanity to the practice of medicine,” Derienzo said in a Healthcare IT News interview. “But I think that’s fundamentally a wrong assumption.”

Speaking of technology more broadly than just EHRs, Derienzo focuses on implementation and design, pointing out the examples of well-designed technology that enhances productivity and job satisfaction versus tools like … well, EHRs, which are often “based on a world where we took what we did on paper then did the same thing on computers.”

Keep in mind, Derienzo is talking about a world where we went from paper to computers before wholly implementing new payment models and care plans. As it stands now, we’re trying to adjust both the tools and the systems they manage, creating upheaval among all participants.

So how do we rectify this current scenario, craft a peace treaty between doctors and computers and start to deal with physician burnout?

We do more to bring clinicians back into the process. We enable the relationship between medicine and technology. We figure out how to relinquish some control.

The VA demonstrated that EHRs could be developed in collaboration with providers. Virtually every other EHR vendor has focused initially on billing and improving organizational revenue.

It’s not that this is an unimportant or unworthy objective. It’s that it creates false dichotomies. There is no hard bargain between creating a system for patients OR for users. There does not have to be a focus on patient care OR revenue. Virtually every other industry has developed sophisticated IT systems that keep multiple balls in the air at the same time. There is no reason healthcare can’t do it as well.

But it will require systemic adaptability, the key components of which, as Gawande says, are “mutation and selection. Mutation produces variety and deviation; selection kills off the least functional mutations.”

We currently have EHRs that mutate too little, and when they do it’s only with the approval of healthcare IT corporations loathe to give up control.

That must change. Healthcare is complicated, and any corporation will be hard pressed to develop all the functionality a hospital might need. Apple doesn’t develop every app that runs on their platform. Neither does Google. That every necessary function will come from Kansas City or Verona is unrealistic and unwise.

It’s also inefficient, as Neil Malhotra, a neurosurgeon at Penn, is demonstrating. Frustrated with a lack of mutation, Malhotra and Penn are proving that collaboration and a bit of freedom to maneuver can yield significant benefits to both doctor and patient.

“Malhotra’s innovations showed that there were ways for users to take at least some control of their technology—to become, with surprising ease, creators,” explains Gawande. “It’s a beguiling vision. Many fear that the advance of technology will replace us all with robots. Yet in fields like healthcare, the more imminent prospect is that it will make us all behave like robots.”

It’s the dystopian vision of robotic doctors that American healthcare must avoid, making system adaptability and physician buy-in essentials moving forward. In essence, we have to invite physicians into the technology development process and enable some ownership, just as VA did. If not, we risk losing talented clinicians to burnout and worse. It’s a loss the American healthcare system can’t afford.