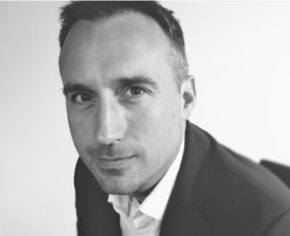 – On 13th June 2018, cancer informatics and digital pathology workflow vendor, Inspirata, announced that it was purchasing GE Healthcare’s remaining population health management (PHM) interest, Caradigm
– This follows the announcement in April 2018 that GE Healthcare was selling its ambulatory value-based care business to Veritas Capital
– This latest announcement now means that GE Healthcare has exited the population health management market from both an enterprise and ambulatory perspective
– It also means Caradigm is now for the first time cut free from GE 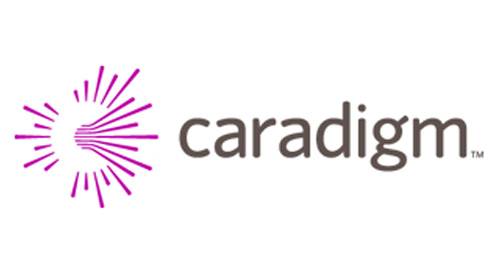 GE’s strategy in relation to population health management (PHM) has been somewhat confusing and disjointed at times and its exit has looked increasingly likely for the last six months. Its original entry to the market via the formation of Caradigm, a joint venture with Microsoft, was made in 2012. However, the strategy for Caradigm changed after just a few years, with Microsoft quietly pulling out of the venture in April 2016 and GE taking sole ownership.

Despite the change, Caradigm did go on to develop a well-regarded PHM portfolio during this period (and one that it has continued to enhance) and it gained a sizable business in solutions focused on the enterprise market. In Signify Research’s latest market report covering the North American PHM market, Caradigm ranks in the top 10 vendors serving the enterprise provider market in terms of revenue share in 2017, a considerable achievement bearing in mind the highly competitive and fragmented nature of the PHM market.

However, the period between Caradigm being formed and Microsoft pulling out of the deal coincided with the end of GE’s retreat from the enterprise EHR market (although this process had started several years before). Many of the leading PHM platform vendors come from an EHR background (e.g. Cerner, Epic, Allscripts) and have been able to leverage their EHR customer base to drive new PHM revenue. As GE stepped back from the enterprise EHR market this opportunity lessened for Caradigm, as did Caradigm’s strategic fit within GE.

A month after GE took full control of Caradigm in 2016, it also announced Project Northstar.  This was GE’s next-generation ambulatory care IT solution designed to address the needs of value-based care (VBC). A core element of Project Northstar was to develop tools to support integrating population health management into physician workflow solutions, ambulatory revenue cycle management platforms and general practice management IT.

Whilst having two separate parts of GE addressing PHM may have led to some confusion (particularly as Caradigm also served some ambulatory customers too), the development did reaffirm Caradigm’s strategic fit within GE. Although the brands remained separate, Caradigm did start to become more integrated into the wider GE VBC operation (e.g. sales operations, some elements of marketing, etc), and it would have not have been a stretch of the imagination to see the Caradigm brand disappear over time, with offerings marketed under the GE brand.

However, April’s announcement that GE was selling its ambulatory VBC business to Veritas Capital, including Project Northstar, put an end to that possibility and left Caradigm isolated within GE. The subsequent sale of Caradigm was the next logical step for GE and one that Signify Research predicted in its April 18 insight – GE Healthcare IT Sell-Off: The First Cut Is The Deepest?

What Changed for GE?

As Signify Research has documented in the past, GE’s foray into PHM was reflective of several examples where it has over-reached into new markets with speculative initiatives or acquisitions, only to make minimal impact on market share or profitability, a trend also apparent in the wider conglomerate. It became increasingly obvious that VBC/PHM (whether with Caradigm in the enterprise market or Project Northstar in the ambulatory market) was not of great strategic value to GE and had little cross-over with its core revenue streams in imaging, clinical care and life sciences.

The Caradigm story as an illustration of GE over-reaching bears remarkable similarities to GE’s experience with Omnyx. Omnyx started as a joint venture between GE and UPMC, GE subsequently took full control of the company in 2016, ran it for a number of years then cut its losses and sold it to Inspirata earlier this year.

To some extent the writing was on the wall for Caradigm back in 2015 when GE wound up its enterprise EHR operations. The rise of Project Northstar offered a lifeline, but the somewhat slower than expected rate of PHM product development around Northstar during 2017 also rang alarm bells that the full weight of GE wasn’t completely behind the initiative.

However, perhaps the biggest issue was GE buying into much of the hype around PHM and expecting too much, too quickly. The topic is awash with overinflated market estimates and forecasts suggesting PHM is already worth tens of billions of dollars. It’s not.

In our latest report on the North American PHM market (published June 2018) we estimate the North American market to have been worth $3.9B in 2017, with a forecast it will approach $7B in 2022. Still a sizable market, and one where a vendor such as Caradigm could potentially grow into a +$100M company over a relatively short period of time.  But this was perhaps not ultimately big enough or fast enough for GE.

Pressure on the Caradigm business and the VBC market in general during 2017, driven by an uncertain legislative environment and a slight slowdown in new ACO deployments (Caradigm’s core market), would also not have helped maintain GE’s confidence in its VBC strategy.

The Future for Caradigm

As of 11th June 2018 (the effective date of the deal), Caradigm immediately became part of Inspirata. The press announcement from the parties involved stressed the point that Caradigm’s Intelligence Platform would aid in accelerating the development of Inspirata’s big data oncology platform – Cancer Information Data Trust (CIDT).

This will lead to a certain proportion of Caradigm’s resource now being re-focused towards this area of support, giving Caradigm a new opportunity to drive additional revenue from its portfolio. However, with Inspirata’s business still relatively small, short-term opportunities are likely to be limited.

The new opportunity around oncology big data, does not mean Caradigm is stepping back from addressing the general PHM and the VBC market. This will remain the focus of Caradigm’s offering, and it will continue to leverage some of the enhancements and additions it’s made to its portfolio over recent months. Indeed, 2017 and 2018 have seen several developments in its PHM offerings including an increasing use of social determinants of health data as part of the risk stratification process, migration of its platform and customers to Microsoft Azure, development of several AI/machine learning algorithms to support its analytics tools, development of new visual analytics tools and the launch of a new messaging platform. It would appear the issues with GE in 2017 and 2018 have not slowed down product development within Caradigm.

While the relationship with GE has ended, over Caradigm’s six years of operation it has grown into a sizable business (in relation to many other PHM vendors) boasting more than 200 customers and 2017 revenues estimated to be approximately $50M (Signify Research estimate). To some extent it has historically had to tread carefully when targeting the ambulatory market too, owing to GE’s strategy around Project NorthStar; the change in ownership and relationship with GE now opens the possibility for Caradigm to make a greater push into this segment of the market, estimated to represent approximately a quarter of the PHM provider market in 2017 (Source: PHM – North America – 2018).

However, the company will now have the additional challenge in that it no longer has the might of GE behind it. GE brought a vast marketing, sales and operational support team, and whilst Caradigm continued to operate as largely an independent company, as discussed earlier, it had started to take advantage of the GE machine and relationship. It now finds itself as the big brother in the new structure (Caradigm’s business and employee base are estimated to be larger than Inspirata’s).  It’s charismatic and influential CEO, Neal Singh, also announced his departure on the day of the deal, further adding to the disruption and uncertainty.

However, the acquisition has also brought an end to the inevitable uncertainty that Caradigm and its customers have experienced since the GE value-base care sell off was announced in April, allowing the company and customer base to plan for the medium term with more confidence.

Next Cut for GE?

As Signify Research outlined in its April insight – GE Healthcare IT Sell-Off: The First Cut Is The Deepest? – the GE value-based care sale to Veritas Capital was likely to be the most significant strategic change to GE’s healthcare business for the next few years. We set out that spinning off Caradigm would be a tempting option for GE then, and one that it has ultimately followed. However, we suspect that there won’t be much more asset offloading from GE, at least in the short term. Instead GE will apply more focus on its imaging, clinical care, clinical command centre and operational analytics businesses.