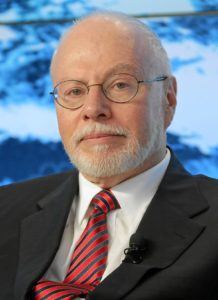 athenahealth has received an unsolicited proposal from Elliott Management to acquire the Company for $160 per share in cash that could be worth about $7 billion, including debt, CNBC first reports.

In a letter sent to athenahealth’s management, the activist firm stated, “It is clear to us and becoming clear to many others that Athenahealth’s potential will never be realized without the kind of operational change that the company seems unable to deliver.” The letter also states that Elliot approached athenahealth last fall about a potential take-private transaction and they “refused to engage.”

Elliott currently has a 9.2% stake in Athenahealth. The athenahealth Board of Directors will carefully review the proposal to determine the course of action that it believes is in the best interest of the Company and athenahealth shareholders.  athenahealth has hired Lazard as financial advisor and Weil, Gotshal & Manges as legal advisor.