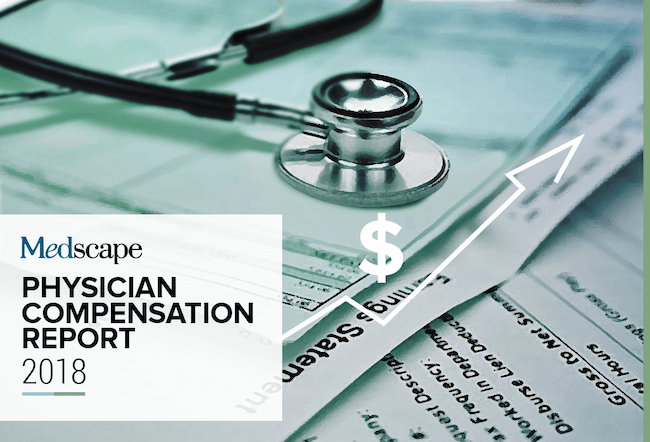 Gender and racial pay gaps are still prevalent for physician compensation even as overall physician compensation overall increased, according to the results of the 2018 Medscape Physician Compensation Report. Ther report reveals physician salaries average $299,999 in this year’s report, up from $294,000 in 2017; specialists earn about $100,000 more than primary care physicians ($329,000 versus $223,000), and plastic surgeons ranked highest in salary at $501,000 — outpacing orthopedists ($497,000) for the first time since the report has been conducted, which may be a reflection of greater demand fueled by increased popularity of cosmetic procedures.  Pediatricians and family practice physicians report the lowest compensation, at $212,000 and $219,000 respectively.

The Report is the most comprehensive and widely used physical salary survey in the U.S. Now in its 8th year, it has been used by more than 470,000 physicians in the U.S. to assess information on compensation, hours worked, time spent with patients, and what they find most rewarding — and challenging — about their jobs.  More than 20,000 U.S. physicians across 29 specialties responded to the survey.

“We’re seeing the impact of supply and demand on physicians’ salaries in this year’s report,” said Leslie Kane, MA, Senior Director, Medscape Business of Medicine.  “The growing need for more doctors as the population ages is pushing salaries higher.  At the same time, the amount of paperwork and bureaucratic demands escalate, leaving doctors with less time to see patients.   We also see the influence of the opioid epidemic and the demand for psychiatrists to treat aging patients leading to increased salaries.”

Key findings of the report include: 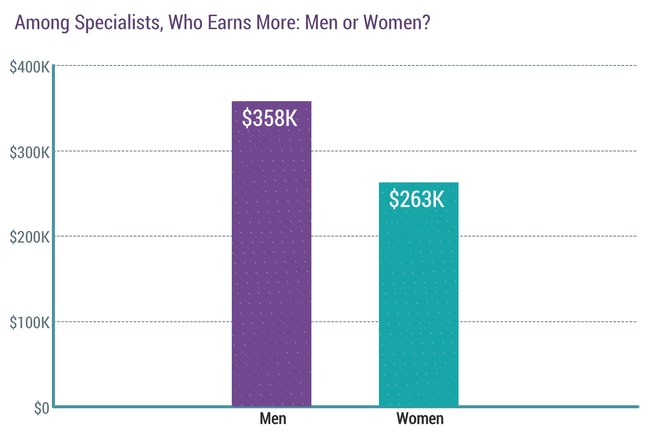 “You would think that as we narrow the gap of representation of women in medicine, that would narrow the wage gap, but it’s not happening,” says Ranit Mishori, MD, professor of family medicine at Georgetown University School of Medicine. “The lack of salary transparency adds to the challenges of addressing gender-based pay disparities. Women don’t even know what targets to shoot for.” 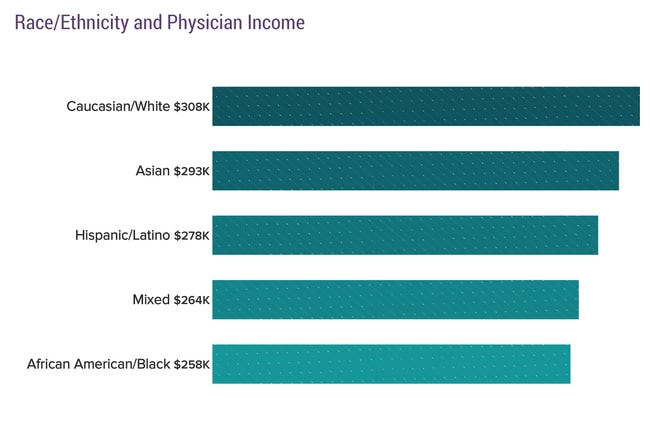 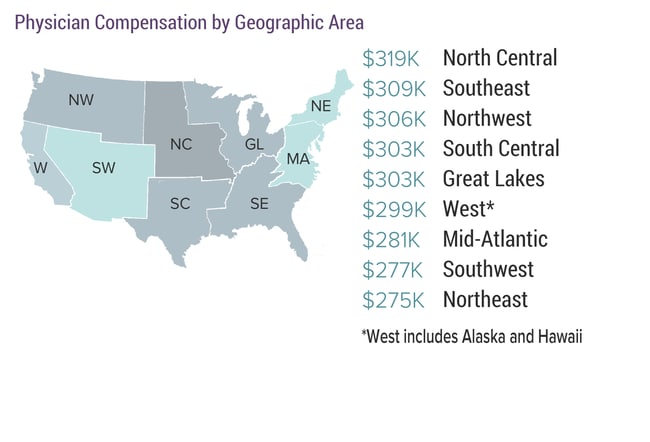 – Less populated states continue to be more lucrative than more densely populated regions, with physicians in the North Central region earning the highest, at $319,000, and the Northeast the lowest, at $275,000.

– The number of physicians in a region, percent of insured patients and the overall concentration of specialists play a role in regional compensation differences.