As physicians and care teams face mounting pressure and stress many are struggling to find enough time to spend with patients while completing their administrative duties, which often includes re-doing work and adding details needed to satisfy regulatory and administrative functions. The unrelenting cycle of pressure and stress lead to more rework and burnout which in turn causes staff to work longer hours and accumulate more fatigue and stress. According to the American Medical Association, burnout causes a 200 percent increase in medical errors.

• 36 percent average reduction in retrospective CDI /coding queries
• 20 percent increase in the number of cases a CDS can review
• 36 and 24 percent improvement in capture of Extreme SOI and Extreme ROM, respectively
• 54 percent improved reimbursement accuracy on queries impacted, or $5K on average for each

With the significant amounts of data physicians and care teams must listen to and capture while tending to their other hospital-related responsibilities and dealing with the stress and pressure of their jobs, details slip through the cracks or may be entered incorrectly. The lasting impact of incorrect or incomplete documentation can be significant, potentially compromising patient care, causing an increase in claim denials and proper insurance reimbursements and eventually resulting in a hospital staff member reworking, or fixing the inaccuracies. Therefore, it’s no surprise that, according to a recent CHIME survey, 48 percent of CHIME CIOs are planning to deploy AI within the next five years to help address these issues.

The infographic can be found below: 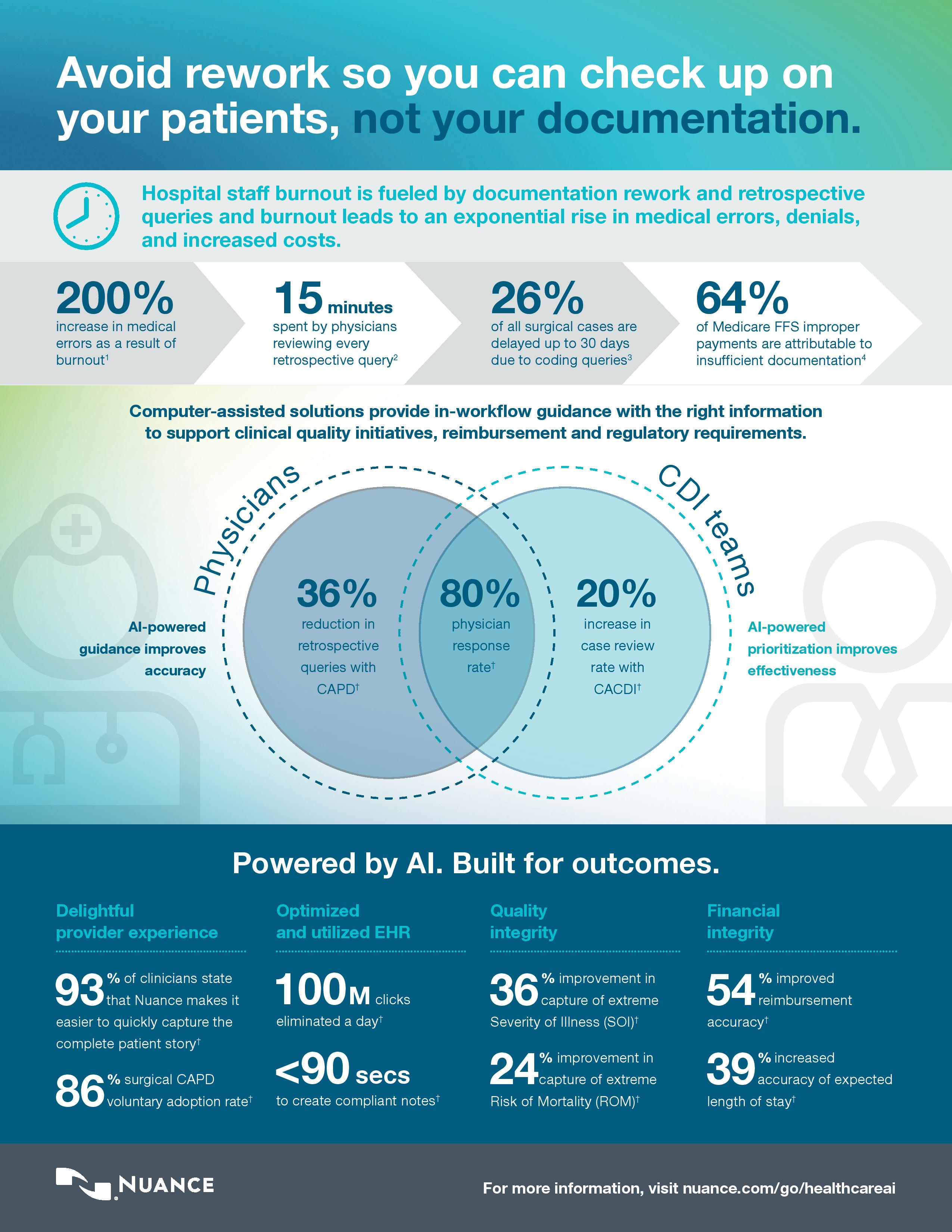 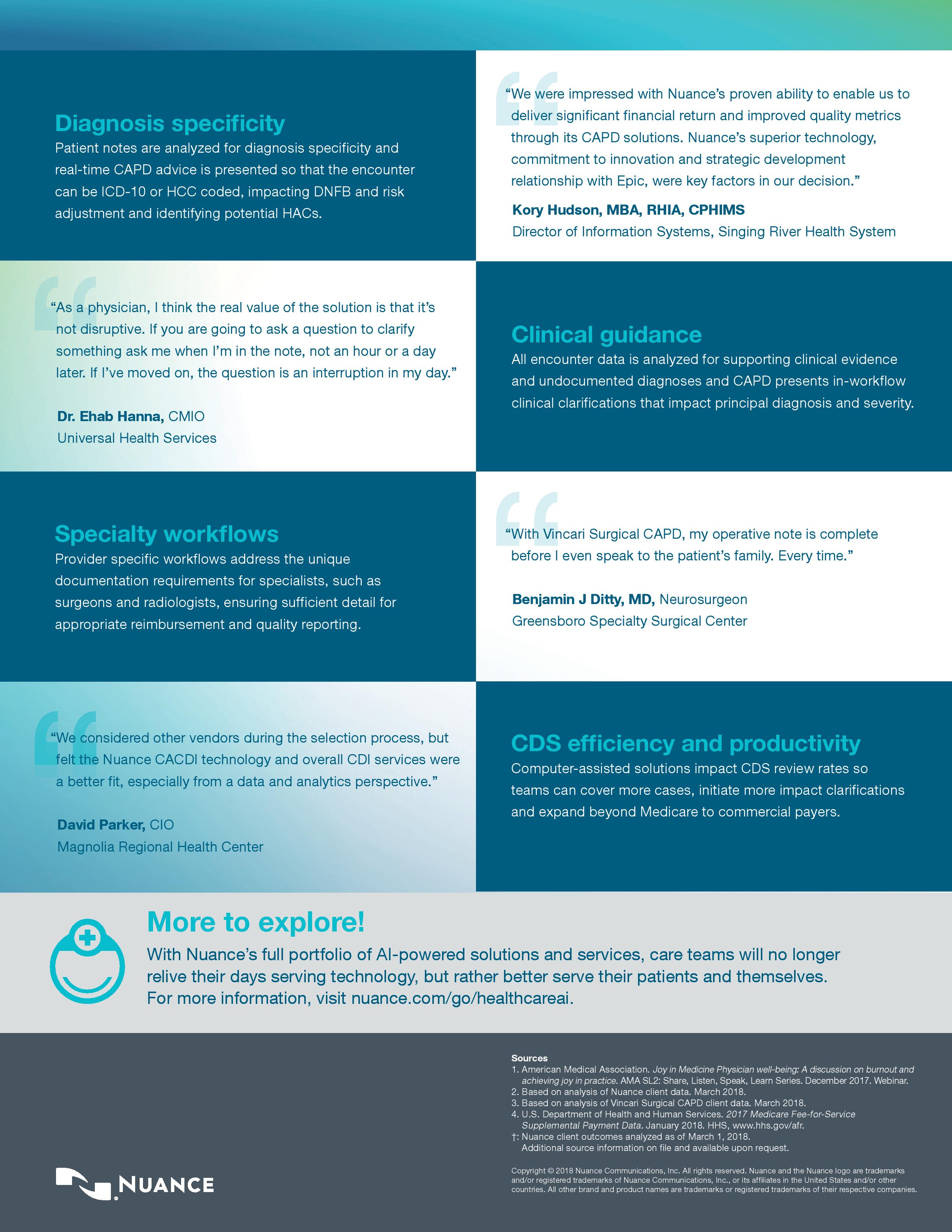