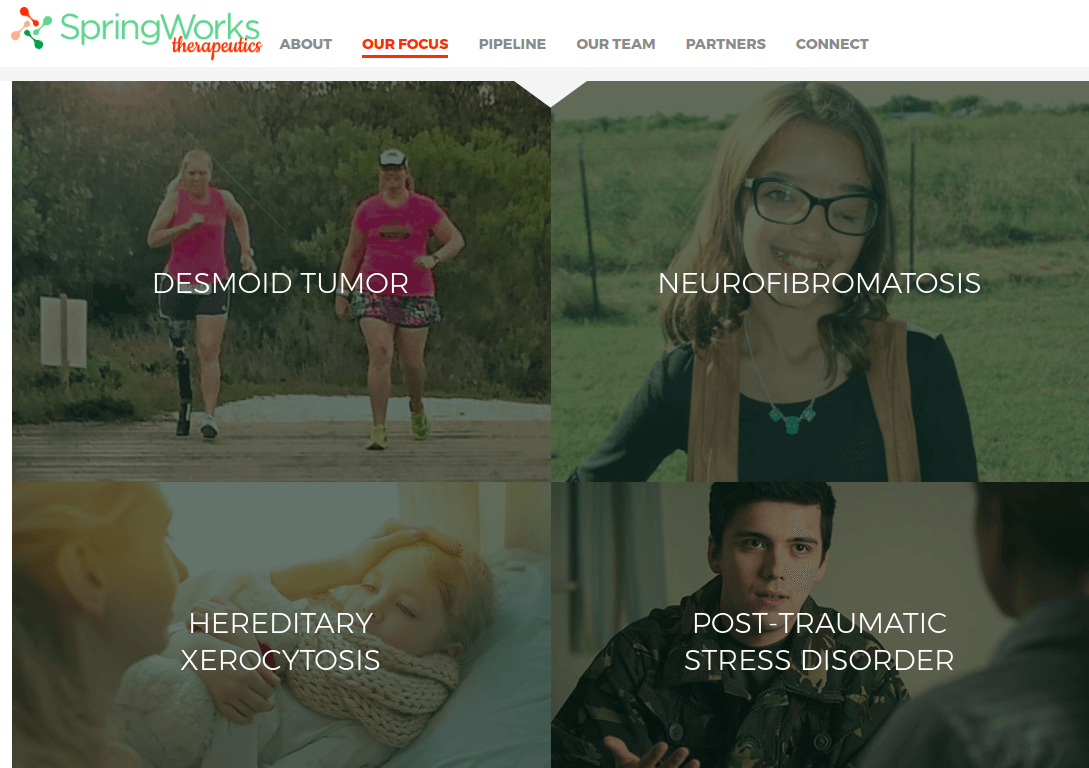 SpringWorks Therapeutics, a new Pfizer spin-off launched as a way to advance investigational drug therapies that may hold significant promise for underserved patients has raised $103 million in funding in Series A funding. The Series A round was led by Bain Capital Life Sciences, Bain Capital Double Impact, OrbiMed, Pfizer and LifeArc (formerly known as MRC Technology).

SpringWorks Therapeutics’ collaborative business model is designed to deliver both social and financial returns via partnerships with a variety of stakeholders, including scientists, biopharmaceutical partners, patient groups, funders and philanthropists. Pfizer’s contribution consists of both equity capital and royalty- and milestone-bearing licenses of four clinical-stage experimental therapies experimental therapies.

SpringWorks Therapeutics plans to move forward potential programs for four diseases, all of which currently have no cure. SpringWorks plans to expand its pipeline by partnering with other life science companies and academic institutions who share in the company’s mission. The four clinical-stage experimental therapies include:

1.Desmoid tumor: a rare, non-metastatic tumor of connective tissue cells, which can cause severe morbidity, pain and loss of function in children and adults. Desmoid tumors can show up in almost any part of the body, and desmoids that are faster growing or located near vital organs can cause life-threatening problems.

SpringWorks Therapeutics is planning to initiate a Phase 3 program to establish safety and efficacy of nirogacestat (PF-03084014), its gamma-secretase inhibitor, and will work collaboratively with the Desmoid Tumor Research Foundation to enable the needs of the patient community to be addressed.

2.Neurofibromatosis (NF): refers to three genetic disorders—NF1, NF2 and schwannomatosis—which cause tumors to grow on nerves throughout the body and can lead to blindness, deafness, disfigurement, cancer, bone abnormalities, learning disabilities and severe pain. NF1 affects one in 3,000 individuals and usually is diagnosed in childhood when symptoms begin to appear.

SpringWorks Therapeutics is planning to initiate a Phase 3 program to establish safety and efficacy of its MEK 1/2 inhibitor (PD-0325901) in the NF1 population and will work collaboratively with the Children’s Tumor Foundation to enable the needs of the patient community to be addressed.

3. Hereditary xerocytosis (HX): a genetic disorder in which red blood cells become dehydrated due to loss of potassium and cell water. The fragility of the dehydrated red cells can lead to a ranging severity of anemia and can cause complications including jaundice, fatigue, splenomegaly and gallstones.

There is no approved therapy for this disease. SpringWorks Therapeutics plans to assess the potential activity of senicapoc in hereditary xerocytosis.

4. Post-traumatic stress disorder (PTSD): A chronic condition that some people develop after experiencing traumatic or life-threatening events, serious injury or sexual violence. PTSD involves the persistent re-experiencing of the traumatic event, which results in avoidance of trauma-related stimuli, as well as negative feelings and heightened anxiety-like symptoms.

SpringWorks Therapeutics’ FAAH inhibitor (PF-0445784) has demonstrated a good safety/tolerability profile in previous Phase 1 studies. The effectiveness of PF-0445784 in PTSD is to be determined. Cohen Veterans Bioscience (CVB) and SpringWorks Therapeutics plan to assess patient populations that could benefit from this mechanism.

“SpringWorks Therapeutics will pursue the development of medicines across therapeutic areas, focused on diseases where there is an urgent need and the potential for the greatest impact for patients,” said Lara S. Sullivan, M.D., MBA, Founder and President of SpringWorks Therapeutics and a former Vice President at Pfizer in a statement. “We initially have rights to four very promising experimental therapies and, over time, plan to expand our pipeline by partnering with other life science companies and academic institutions who share in our mission.”