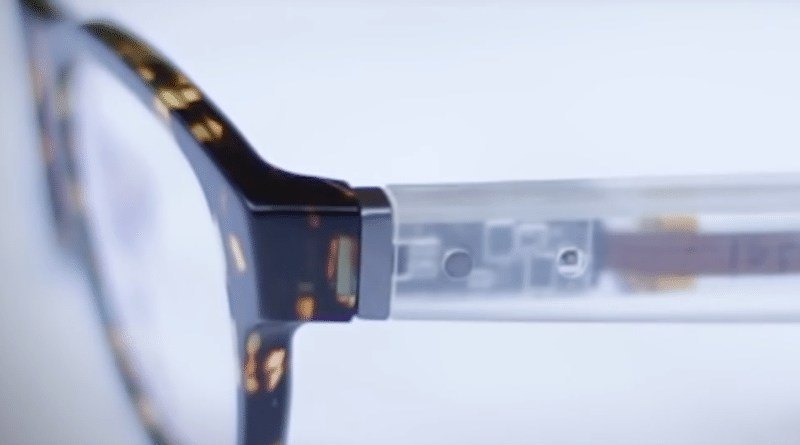 A recent innovation study found interaction with social networks and use of digital coaches via a smartphone app connected to a biometric sensor embedded in eyeglasses provided incentive for users to increase activity, including an average 20-25 percent spike in daily steps when prompted by a digital coach. Conducted by the University of Southern California (USC) Center for Body Computing (CBC) and VSP Global‘s innovation lab using a prototype of VSP’s unique Level™ smart glasses, the study is an in-depth look at motivators for consistent or increased activity engagement among fitness tracker wearable users.

Published in the NEJM Catalyst (New England Journal of Medicine Group), researchers found study participants were motivated by digital coaching using text message prompts sent at pre-determined times to encourage daily step goals. The digital coaching correlated with increased activity—whether tied to personal goals or altruistic goals—and encouraged daily activity with higher step counts of 7,389 average daily steps compared to only 5,924 steps without the prompts and messages. The participants also received support from the app’s social network, with individual users acting as cheerleaders that supplemented the digital coaches. The number of Friends, Likes and Comments were strong predictors of greater activity, according to researchers.

Researchers also designed the study with the hypothesis that users would maintain daily activity if the rewards were not just tied to personal goals but were also connected to charitable giving. The app synched with VSP’s Eyes of Hope® initiative, where study participants accrued points based on reaching daily step goals. Once a certain number of points were achieved, the user triggered the donation of a comprehensive eye exam and pair of glasses to an individual in need among four demographics: school-age children, seniors, veterans or individuals affected by homelessness. Participants who reported being motivated by charitable giving had higher activity levels throughout the study—averaging 700 additional daily steps per degree of charitable motivation.

In addition to the digital coaching, social networks and philanthropic connection providing increased engagement, researchers found older age participants—63 percent were over age 40—along with higher life satisfaction scores also predicted higher activity levels and were factors in consistent engagement. On the Satisfaction with Life scale, those who demonstrated higher emotional stability, extraversion, openness, agreeableness and conscientiousness were more likely to exercise regularly.

The 12-week study was conducted among 284 USC beneficiary employees who provided a diverse cohort for researchers in the single-center longitudinal observational study. Participants, all of whom were daily prescription eyeglass wearers, ranged in age from 18 to 79.

The cohort also represented a wide variety of racial backgrounds (36 percent Caucasian; 10 percent African American; 27 percent Latino; 20 percent Asian American; two percent Native Hawaiian or Pacific Islander; four percent Other) and a uniquely large representation of women (61 percent vs. 39 percent men) compared to other wearable fitness tracker research. When it came to health status, the group had an average mean body mass index (BMI) of 28, which falls into the category of being overweight (between 18.5- 24.9 is considered normal weight and over 30 is considered obese).

“One in every five Americans wears a health tracker but there was no research that took a look at what motivates engagement, until now,” said Leslie Saxon, MD, founder and executive director of the USC CBC who led the research effort in a statement. “Since the average study participant fell into a group considered overweight—which can lead to increasing health issues such as diabetes and heart disease—it was illuminating to find digital coaching via the app and an altruistic connection helped these participants maintain their engagement or even increase their activity in some areas.”

The seamlessness of having a sensor built into a form factor participants wore every day—prescription eyeglasses—was a key motivator for participants. Referencing the ease of not having to remember to put on a separate wearable, the fashionable and comfortable eyewear design, and the simple charging mechanism, participants embraced these aspects of the Level smart glasses as an ideal wearable for activity tracking.

As part of his recent research finding visual impairment and blindness prevalence will double in the U.S. by 2050 due to uncorrected refractive errors, Rohit Varma, MD, MPH, dean of the Keck School of Medicine of USC and director of the USC Roski Eye Institute, said, “If we can address uncorrected vision impairment and encourage healthier behavior through the use of digital tools such as the Level smart glasses, this is the future we envision and want to encourage.

“This study is another data point that USC’s research partnerships with innovators such as VSP Global are helping to identify novel ways we can create a new era in health care by empowering patients,” added Varma.

Juniper Research has identified Smart Glasses as the highest growth sector of the consumer wearables segment over the next five years, reaching 11 percent of the overall wearables market by 2021. This is during a time when categories such as smartwatches and fitness wearables have begun to slow.