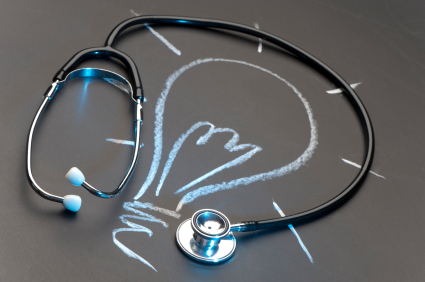 Editor’s Note: D’Arcy Guerin Gue is a co-founder of Phoenix, with over 25 years of experience in executive leadership, strategic planning, IT services, knowledge leadership and industry  relations —  with a special focus on patient engagement and federal compliance issues. She currently serves as the VP of Industry Relations at Phoenix Health Systems, a division of Medsphere Systems.

It’s no exaggeration to say that our EHR systems’ lack of interoperability is the single strongest barrier to nationwide population health management. That’s exactly what ONC reported to Congress in December 2015. A year later in its December 2016 report ONC acknowledged a few efforts in the right direction, but could point to no definitive progress towards universal standards for interoperability. With the new bi-partisan Cures Act, HHS hoped to exercise more muscle with reluctant EHR vendors by requiring them to meet interoperability standards by the end of 2017.

But President Trump’s new “one-in, two-out” rule that requires federal agencies to kill two regulations for every new one has essentially put interoperability progress through the Act on hold because so much rule-making is needed to implement it. But healthcare isn’t “on hold,” and new technologies are being nurtured in the trenches to meet the challenge.

Why is EHR systems interoperability so elusive?  Sure, a major impediment has been the mega competition among EHR vendors who don’t want to give away the store by sharing much of anything. But serious concerns about foolproof technology solutions also have blocked progress. How can hospitals and other providers’ systems easily share their data– SECURELY?

The most popular strategy circulating among health care technologists, and even ONC, is blockchain technology.

The concept behind blockchain is simple: it has three main components: a widely distributed network, a shared ledger with validated access identities, and digital transactions. Wired magazine notes that while blockchain is known for powering bitcoin, the currency of cybercriminals, “It’s really a generic tool to keep secure data in a distributed, encrypted ledger—and control who has access to that ledger. Rather than having one central administrator that acts as a gatekeeper to data—a list of digital transactions—there’s one shared ledger, but it’s spread across a network of synchronized, replicated databases visible to anyone with access (my italics). Blockchains … live on many individual devices instead of existing on central hubs.”

Going forward, you’re going to hear a lot more about blockchain in healthcare because it is already used worldwide by other major industries and has unprecedented security benefits. The secret sauce of blockchain is that hacking one block in the chain is impossible without simultaneously hacking every other block. This is a very difficult proposition for cybercriminals. Such extraordinary data security could be the tipping point for blockchain.

Today the storage and transmission of patient data is centralized through electronic health records and their pooled databases. Blockchain’s inherent decentralization of databases makes them much smaller and widely spread. Patient data would be diversified, and hacking would be harder and less fruitful for criminals.  This nearly foolproof level of security would directly benefit both caregivers and patients because it can be easily tapped into only by those with permission.

What does blockchain mean for healthcare per se? As John Halamka, healthcare IT visionary and CIO of Beth Israel Deaconess Medical Center says: “EHRs may be very different and come from lots of different places, but the ledger itself is standardized.”

Each healthcare event such as an X-ray or blood work creates a digital transaction, and bits of code group it into an encrypted block with other transactions. Each transaction is validated by a physician or clinician trusted with an access key and then timestamped. Software timestamps for each validated block creates a sequence showing every transaction order / procedure / transaction.

Safe streamlining of EHR information and processes across the healthcare landscape is on the top of physicians’ and healthcare leaders’ wish lists for more efficiency. So, the interoperability enabled by blockchain is particularly promising for its potential to transfer relevant patient data from one provider to another no matter the location or the providers’ particular EHR. For physicians, this would enable customized individual treatment plans co-developed by a patient’s various caregivers, based on full histories, patient genetics, lifecycle and environment.

Blockchain would also enable improvements and even cost savings in many healthcare processes. For example, blockchain combined with other technologies would enable major efficiencies in the claims process and improve the overall healthcare experience for all stakeholders. Health researchers would have access to broad, comprehensive data sets to advance the understanding of disease, and accelerate biomedical discovery and drug development.

Blockchain also offers big advantages to patients by giving them constant access to their wellness data and promoting healthy lifestyles to reduce chances of contracting major disease. Blockchain proponent Chris Kay, chief innovation officer at Humana, said in a recent presentation, “Fundamentally knowing your score as an individual is the root of our ability to control our own health. Imagine having your own health and wellness records available throughout your life and being able to control who sees what.”

Data stored through blockchain would be so navigable that it could “lead to zero friction points between the time a patient sees a doctor and the time payments and settlements are made.”

Blockchain technology is emerging as a key business focus for many industries, including healthcare. A 2016 report from Deloitte of 308 executives indicates that healthcare and life sciences organizations are turning their attention to blockchain, with 35 percent of respondents saying their organizations plan to deploy it within the next year. The adoption levels in other industries is extraordinary, particularly finance. In August 2016 the World Economic Forum reported that 80 percent of banks will initiate blockchain projects by 2017 and more than $1.4 billion has already been invested in the last three years by at least 24 countries.

The Prognosis for Blockchain Technology in Healthcare

Hurdles must be surmounted. One is unsurprising: per Deloitte’s survey, there is a huge swing between blockchain knowledge “haves” and “have-nots.” Just under 40 percent of polled executives said they knew little or nothing about blockchain technology. But over 25 percent said their organizations view blockchain as a “critical, top-five priority.”

Obstacles  abound in a forecast of blockchain’s final role in healthcare, not unlike every disruptive technology or initiative in healthcare IT’s evolution. More understanding of yet another esoteric subject is needed. A lack of technical standards for a still-immature technology is also a barrier, as is regulatory uncertainty while the industry awaits clarification of new federal rules within a new administration.

It should be noted that ONC seems to be taking blockchain very seriously as a potential solution for healthcare data sharing. In August 2016, it announced 15 winning submissions to its ideation challenge on: “The Use of Blockchain in Health IT and Health-related Research.” Winning factors included the papers’ proposed solutions  “for market viability; creativity; ability to inform and foster transformative change; and potential to support a number of national health and health information objectives, including advancing the flow of health information for where and when it is needed most.” Follow-up conferences that include blockchain working sessions continue.

Despite opportunities that blockchain (and other interoperability-focused technologies) may present, the biggest elephant in the room is, as always, that healthcare industry change is slow. Healthcare organizations justifiably put healthcare first. Historically, industry details outside direct patient care and getting compensated for it are seen as annoyances and, as above, complex and difficult to understand.

These have included new technologies (except perhaps the latest medical technologies), new payment models, federal initiatives, regulations, coding standards, even security.  But the issues of over-the-top cost increases, lack of access to care, and changing demographics cannot be overcome without the contribution of better IT-based nationwide population health management.

Let’s give blockchain a chance to help. And let’s keep working on the healthcare world’s critical need for HIT interoperability.