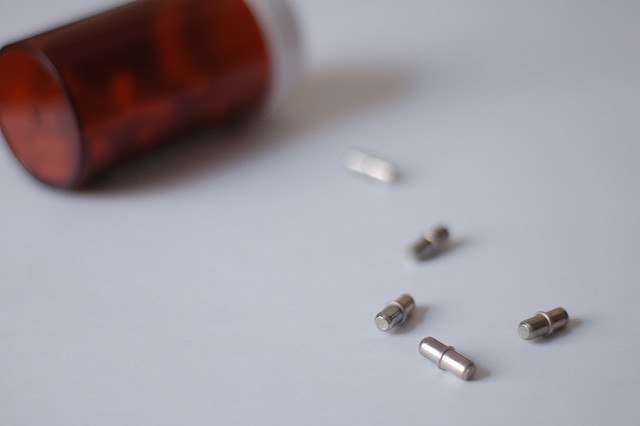 Technology is about change just about everything in healthcare—here’s how.

The future of healthcare is happening right now. While that future is just barely forming, we are beginning to see how technology is now scratching the surface of an entirely different landscape when it comes to healthcare delivery both within and outside of the U.S.

According to PwC Health Research Institute’s annual report, 2017 is the year to prepare for the arrival of several technologies poised to disrupt the industry. This myriad of tech-driven innovation will impact just about everything from supply chain and operations to business models and essential healthcare management practices and procedures. Here’s a look at report’s eight proposed technologies poised with the potential to change it all:

We are already witnessing the potential of artificial intelligence (AI) in healthcare through IBM’s Watson, a supercomputer that first impressed us by beating Jeopardy opponents but is now tasked with beating a jeopardy of a different kind—cancer. Watson can identify cancer mutations by comparing it to a host of resources, including medical literature and clinical studies.

AI’s potential seems to be limitless. As Watson’s ability to decipher and recognize information from a myriad of media continues to grow, it will become one of the most powerful tools for data analytics moving forward. It’s expected that intelligent CDS systems using AI will further emerge to help doctors diagnose and effectively treat diseases.

Of course, the potential doesn’t stop there. It’s possible that AI will find itself into everything from wellness apps and wearables to customer service bots for patients. However, AI isn’t ready to diagnose or service patients on its own just yet.

Not to be confused with the computer-created world known as virtual reality (VR), augmented reality (AR) is a blending of both VR and the real world: think Pokémon Go. Aside from capturing fictitious characters, the potential of AR is undeniable in healthcare. In the future, AR could be built into medical devices or assistive devices like Google Glass, which has already been used in the OR for education purposes and shows promise as a telemedicine tool.

AR has the potential to take gamification to the next level via applications that assist in health management, medication adherence or incentivized wellness plans. Its ability to attract and engage patients will make it a potential component for dispelling information. According to an article from Medicalfuturist, pharmaceutical companies are developing applications using AR to explain how drugs work within the human body as well as how chronic, long-term conditions impact the body over time.

The article also explains how AR will give us visual overlays that make healthcare delivery more efficient and easier to access. For example, AR has already saved lives by allowing smartphone users to locate medical defibrillators through the use of an app called AED4EU. AR is also expected to show up as a precision tool at the point of care, whether it’s helping nurses find veins easier for blood draws or assisting surgeons in the OR.

Blockchain is being hailed as the next frontier in healthcare that will likely assist in resolving some of the industry’s challenges with interoperability, but what is it? Emerging in 2009 as the foundation for trading the digital currency bitcoin, blockchain is a permanent record of online transactions and exchanges that can be shared among network computers. Instead of a centrally located database, the online ledger is distributed to networks; each transaction is secured via cryptography and has to be approved and verified by those networks.

The exponential growth of blockchain applications could create the privacy and security that the industry has been looking for when it comes to managing data from hospitals, doctors, and insurance companies. That data includes information from electronic health records (EHRs), monitoring systems and IoT (internet of things) devices. Blockchain’s function could greatly enhance the integration of telemedicine and population health management (PHM) practices in healthcare. However, most blockchain technology is still in the early stages of development and not ready for mainstream deployment in healthcare, according to article published by Tierion.

It goes without saying, drones literally have the potential to deliver life-saving care to those who desperately need it. In fact, they are already doing just that by providing medications, vaccinations and supplies to remote populations in other countries. For example,  Zipline, a leading drone company in Silicon Valley, has already enabled the delivery of life-saving drugs to Rwanda.

Beyond helping isolated populations, drones have the potential to replace transport services for drugs, light-weight medical devices and even organs. In October, it was reported that drones would be tested in remotes areas of Australia for organ transport. Drones could also be used to travel shorter lengths delivering samples within large hospital campuses.

Right now, the challenges of drone use seem to stand in the way its potential, including flight restrictions and functional problems such as battery life, the weight of transport, etc. While drones look to impress us heading forward, don’t expect to look up and see that potential come to life just yet.

Some may refer to the internet of things (IoT) as the internet of everything or when we talk specifically about healthcare, the internet of medical things (IoMT). What IoT describes is a steady state of interconnectivity and data stream among devices. The potential of IOT in healthcare is undeniable as the market is poised to hit $117 billion by 2020, according to a previous report from Market Research.com

From remote patient monitoring and care coordination to inventory supply and digital supply chain, IoT could greatly enhance key areas in healthcare. Its greatest potential lies in its promise to deliver on creating personalized healthcare. Connectivity among devices could help support the integration of wearables and remote monitoring devices in the growth of remote care management and telemedicine practices. However, efforts toward building supports for interoperability will be a critical indicator of IoT’s growth in healthcare.

When it comes to robots in tomorrow’s healthcare setting, you might want to think small—incredibly small. Aside from robots’ integration in supply chain and remote patient monitoring, we are likely to see the advent of nanotechnology and nanorobots come to life over the next several years. Ingestibles and internables will come into greater use to help monitor, manage and prevent an array of conditions and diseases; Smart pills, for example, could help monitor a patient’s internal reactions to medications.

According to CIO and the report “Healthcare Robotics 2015-2020: Trends, Opportunities & Challenges”, we are likely to see the value of robotics in three main areas in healthcare:

· Direct patient care: surgical robots (used for performing clinical procedures), exoskeletons (for bionic extensions of self like the Ekso suit), and prosthetics.

Virtual Reality’s potential to disrupt healthcare is already unfolding. In April 2016, the first operation using a virtual reality camera was performed in London. It was streamed live, allowing medical students, trainee surgeons, and members of the public to experience the procedure in real time. We are expected to see its use as a teaching tool continue to grow.

Similarly, we are likely to see VR applied as a means to promote behavioral health services, whether it’s by relaxing patients and making them feel at home during their hospital stay or increasing the recovery from a stroke by helping patients “practice” how to lift their arms or move their fingers through the technology.

Physicians may also use the devices to understand the experiences of their patients better. For example, a project known as “We are Alfred” from Embodied labs provides physicians with the experience of what it’s like to be an elderly individual. Meanwhile, the development of simulated surgeries for patients using VR may help put them more at ease when it comes to going under the knife. Perhaps, this tech-enabled reality could help providers and patients better understand each other in ways the real world never could.

According to a market research report by IndustryARC, the 3D-printing healthcare market is expected to grow by 18 percent annually until 2020. The healthcare industry has already seen significant growth in various areas thanks to 3D printing, including dental applications, medical implants, and drug manufacturing.

Many 3D-printing solutions are still in experimental stages, but the potential for its applications are looking quite promising. For example, at Princeton University they have developed 3D-printing tools to create a bionic ear, which can hear frequencies well beyond normal human range. This technology’s reasonable price points make the possibilities of 3D printing not only endless but cost effective. Shortly, we may be printing just about everything, from pills and prosthesis to biologically engineered replacement parts and organs.