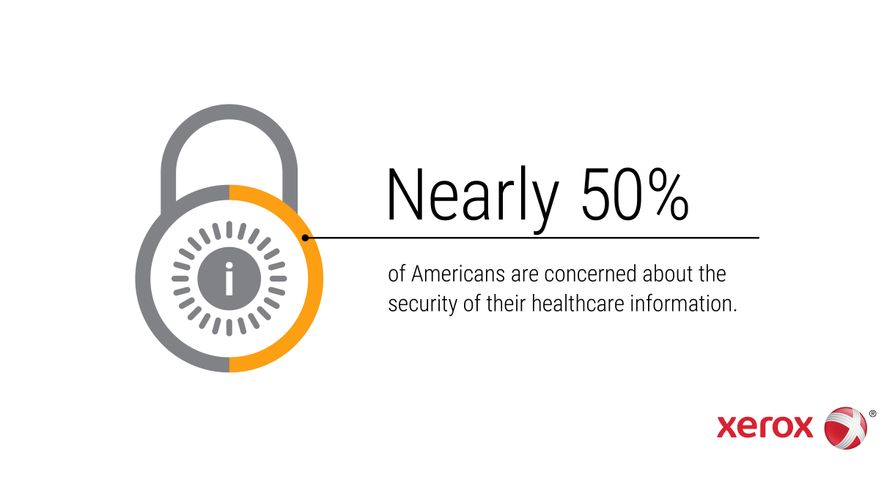 According to the 2017 Xerox eHealth Survey, released by Xerox today, nearly half of Americans (44 percent) are worried about having their personal healthcare information stolen. In 2016, more than one data breach was reported each day2 and healthcare providers can help protect personal information against these threats.

The Xerox survey, conducted online by Harris Poll in January 2017 among more than 3,000 U.S. adults ages 18 and older, shows more than three quarters (76 percent) believe it would be more secure to share healthcare information between providers through a secure electronic method rather than faxing paper documents.

The 2017 Xerox eHealth Survey also uncovered that patients believe that information sharing between providers can improve care coordination and reduce wait times for test results and diagnoses. Other key findings from the survey include:

“It’s clear patients are frustrated by the lack of care coordination and disjointed processes, so much so, that our Xerox survey shows 19 percent of Americans would rather wait in line at the DMV than coordinate between different doctors’ offices to ensure they have all of their records and health information,” said Cees Van Doorn, senior vice president, healthcare industry, Xerox in a statement. “We’re showcasing technology at HIMSS that will enable seamless interoperability, and increases patient satisfaction and outcomes in a secure, compliant manner.”