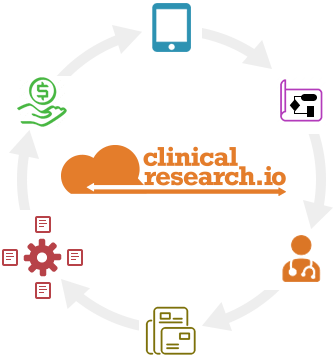 Clinical Research IO (CRIO), a Cambridge-based digital health startup has raised $1.6 million in seed funding to further develop its e-source system for clinical research sites led by NXT Ventures and Rally Ventures. The latest round follows the company’s first seed round of $800k. The round also included investments from
its officers, a group of angel investors, and a number of industry investors, including several early customers. Sankesh Abbhi, a clinical research entrepreneur, is among the investors, alongside Joe Caruso, a noted angel investor, and Dr. William Hsu, a prominent endocrinologist with Joslin Diabetes Center.

Founded in 2016 by co-founders Raymond Nomizu and Phuc Truong, Raymond recognized the inefficiency of error-prone paper binders while managing a clinical research site while Phuc, a serial entrepreneur saw the potential of tablet technology in healthcare. Together, they set out to build an enterprise workflow tool built specifically for clinical research sites. Currently, most clinical research is conducted on pen-and-paper, with data later manually entered into EDC systems for pharmaceutical sponsor review. The initial paper-based data capture and subsequent manual entry and auditing creates significant inefficiency in the industry – an estimated total cost of $6 billion per year.

CRIO’s system replaces the paper forms with an interactive tablet application. Using the system, researchers are able to configure e-source templates, and use a tablet to capture data quickly and accurately. The system’s alerts, skip logic, auto-calculations and other quality assurance features address up to 50% of common audit findings, according to a third party review by a noted industry quality expert.

Since launching its product in September, the company has acquired 50 customers and reached agreements with two leading electronic data capture (EDC) systems to integrate data feeds. The company plans to utilize the seed funding to accelerate its sales growth.

“CRIO has the potential to become the standard for data collection in an industry that is otherwise highly fragmented and paper-bound,” said Raymond Chang, principal of NXT Ventures. “They have tapped into a lot of pent-up demand from research sites and proven that a well-designed product will be embraced very quickly in the industry.” Chang will continue to serve on the company’s board of directors.