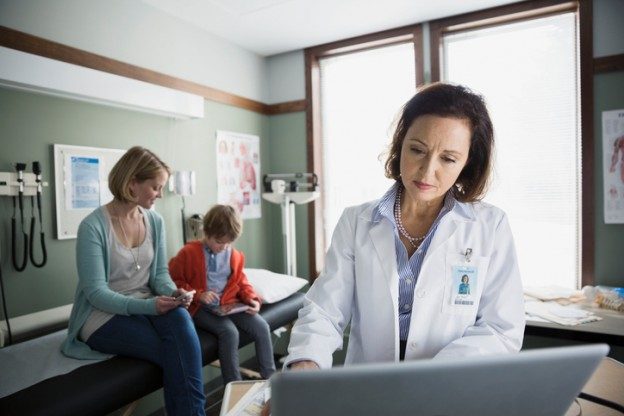 94 percent of physicians find all that digital health data overwhelming, redundant and unlikely to make a clinical difference, according to Black Book’s recent consumer survey. Conducted from September through December 2016, the survey asked 12,090 adult consumers to evaluate the technology they were exposed to, know of or interacted with as an active patient in the last twelve months.

The report revealed that 94 percent of consumers with health or activity trackers said their physician informed them the practice had no capability or interest in coordinating their outcomes currently via their EHR. 98 percent of patients using a nutritional or weight loss app had similar responses from their doctors.

As a result of this key finding, 91 percent of patients who find their apps and devices relevant to their health improvement felt slighted by their providers who would not accommodate their personal data. The biggest perception for consumers is that 91 percent of consumers with wearables believe their physician practice’s medical record system should store any health related data they request.

Other key findings from the survey include:

Poor communication on patient portal use

– 96 percent of physician office patients said they left their visit with poorly communicated or miscommunicated instructions on patient portal use.

– Four in ten patients attempted to use the portal provided by their physician, but 83 percent found it difficult to navigate when at home.

– 85 percent of doctors lamented that the addition of EHRs and other technologies has made patient care too impersonal. Yet a larger disengage between doctors and patients is occurring, noted by the 89 percent of consumers surveyed demanding access to more information and choices in their treatment providers, locations and alternatives.

– The unwillingness of patients to comprehensively divulge all their medical information rose to 87 percent in Q4 2016.

– Fewer consumers at this point in time do not want their digital health histories to extend beyond their physician and hospital, previously measured in 2013 at 66 percent who were willing to divulge all personal health data to achieve enhanced care.

– Key data sharing concerns for respondents were the concerns that their pharmacy prescriptions (90 percent), mental health notes (99 percent) and chronic condition (81 percent) data is being shared beyond their chosen provider and payer to retailers, employers, and or the government without their acknowledgment.

– 70 percent of Americans distrust health technology, sharply climbing from only 10 percent in 2014.

– 93 percent responding expressed concerns over the security of their personal financial information, as high deductible Obamacare plans and co-pays have more banking and credit card data passing from providers.

– 69 percent of patients confirm their belief that their current primary care physician does not demonstrate enough technology prowess for them to trust divulging all their personal information.

– survey respondents related that more technology the physician is perceived as using to manage the patient’s healthcare, the higher the trust level patients had in their provider.

– 84 percent of patients said their trust in their provider is influenced by how the provider uses the technology, rather than only 5 percent of consumers had any issue in trusting in the actual technology.

– Patients who have higher health literacy rates are also the most skeptical about sharing data because of the lack of cyber security measures, particularly among medical groups, clinics and ancillary facilities.

“With so many consumers skeptical of the benefits and security of HIT, the software developers must address a wider targeted patient population as we move forward in modeling, analytics and accountable care.” said Black Book’s Managing Partner Doug Brown in a statement .