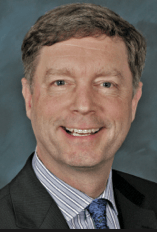 Comorbidity is not a word heard every day—not even in healthcare, where it applies. But researchers and physicians, assisted by IT-derived diagnostic data, have come to understand that comorbidity is essential to understanding and managing population health, especially among vulnerable populations challenged by mental illness and addiction.

A patient with comorbidity has at least two chronic diseases at the same time that interact in such a way as to worsen the impact of each illness on the individual. Imagine irritable bowel syndrome or Crone’s and diabetes working in tandem, for example, and it’s not hard to see how comorbidity becomes a tag-team bludgeon.

Among the total population of the United States, 25 percent have multiple chronic conditions, according to the Centers for Disease Control and Prevention (CDC). Of course, those chronic conditions are not limited to the physical. Once we include mental illness and substance abuse in the definition of comorbidity, rates rise dramatically and are often more debilitating.

In this environment, doctors and the healthcare system are not tasked with just treating a physical illness or three. They also have to treat a physical challenge that may have been neglected due to mental illness made worse by substance abuse. Or maybe they’re trying to wean a patient off heroin used to deal with chronic pain after the OxyContin subscriptions ran out.

It’s this complex self-medication dance that regularly doubles back on itself and dramatically ratchets up costs in terms of both healthcare dollars and lives. Opiate-related deaths just recently surpassed those from gun violence, and healthcare costs rose 3.4 percent last August, the highest one-month rise since 1984.

“On average individuals with chronic medical conditions incur health care costs two to three times higher when they have a comorbid substance use disorder compared with individuals without this comorbidity,” wrote Surgeon General Vivek Murthy in his recent report on addiction in America.

No, mental illness does not always lead to substance abuse and an often irreversible downward spiral. But addiction always makes both physical and mental illnesses far worse, even if we cannot determine causality or directionality.

A survey by the National Institute on Alcohol Abuse and Alcoholism, for example, identified comorbidity in a majority of respondents. A separate study by the NIAAA found that 56 percent of subjects with bipolar disorder also practiced some form of alcohol abuse and were more likely to have medical comorbidities like lung and breathing issues because smoking is so common.

How can we deal with mental illness to try and avoid substance abuse and medical comorbidity?

– Catch it early. “… research indicates that 90 percent of people who develop a substance use disorder started their use before age eighteen,” writes Alexa Eggleston of the Conrad Hilton Foundation in a recent Health Affairs blog post. Eggleston speaks of substance abuse in general, but the risks are greater in the teenage years, when most mental disturbances manifest, making increased awareness even more necessary.

– Initiate treatment. Addressing a mental issue is more straightforward before comorbidity becomes a factor. If mental illness and substance abuse comorbidity happens, treatment should focus on both issues at once, according to the National Institute on Drug Abuse.

– Break down silos. The unfortunate tendency in healthcare going back decades has been to silo information and care. Treatment has tended to focus on independent specialists treating separate aspects of the patient condition without fully addressing how they impact one another. That must end. The placebo effect, for example, shows us that the brain and the body are not separate and that treating them as unrelated makes as much sense as changing the oil on a car with four flat tires.

To be sure, changes to the way we provide care—paying for value, Patient Centered Medical Homes, ACOs, HIEs, etc.—have gained great momentum that should continue. As mandated by the recently passed 21st Century Cures Act, interoperability among healthcare IT systems must become a reality so ER docs can see when a patient is bipolar and family practitioners know immediately that their new patient is on anti-psychotics.

Annually, the United States spends $35 billion from both public and private payors to treat substance misuse, but that’s a small fraction of the amount addiction extracts from American society in terms of services for the homeless, work absenteeism, broken families and other types of fallout. In total, substance abuse is estimated to cost the United States more than $400 billion each year, an amount that is 2/3 that of the Pentagon budget.

We are currently in the midst of one of the worst drug-addiction epidemics the nation has experienced. No, integration of patient record systems and patient care protocols will not prevent the destructive chain of events that leads to substance abuse, but becoming more alert to the frequency and severity of comorbidities may enable us to see warning signs sooner, share information and work more interactively with other caregivers, and more effectively improve patients’ overall health and quality of life. And this multi-pronged approach to quality of care will very likely minimize the costs to society in the process.