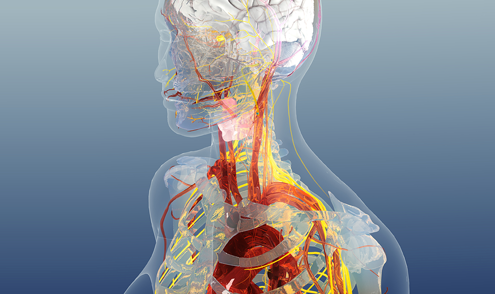 As part of the agreement, GSK will hold 55% equity interest and Verily will hold 45% owned by Verily, and receive up to $712M funding over seven years.

What is Bioelectronic Medicines?

Bioelectronic medicine aims to tackle a wide range of chronic diseases using miniaturized, implantable devices that can modify electrical signals that pass along nerves in the body, including irregular or altered impulses that occur in many illnesses. GSK has been active in this field since 2012 and believes certain chronic conditions such as arthritis, diabetes and asthma could potentially be treated using these devices.

The new company will bring together GSK’s drug discovery and development expertise and deep understanding of disease biology with Verily’s technical expertise in the miniaturization of low power electronics, device development, data analytics and software development for clinical applications.

Galvani Bioelectronics will be headquartered within GSK’s global R&D center at Stevenage in the UK, with a second research hub planned at Verily’s facilities in South San Francisco. It will initially employ around 30 expert scientists, engineers and clinicians, and will fund and integrate a broad range of collaborations with both parent companies, academia and other R&D companies.

Kris Famm, GSK’s Vice President of Bioelectronics R&D, has been appointed President of the new company and Moncef Slaoui, GSK’s Chairman of Global Vaccines will chair the board.

“Many of the processes of the human body are controlled by electrical signals firing between the nervous system and the body’s organs, which may become distorted in many chronic diseases. Bioelectronic medicine’s vision is to employ the latest advances in biology and technology to interpret this electrical conversation and to correct the irregular patterns found in disease states, using miniaturised devices attached to individual nerves. If successful, this approach offers the potential for a new therapeutic modality alongside traditional medicines and vaccines,” said Moncef Slaoui, GSK’s Chairman of Global Vaccines in a statement.

“This agreement with Verily to establish Galvani Bioelectronics signals a crucial step forward in GSK’s bioelectronics journey, bringing together health and tech to realize a shared vision of miniaturized, precision electrical therapies. Together, we can rapidly accelerate the pace of progress in this exciting field, to develop innovative medicines that truly speak the electrical language of the body.”