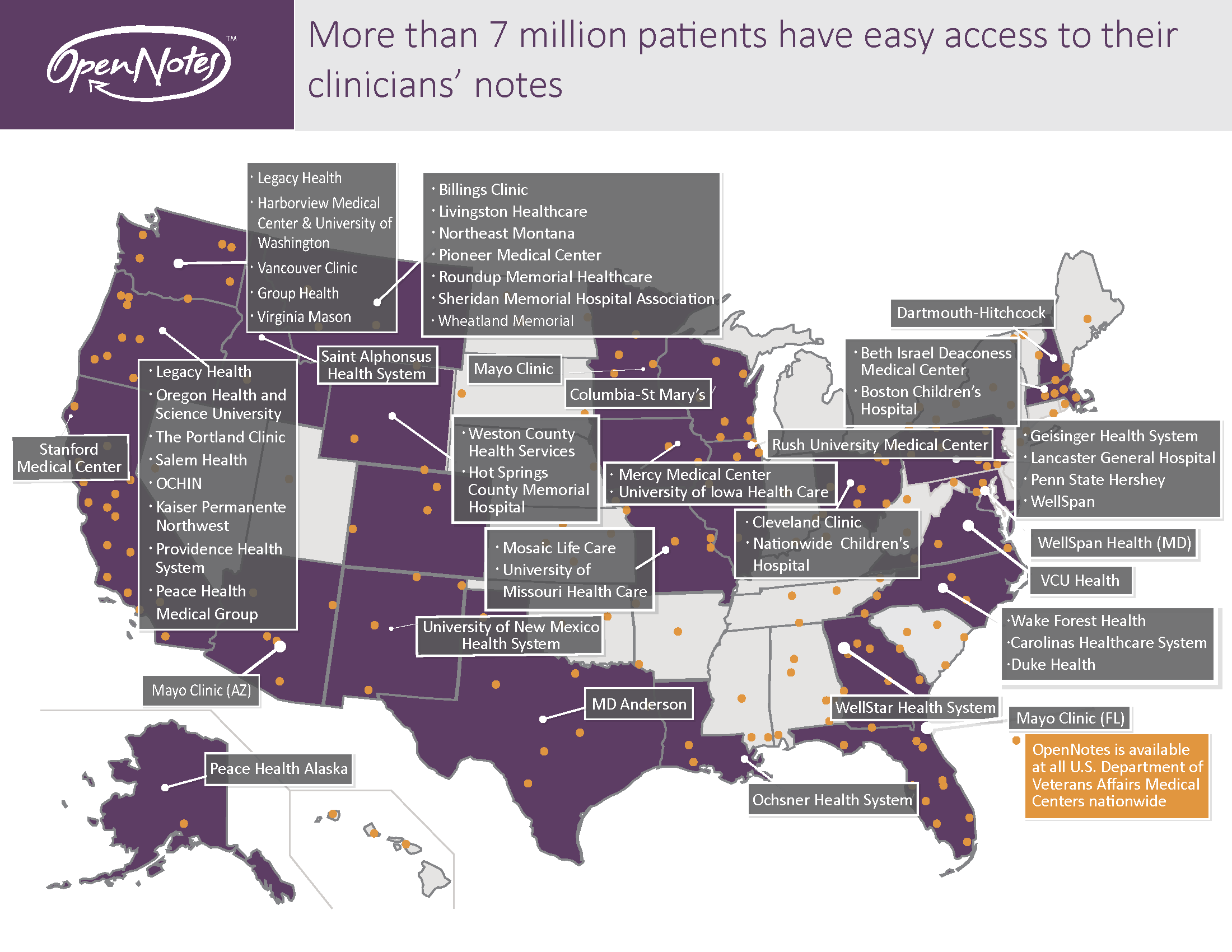 The Association of Medical Directors of Information Systems (AMDIS) and OpenNotes, today announced a partnership to empower patients by by inviting patients to read and engage with the contents of their medical records.

“These are doctors who are extremely savvy about technology and play a leadership role in advancing the use of technology,” said Homer Chin, MD, who leads efforts to integrate health information technology further with OpenNotes. “While OpenNotes isn’t a technology itself, notes are most easily shared using existing electronic health record (EHR) platforms. This partnership allows these doctors to continue to use their knowledge to do the right thing for patients. We share the goal of getting patients, and often their families, literally ‘on the same page’ with their doctors.”

“Our research supports those findings and suggests that OpenNotes may be a powerful way to enhance engagement,” said Jan Walker, RN, MBA, co-founder of OpenNotes and Assistant Professor of Medicine at Harvard Medical School (HMS) and Beth Israel Deaconess Medical Center (BIDMC). “Patients tell us they feel more in control of their care and are more likely to follow up on recommendations.”

The goal is to expand OpenNotes to 50 million people within three years.

Experience suggests that giving patients access to their clinical notes holds considerable promise for addressing the stubborn challenge of improving medication adherence. More than two-thirds of patients who took medications during the original study reported improving the way they took their medications, a finding that was further validated by researchers at Geisinger Health System in a rigorous scientific study published recently in the Journal of Medical Internet Research. The investigators showed that patients being treated for high blood pressure who were offered open notes were more likely to fill their prescriptions than those without open notes.