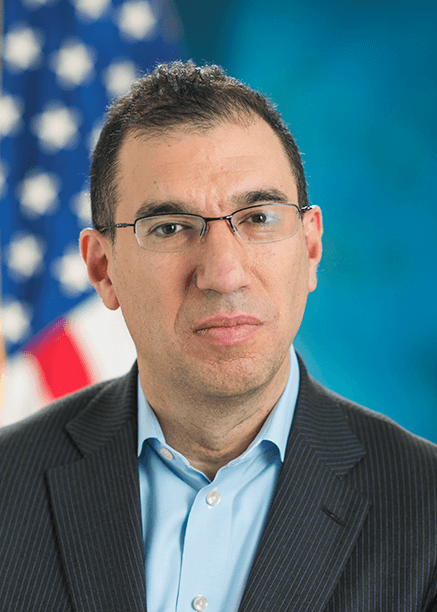 At the J.P. Morgan Healthcare Conference in San Francisco, Mr. Andrew Slavitt, acting administrator at the Centers for Medicare & Medicaid Services (CMS),announced on January 11th that “The meaningful use program as it has existed will now effectively be over, and replaced with something better”, and later clarified on Twitter that:

In 2016, MU as it has existed– with MACRA– will now be effectively over and replaced with something better #JPM16

Meaningful Use is dead. Just like that. No apologies. No nothing. As someone who’s been lamenting the havoc wreaked by the program on both doctors and patients, I should be elated nevertheless. Well, I am not.

Let’s start with appearances. The J.P. Morgan Healthcare Conference is the “largest and most informative healthcare investment symposium in the industry which brings together global industry leaders, emerging fast-growth companies, innovative technology creators, globally minded service providers, and members of the investment community”.

In other words the event is all about money for the millionaire and billionaire class. J.P. Morgan Chase itself is the largest financial institution in the country. It is the embodiment of Wall Street and its death grip on our collective neck. Was this conference really the best place to make such momentous announcement?

Besides, why would these extractors of wealth be interested in the fate of something as obscure as Meaningful Use? Shouldn’t they discuss more lucrative schemes, such as running all possible blood tests on one tiny blood droplet, or how the makers of Microsoft Office and the largest online retailer of everything are going to jointly solve for cancer? Shouldn’t they be analyzing trillion dollar addressable markets of genomic rainbows, and how mergers, acquisitions and inversions can help squeeze whatever is left in the turnips that are you and me?

Of course they should, and they did all that and much more. But changes to the Meaningful Use program are of strategic importance to all other rainbows, grails and unicorns. Why? Because Meaningful Use, other than funneling a respectable amount of billions of dollars into the health tech sector, is the enabler of data collection which fuels all other investment opportunities.

Furthermore, pretty much everything that could be sold to satisfy Meaningful Use, has been sold, so what’s next? As the Meaningful Use money making opportunities are ending, CMS is “moving to a new regime”. Interesting choice of words notwithstanding, the Meaningful Use successor consists of punishing doctors for nebulous “outcomes”, and of course all sorts of new technologies to better transfer all medical data into places where J.P. Morgan clientele can monetize them.

Let’s talk about substance. Meaningful Use has been created by an act of Congress, and enshrined for posterity in a subsequent act of Congress, the Medicare Access and CHIP Reauthorization Act of 2015 (MACRA). It is not clear to me how a political appointee can invalidate acts of Congress at will, although this probably makes perfect sense in the rarefied circles convened by J.P. Morgan. If nothing else, the absolute confidence that Congress will oblige, and the President of the United States will sign whatever is put in front of him/her by the Wall Street lobby, is a perfect illustration of who is running this country and how it is done. A somewhat less politically disheartening explanation is that the demise of Meaningful Use has been greatly exaggerated in this announcement.

Meaningful Use, as we discussed in the past, is not just about onerous burdens on physicians. It is also about regulating design and production of medical software to serve the needs and wants of government and large corporations. From reading Mr. Slavitt’s remarks, I suspect that the latter effort is far from being over and may actually be greatly fortified under the “new regime”. If you design clever software, and mandate its purchase and daily use, there is very little utility in paying users to show their work, which is what Meaningful Use for physicians really meant. You do however want to keep those unwittingly exploited users calm and cooperative, which may explain why CMS wants to “get the hearts and minds of physicians back”.

Related: In Retrospective, Meaningful Use was Meaningless

Enter the American Medical Association (AMA). While across the ocean, the British Medical Association (BMA) is aggressively supporting its striking members in a nationwide struggle for the soul of medicine, the AMA is launching a “Silicon Valley integrated innovation company” to monetize its members in service to the new CMS regime. In a fortuitous coincidence, the creation of this new “stand-alone, for-profit entity”, Health2047, was announced in San Francisco on the same day the J.P. Morgan conference was convened. The goal of Health2047 is to leverage physicians’ expertise to “help forge new paths and bring commercial solutions to market faster”, and of course to make boatloads of money for investors, including the AMA.

Meaningful Use is dead. Long live something better! And what is that better something? It is paying physicians for outcomes. It is the use of evidence based medicine. It is interoperability and “user-centered” design. It is Accountable Care Organizations, value, patient centeredness, coordination and such. It is also the making of markets “by leveling the technology playing field for start-ups and new entrants”, because when Epic makes money, nobody on Wall Street or in Silicon Valley gets a piece of the action. It is about engagement and analytics and population health, calculations, penalties, incentives and lots of new technology things. It is “like the second generation iPhone”.

After collectively sinking billions of dollars in Certified EHR Technology over the last five years, hospitals and doctors will now be expected to foot the bill for new software and computer products to support the lifestyles of a new generation of Silicon Valley entrepreneurs and the insatiable greed of the old generation of Silicon Valley investors. Why? Because the next app is sure to fix health care in America. It’s always the next one. There is always “something better” you can buy.

Planned obsolescence, which is fueling the obscene fortunes of Silicon Valley and destroying life everywhere else, has finally arrived to the $3 trillion health care sector. It took a bit longer than the folks at J.P. Morgan expected, I’m sure, but we’re in business now. Let the good times roll…..