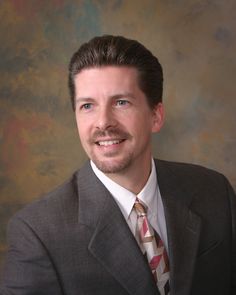 In 2010, the Drug Enforcement Administration (DEA) revised regulations to give prescribers the option to write electronic prescriptions for controlled substances (EPCS) such as opioids and ADHD medications, while permitting pharmacies to receive, dispense, and archive these e-scripts. EPCS increases patient and community safety, too. Doctors document everything discreetly in the patient’s medical record, reducing the chance for transcription errors. EPCS also cuts down instances of copying and forging prescriptions since the doctor’s DEA number is transferred electronically and not on a paper prescription.

Following a successful trial of EPCS in 2014, EPCS is now available to all employed providers who are part of Mercy Health Physicians in Ohio and Kentucky and who regularly prescribe controlled substances, such as attention deficit hyperactivity disorder (ADHD) medication.  We monitor e-prescriptions of controlled substances daily to look for any irregularities and all providers using EPCS review a report listing controlled medications they’ve prescribed to ensure the record is accurate.

We completed our go-live with EPCS in October 2015, not because we didn’t want to implement sooner but because technology has only recently caught up to allow providers to offer these prescriptions safely and securely in conjunction with state and pharmacy compliance. This year, all of those pieces finally aligned so we could use the functionality and roll it out across our enterprise.

The delay in implementing EPCS has had a significant impact on healthcare’s bottom line, when you consider that research from the U.S. Department of Justice finds that e-prescribing could result in an annualized cost savings potential of $700 million. Plus, electronic prescribing of controlled substances (EPCS) can reduce the number of callbacks between pharmacies and prescribers, and can remove the need to store paper prescriptions.

In a June 2015 letter, AAFP Board Chair Reid Blackwelder, M.D., of Kingsport, Tenn., pointed out that despite the release of the interim final rule in 2010 that called for “safe and legal EPCS,” implementation remains out of reach for many because of the agency’s onerous stipulations regarding software compliance among both prescribers and pharmacies, as well as its requirement for a complex, two-factor authentication protocol. It’s one reason only 2.2 percent of medical providers in the country are enabled for EPCS, despite 72 percent of total providers electronically prescribing other medications.

At Mercy Health, we use tokens. In our case, it’s a token device accessed through a smartphone app that gives users a 10-digit code linked to a server. The numbers match and are reset every 60 seconds. In the past we’ve used hard tokens on a keychain but we found our providers preferred this method since they almost always have a phone on them. The process also offers the flexibility for providers to place orders from home when they are on call and wouldn’t necessarily have a fingerprint reader or other biometric measures.

We want to make healthcare easier for patients; EPCS is one way we’re accomplishing that. Aside from their regular 90-day reviews or routine appointments, patients now don’t need to come into the office for a written prescription, wait for the doctor to be in the office, or have a paper prescription they can lose. I know many working parents whose children are on medication for ADHD, for example, for whom this advance will make healthcare more convenient and secure. We’re not stopping there. Mercy Health intends to expand provider access to EPCS to physicians affiliated with Mercy Health, as well as our inpatient physicians. We expect to complete this rollout by late 2016.

All of this ties back to our Mercy Health promise: Making the lives of our patients better by being of service and, most importantly, making healthcare easier. It impacts any prescription that previously would have been required to be written by the DEA – controlled substances like pain medicine but also attention deficit medication. This is really important because our younger pediatric patients and even adults with ADHD often require a paper prescription once a month but the DEA has limits on refills; for others, it doesn’t allow them at all. Offering a chance to overcome these challenges is what made this an exciting project for us, to make the process more streamlined when a provider prescribes a medication. Our patients benefit too. Increased efficiency means their prescriptions go right to the pharmacy, reducing the risk that a paper prescription could be lost or stolen.

While it’s hard to quantify numbers regarding how EPCS has impacted our health system, we have heard anecdotally from many providers, particularly pain management doctors who prescribe medications on a regular basis or PCPs who write a lot of ADHD prescriptions, that this is one of the most significant advances we have offered this year with regard to improving workflow and decreasing administrative time.

Reducing the Burden with Prior Authorization.

The safety, efficiency and convenience of prescribing doesn’t stop here for Mercy Health. We’re also following closely the status of Ohio Senate Bill 129, legislation that presents healthy and efficient modifications for how health insurers conduct prior authorization of prescription medications. Doctors often say the current process causes “significant administrative burden on a physician’s practice and, at times, it can even lead to a delay in the diagnosis and treatment of the patient’s condition.” That’s why Columbus- State Senator Capri S. Cafaro (D-Hubbard) has introduced legislation that will help protect consumers and providers of health care in Ohio. Senate Bill 129, also sponsored by Senator Gardner (R-Bowling Green), would create a standard prior authorization form for medications and treatments and place a time limit on the approval of these requests.

15 other states have recently enacted new legislation aimed at improving the efficiency of prior authorization with measures intended to better communication between patients, providers, pharmacies and insurance companies. The bill would require that all prior authorization requests to have a response within 24 hours for all urgent medical needs and 48 hours for all other medical needs. Failure to comply with the time limit results in an automatic approval. Once a prior authorization form has been approved, an insurance company cannot retroactively deny that request.

Anyone receiving medication for a chronic condition on a regular basis has probably experienced this at some point in their medical care, struggling to find out if an insurance company will preapprove their medication before they can fill or refill it at the pharmacy. Beyond the Ohio bill, Mercy Health is taking steps to streamline this process to make it electronic, something we’re hoping to implement before the end of the first quarter of 2016. The idea here is to reduce the preapproval process, which might take hours or days and moving it down from that timeframe to minutes. While the State of Ohio is making efforts to make prior authorization easier at Mercy Health we plan to integrate these efforts directly into our existing workflow to eliminate the paper process.

We don’t want to wait for legislation to fix this problem, though, because while it will help, the bill won’t really relieve the need to still complete forms. Our goal is to keep every bit of the prescribing process –with both prior authorization and EPCS – within our electronic health record – so our providers don’t have to change their daily routines. Both of these initiatives will make it easier for us to deliver excellent care, it’s true, but ultimately it’s the patient who benefits from an easier and safer healthcare experience. That’s our true mission.

Stephen Beck, MD, FACP, FHIMSS, currently serves as Chief Medical Informatics Officer at Mercy Health . He has nearly 20 years of experience in planning, implementation, training and follow-up of EHR installations in civilian and military populations and was one of the first physician users of a fully integrated EHR in Southern Ohio. He is a Fellow of both HIMSS and the American College of Physicians and serves on the HIMSS Quality, Cost and Safety Committee. Email him at srbeck@mercy.comor follow him on Twitter (@StephenBeckMD).