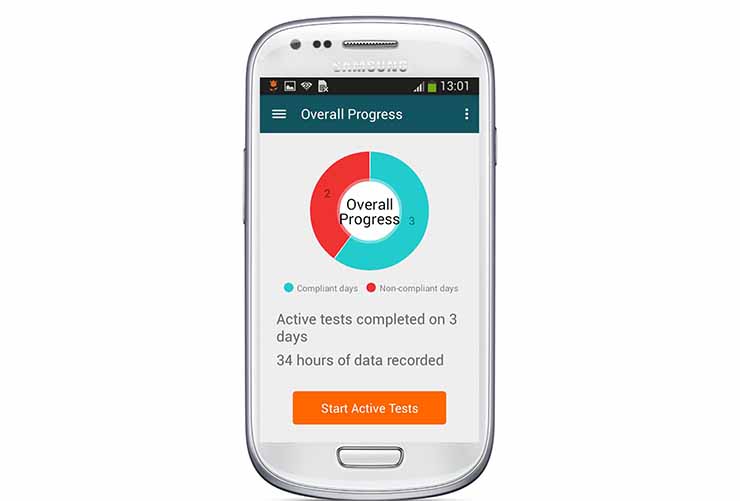 Roche Pharma Research & Early Development (pRED) has developed a smartphone app for those with Parkinson’s disease that complements traditional physician-led assessments with automated tests that continuously measure their symptom fluctuations. According to Roche, this could potentially be the first time that such an app has been used to measure disease and symptom severity in a medicine development program in Parkinson’s disease. Developed in consultation with Max Little, a pioneer in PD app development, the app is currently being used in a Phase I trail run by Prothena, in collaboration with Roche in PD. The project has been presented to the Michael J. Fox Foundation for Parkinson’s Research.

“In clinical trials in this area, disease disability and impairment are traditionally measured by physician assessments using the Unified Parkinson’s Disease Rating Scale (UPDRS). However, these are limited to the specific times that patients go for an appointment with their physicians. The app will enable continuous measurement of PD fluctuation every day and throughout the day. Ultimately, we hope the app can be used in future clinical development to enable  more objective measures on response to treatment to complement doctor assessments,” said Anirvan Ghosh, Head of Neuroscience Discovery for pRED.

For the duration of the trail, patients will be asked to follow a daily routine using the app. The routine will consist of six active tests followed by passive monitoring. These assessments are designed to provide information on a person’s symptoms, their progress and impact on daily life. The active tests will ask patients to do a series of 30-second long activities. These include:

– Voice test: conducting an “aaah” sound for as long as possible

– Dexterity test: tapping two buttons alternately on the touchscreen with the dominant use hand

– Rest tremor test: holding the smartphone in the hand most affected by the tremor, resting it on the lap and counting back from 100

Equipped with dashboards, data is then collected from the various smartphone sensors. Patients are asked to used the app throughout the day during the trail, including screening, dosing and follow-up, which may last up to a period of about 32 weeks. “Based on this information, investigators can guide patients to use the app more regularly. Additionally, we can also monitor how much data is coming in from the smartphones. Based on this, we can ask investigators to speak with patients who should be using the app more regularly,” points out Christian Gossens, Head of Early Development Workflows, pRED Informatics.

Developed specifically for Android, the app has been deployed to the trial on a Samsung Galaxy S3 Mini. Roche provides patients with dedicated, preconfigured smartphones for the sole purpose of remote patient monitoring via the app.