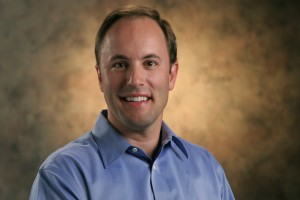 McKesson Ventures, the venture capital arm of McKesson Corporation, has appointed Dave Schulte as the new managing director, effective September 8, 2015. Schulte joins McKesson from Kaiser Permanente Ventures where he served as vice president and managing director. In his role at McKesson, Schulte will be responsible for co-leading the development and management of the McKesson Ventures portfolio alongside group leader Tom Rodgers.

McKesson Ventures, established in December 2014, has made minority investments in Carena, a telemedicine provider; Accolade, a concierge health care navigation and employee health engagement platform;PipelineRx, a technology and services platform company focused on telepharmacy, and Rock Health’s seed fund, among others. The fundtargets companies that are both enabling and benefitting from disruptive changes affecting the health care industry, including increasing consumerism, emergence of alternate delivery models and the shift towards value based care.

Prior to KP Ventures, Schulte was a software and health care investment banker at J.P. Morgan (Hambrecht & Quist), UBS, and Piper Jaffray. He is a graduate of St. John’s University and earned a Master of Public Policy degree from Harvard University.