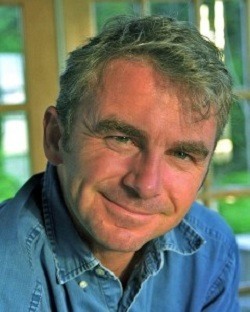 Getting legislation through Congress—often a monumental battle—is one thing. But implementing new laws may be a greater challenge simply because they require so much sustained energy and attention.

Congress passed the Mental Health Parity Act (MHPA) championed by Sens. Paul Wellstone (D-MN) and Pete Domenici (R-NM) in 1996. The law prohibits employee-sponsored group health plans from charging more in a year or over a lifetime for mental health care than for medical or surgical care. The MHPA doesn’t make health plans cover mental health, it just says they can’t charge more if it is included.

In 2008 Congress passed the Mental Health Parity and Addiction Equity Act (MHPAEA) to cover the gaps in MHPA. Now a proposed rule related to MHPAEA would require Medicaid and Children’s Health Insurance Program (CHIP) managed-care plans to cover mental health and addiction treatment at the same level as medical and surgical care.

If you’re not keeping track, that’s almost 20 years between passing the initial MHPA legislation and a proposed rule suggesting a failure to treat mental illness and addiction damages lives and hampers the economy.

The troubling element of the Mental Health Parity saga is not that Congress has to keep going back and adding more layers. It’s common to revisit legislation and tweak it a bit. Rather, the disconcerting truth is that the legislation has not achieved its goal of actually treating the addicted and mentally ill. Yes, volumes of legislation have been unsuccessful, but this is a challenge we probably can’t afford to shrink from if we hope to truly provide holistic treatment and lessen the impact of healthcare on the economy.

Closing a wound or treating cancer is pretty straightforward in terms of diagnosis. We can know that the problem exists. With mental illness or addiction, there is no hard evidence besides the patient’s behavior, which society can still attribute to personal flaws, bad choices, poor parenting, etc.

Writing in the online magazine Slate, psychotherapist Darcy Lockman describes being contacted by a patient’s insurance company about the projected duration of his treatment. When told that therapy could constructively last five years, the insurance company representative says, “he is certainly welcome to do that, but we are not going to pay for it.”

The response is understandable. Insurance is a business, and businesses must minimize costs. In the case of insurance, they do so by paying only for what is a “medical necessity.” And, of course, what seems absolutely necessary to a therapist appears much less so to the insurance company.

Lockman is not without perspective on this disconnect.

“One could certainly make a case for health insurance not covering psychotherapy at all,” she writes.  “Why should an insurer be obligated to pay for a treatment that relieves emotional suffering? Is that not a luxury, like massage, that could come out of pocket?”

What’s needed is an agreed-upon definition of equivalence of services between mental health/addiction benefits and medical/surgical benefits. Currently there is no equivalency between an extensive addiction treatment program and anything in internal medicine. “Full parity demands that standards of evidence be applied consistently across mental health/substance use and medical/surgical treatments,” writes a team of policy consultants in an April 2014 Health Affairs journal “Health Policy Brief.”

One great frustration for Mental Health Parity advocates is that there is frequently no one to provide necessary treatment when a patient is diagnosed with some kind of behavioral health ailment. A 2009 Health Affairs article by Peter Cunningham found that two thirds of primary care physicians were unable to find a mental health professional to care for a patient after diagnosis.

In immediately dire situations, finding a facility to house the mentally ill is equally challenging, if not more so. In a series on mental illness in America by USA Today, Robert Glover, executive director of the National Association of State Mental Health Program Directors, says that states cut $5 billion from mental health services and eliminated at least 4500 public psychiatric beds between 2009 and 2012.

According to a 2012 National Survey on Drug Use and Health by the Substance Abuse and Mental Health Services Administration (SAMHSA), almost 40 percent of adults with severe mental illnesses such as schizophrenia and bipolar disorder received no treatment in the previous year; among those with any kind of mental illness, 60 percent went untreated.

The cracks are very wide

The American healthcare system is as fragmented as an antique vase dropped from the third floor, and untreated mental illness is one price we pay for that fragmentation.

The solution, according to Health Affairs, must include these improvements:

And that coordination must reach across state lines and levels of government. Estimates of the number of homeless nationwide range from 610,000 by the U.S. Department of Housing and Urban Development (HUD) to a staggering 3.5 million by other homeless advocacy groups. According to HUD, roughly one-fifth suffer from a severe mental illness. Among the homeless, the emergency department is usually the only option for medical care, which means we are using the most expensive form of medical care to treat people with no insurance and negligible ability to care for themselves.

The answers for America’s mental health challenges are neither simple nor immediate. In-depth studies showing dramatic cost savings by providing the mentally ill homeless with housing and support have prompted some states to construct apartment buildings and provide counseling. That’s one solution.

But housing and counseling are not panaceas because America does not have a healthcare system. There can’t be a single solution for a disjointed, patchwork approach to fundamental human need. Healthcare is a universal. We all have to have it, some more often than others.

Mental Health Parity legislation is, characteristically, regulation of the insurance industry, not healthcare. Like the Affordable Care Act, it tells insurance companies what they can and cannot do without making associated changes in care provision.

America needs to integrate its healthcare and health insurance industries so that mandating something here makes it possible over there. Information systems must be integrated so ED docs know a patient is schizophrenic when he walks in with a broken hand and can refer him for treatment and perhaps an extended stay in a mental health facility. Of course, there needs to be a local facility to receive that referral.

And, at the ground level, families dealing with mental illness need support so members don’t end up on the streets, wandering and lost.  Yes, Parity legislation is well intentioned and necessary, but it requires an actual system to support it. We still have a long way to go.