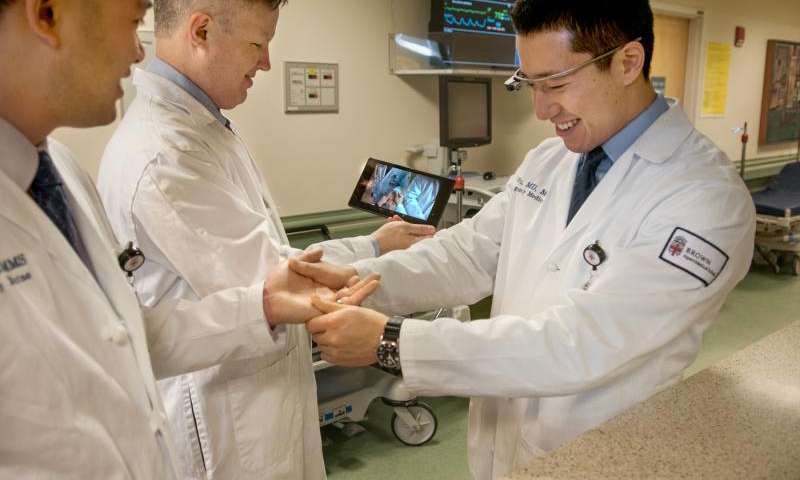 A team of physicians at Rhode Island Hospital conducted a research trail with Google Glass to gauge the effectiveness, security and patient acceptance of a real-time, video skin consultation. The study began in March, 2014 and concluded after six months. The research results were recently published this week in JAMA Dermatology.

For the patients who qualified for the trial, the emergency department physicians at the Rhode Island Hospital used Google Glass to contact a dermatologist through a video link using Glass and utilizing Pristine’s HIPAA compliant platform. Medical staff explained to patients that no information was being stored, and the live transmission was encrypted. After the consultation, patients were surveyed about their experience with teledermatology. Patients reported that while they prefer in-person visits, they preferred the video consult over the traditional phone consult. They also reported that they felt their information was safe.

The study did report several limitations including: – Because of the small size and single-site status, results cannot be generalized to other institutions; – the accuracy of the diagnosis in the cases wasn’t measured – financial and workflow effects of the device weren’t addressed “A device like this democratises telemedicine because a hospital can start a programme with little money and gain access to an experience that was only previously available at a much higher price point,” said Paul S Porter, principal investigator. Because of the interactive nature of using Glass, the teledermatologists were able to appreciate both non-specific skin eruptions and skin diseases. Additionally, the off-site doctors were able to interact with the on-site doctors by asking questions and requesting additional skin locations to examine. Rhode Island Hospital was the first hospital in the US to test Google Glass in an emergency department setting.