Close to 30 million people in the US alone suffer from hearing impairment. Researchers at Georgia Tech have developed a Google Glass app especially designed for the hearing impaired called Captioning on Glass (CoG). How does the technology work? Is it genuinely useful to the hearing impaired? What are the pitfalls of the app? While some researchers say that it is possible, others deny it.

How does Google Glass work for the hearing impaired? 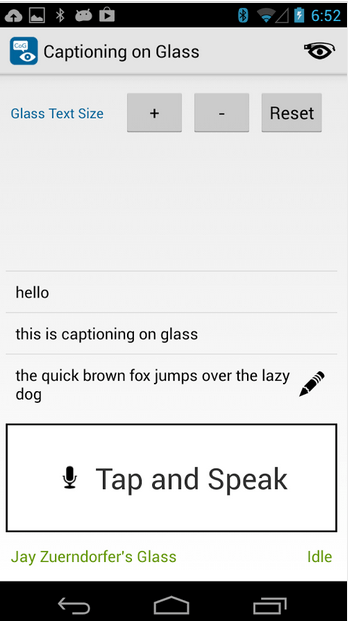 A Georgia Tech research team is credited with creating the CoG app for Google Glass that is taking the Glass into newer territory by making it usable to those with hearing impairments or even those who are completely deaf. The CoG app can be used by Android users as of 2014, but it has not yet been optimized for pairing with iOS devices.

A hearing impaired person wearing Google Glass can download the app on his/her Glass from MyGlass. He/She can then download the app that helps pair Glass with nearby Android devices. The wearer can also choose to pair Glass with Android devices with which he/she has previously communicated. Once the devices are paired, the speech of the other person will appear in the form of text on Glass, when they speak directly into their smartphones. Glass basically converts the voice into text and displays it on its screen. Once a device is paired with Glass, it will automatically detect the device when it is in the vicinity of the wearer.

Glass users who can read lips, can have a direct conversation without any help from CoG. They can refer to the text if they miss out any part of a sentence that has been spoken, or if they are trying to answer a complicated question and need to see the question again to frame an appropriate answer.

“This system allows wearers like me to focus on the speaker’s lips and facial gestures,” said School of Interactive Computing Professor Jim Foley in a statement. “If hard-of-hearing people understand the speech, the conversation can continue immediately without waiting for the caption. However, if I miss a word, I can glance at the transcription, get the word or two I need and get back into the conversation.”

There are a number of benefits of using the app for Google Glass users who have hearing impairments. Some of the advantages are:

– They can easily follow conversations without missing out on important points

– The app is compatible with the widely-used Android devices

– Glass features a microphone, but using a separate device to speak into helps eliminate errors in transcription by reducing background noise as the device is close to the speaker

Among the important aspects to be considered in assessing the feasibility and usefulness of CoG is the cost of Google Glass. Priced at $1500, it is an expensive device and not everyone can afford it at the moment. Even if a person can afford it, the fact that Glass has not been received well by some sections of the public is a deterrence for CoG. There have been instances where Glass wearers have been verbally or physically attacked for using the gadget in public. A number of establishments in the US, especially pubs and bars, have banned the use of Glass within their premises. People do not yet trust Glass because only few understand the technology and its various applications in daily life.

The road ahead for CoG is yet to unfold, and its success will largely depend on how well Glass is received in the market on its second outing. However, if the technology takes off, it could be a great tool for the hearing impaired. The same researchers are now trying to use the technology to develop similar Glass apps that can translate speech into different languages, further helping improve communication not just with the hearing impaired, but between people who cannot speak or are not fluent in the same language.

For more information, watch the video below: 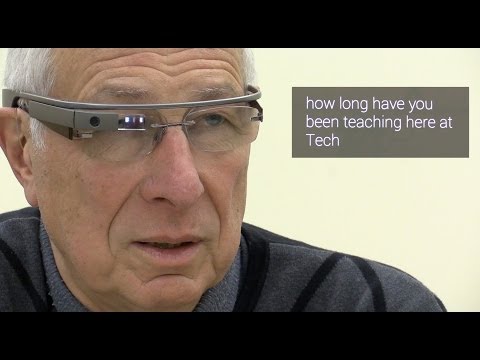